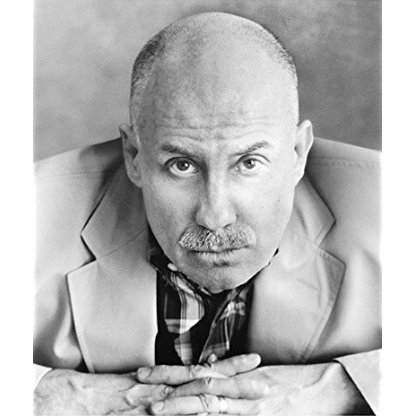 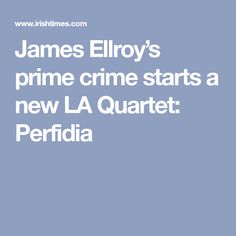 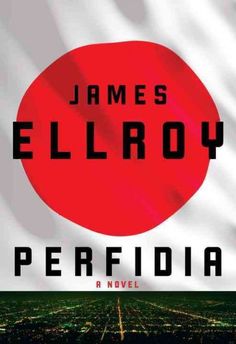 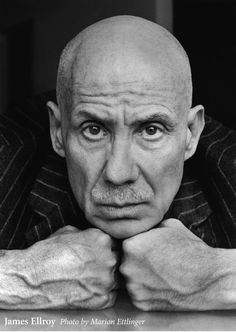 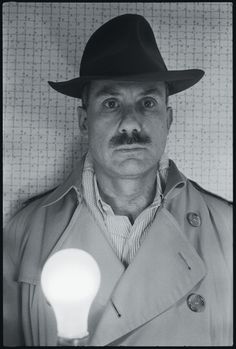 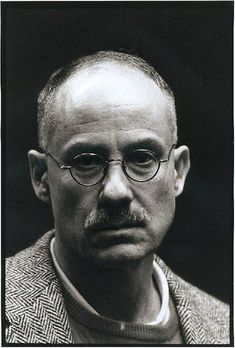 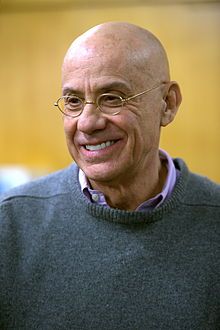 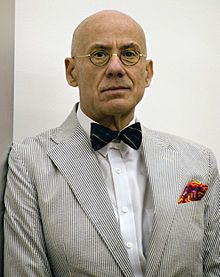 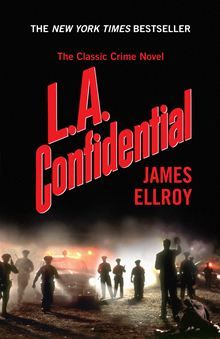 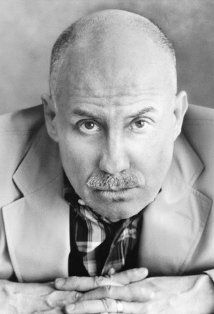 Good evening peepers, prowlers, pederasts, panty-sniffers, punks and pimps. I'm James Ellroy, the demon dog with the hog-log, the foul owl with the death growl, the white knight of the far right, and the slick trick with the donkey dick. I'm the author of 16 books, masterpieces all; they precede all my future masterpieces. These books will leave you reamed, steamed and drycleaned, tie-dyed, swept to the side, true-blued, tattooed and bah fongooed. These are books for the whole fuckin' family, if the name of your family is Manson.

Ellroy's inability to come to terms with the emotions surrounding his mother's murder led him to transfer them onto another murder victim, Elizabeth Short. Nicknamed the "Black Dahlia," Short was a young woman murdered in 1947, her body cut in half and discarded in Los Angeles, in a notorious and unsolved crime. Throughout his youth, Ellroy used Short as a surrogate for his conflicting emotions and desires. His confusion and trauma led to a period of intense clinical depression, from which he recovered only gradually.

In 1981, Ellroy published his first novel, Brown's Requiem, a detective story drawing on his experiences as a caddie. He then published Clandestine and Silent Terror (which was later published under the title Killer on the Road). Ellroy followed these three novels with the Lloyd Hopkins Trilogy. The novels are centered on Hopkins, a brilliant but disturbed LAPD robbery-homicide detective, and are set mainly in the 1980s.

After a second marriage in the mid-1990s to Helen Knode (author of the 2003 novel The Ticket Out), the couple moved from California to Kansas City in 1995. In 2006, after their divorce, Ellroy returned to Los Angeles. He is a self-described recluse who possesses very few technological amenities, including television, and claims never to read contemporary books by other authors, aside from Joseph Wambaugh's The Onion Field, out of concern that they might influence his own. However, this does not mean that Ellroy does not read at all, as he claims in My Dark Places to have read at least two books a week growing up, eventually shoplifting more to satisfy his love of reading. He then goes on to say that he read works by Dashiell Hammett and Raymond Chandler.

In 2008, Daily Variety reported that HBO, along with Tom Hanks's production company, Playtone, was developing American Tabloid and The Cold Six Thousand for either a miniseries or ongoing series. In a 2009 interview, Ellroy himself stated, "All movie adaptations of my books are dead."

Ellroy frequently has espoused conservative political views, which have ranged from a vague anti-liberalism to authoritarianism. In an October 15, 2009, Rolling Stone interview, Ellroy said that in the 1960s and 1970s "I was never a peacemaker; I was a fuck-you right-winger." He has also been an outspoken and unquestioning admirer of the Los Angeles Police Department (despite his explicit depictions of brutality, corruption and Machiavellian bureaucratic scheming in the LAPD that appear in some of his works), and he dismisses the department's flaws as aberrations, telling the National Review that the coverage of the Rodney King beating and Rampart police scandals were overblown by a biased media. Nevertheless, like other aspects of his persona, he often deliberately obscures where his public persona ends and his actual views begin. When asked about his "right-wing tendencies," he told an interviewer, "Right-wing tendencies? I do that to fuck with people." Similarly, in the film Feast of Death, his (now ex-) wife describes his politics as "bullshit," an assessment to which Ellroy responds only with a knowing smile. Privately, Ellroy opposes the death penalty and gun control (he owns over 30 guns). Of the current political environment, Ellroy told Rolling Stone in 2009:

In a 2012 interview, when asked about how movie adaptations distort his books, he remarked, "[Film studios] can do whatever the f–k they want as long as they pay me."

Ellroy is currently writing a "Second L.A. Quartet" taking place during the Second World War, with some characters from the first L.A. Quartet and the Underworld USA Trilogy returning younger. The first book, Perfidia, was released on September 9, 2014. The second book is titled This Storm which has a release date of September 2018

In an October 13, 2017 interview with The New York Times Hanks stated he would be interested in playing the part of Lloyd Hopkins if a film or stage adaptation was put into production.

Shortly after viewing three hours of unedited footage for Brian De Palma's adaptation of The Black Dahlia, Ellroy wrote an essay, "Hillikers," praising De Palma and his film. Ultimately, nearly an hour was removed from the final cut. Of the released film, Ellroy told the Seattle Post-Intelligencer, "Look, you’re not going to get me to say anything negative about the movie, so you might as well give up." He had, however, mocked the film's Director, cast, and production design before it was filmed.