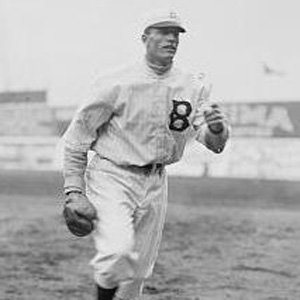 MLB first baseman who played 15 seasons before his death in 1924.

He started working in coal mines in Pennsylvania at the age of 11.

He had a son, George, and daughter, Louisa, with his wife Gertrude.

He once had the record for most games played by a first baseman in Brooklyn Dodgers history, a record later broken by Gil Hodges.