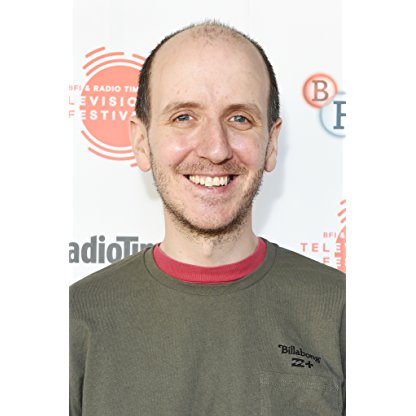 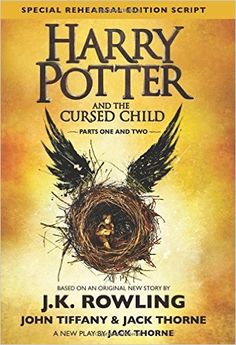 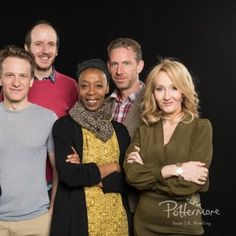 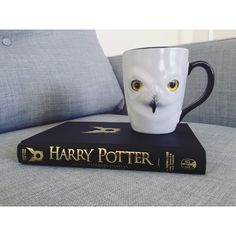 Thorne's plays for stage include When You Cure Me (Bush Theatre, 2005), Fanny and Faggot (Finborough Theatre and tour 2007), Stacy (Arcola Theatre and Trafalgar Studios, 2007), Burying Your Brother in the Pavement (Royal National Theatre Connections Festival 2008), 2 May 1997 (Bush Theatre 2009), Bunny (Underbelly and tour 2010) which won a Fringe First at the 2010 Edinburgh Festival and Hope (Royal Court Theatre, 2014). He also collaborated on Greenland (2011) with Moira Buffini, Penelope Skinner and Matt Charman at the National Theatre.

Thorne was educated at St. Bartholomew's School, Newbury, Berkshire. He matriculated in 1998 at Pembroke College, Cambridge.

Thorne has written four plays for radio; an adaptation of When You Cure Me (BBC Radio 3, 2006), Left at the Angel (BBC Radio 4, 2007), an adaptation of The Hunchback of Notre Dame (co-written with Alex Bulmer, BBC Radio 4, 2009) and People Snogging in Public Places (BBC Radio 3, 2009). The latter won him the Sony Radio Academy Awards Gold for Best Drama 2010. The judges described it "as a wonderfully written and performed, highly original piece of radio drama in which the production perfectly mirrored the subject. Painful and funny, it was a bold exciting Listen." A Summer Night (BBC Radio 3, 2011) was Thorne's response to the 2011 London riots, transmitted live as part of the Free Thinking festival.

Thorne's first film The Scouting Book For Boys was released in 2009, it won him Best Newcomer at the London Film Festival. The jury said, "Jack Thorne is a poetic Writer with an end-of-the-world imagination and a real gift for story-telling.". Thorne has been commissioned to write feature films for producers both sides of the Atlantic, with credits including War Book starring Sophie Okonedo which Tom Harper directed, and A Long Way Down starring Pierce Brosnan, Toni Collette and Aaron Paul (directed by Pascal Chaumiel) based on the novel by Nick Hornby.

Thorne has written for the TV shows Skins and Shameless. He co-created Cast-offs (nominated Royal Television Society Best Drama series 2010), and has co-written This Is England '86, This Is England '88 and This Is England '90 with Shane Meadows. In August 2010, BBC Three announced Thorne would be writing a 60-minute, six episode supernatural drama for the channel called Touch, later re-titled The Fades. In 2012, he won BAFTA awards for both drama series (The Fades) and serial (This Is England '88). In 2014 the Thorne's original rural teen murder drama Glue premiered on E4 and the show was nominated Best Multichannel Programme and the 2015 Broadcast Awards. In autumn of 2015 This Is England '90 transmitted on Channel 4 and earned Thorne a Best Series Award at the Jameson Empire Awards 2016 and the BAFTA for Best-Mini Series in 2016. Next, the pan-European Diamond heist thriller for Sky Atlantic The Last Panthers, which aired in the UK in September 2015 was BAFTA nominated for Best Drama Series. To round up a hat-trick of nominations at the 2016 BAFTA TV Awards Thorne's BBC 3 single Don't Take My Baby was nominated and went on to win the BAFTA for Best Single Drama.

In 2011 he participated in the Bush Theatre's project Sixty Six Books, for which he wrote a piece based upon a book of the King James Bible.

In 2012, People Snogging in Public Places was produced and broadcast by France-Culture (in the Fictions / Drôles de drames slot) under the French title of Regarder passer les trains (translator: Jacqueline Chnéour).

On 8 May 2013 Thorne was hired to adapt a film adaptation of Wonder; a 2012 novel of the same name by R.J. Palacio, which was co-written alongside Steve Conrad, and Stephen Chbosky with latter signed on to direct the film and starring Julia Roberts, Owen Wilson, and Jacob Tremblay in which the film was released on 17 November 2017. On 2 August 2017, it was announced he would rewrite the script for Star Wars: Episode IX, but on 12 September 2017, he was replaced by J.J. Abrams and Chris Terrio.

In summer 2015, his play The Solid Life of Sugar Water premiered at the Edinburgh Festival Fringe, produced by Graeae Theatre Company and Theatre Royal Plymouth, it then toured in early 2016, with a run at the National Theatre in March 2016.

Thorne's Channel 4 drama National Treasure started on 20 September 2016. In April 2016 it was announced that Thorne would be adapting Philip Pullman's epic trilogy His Dark Materials for BBC One.

In 2017, it was announced that Thorne will write the Damien Chazelle musical drama Netflix series The Eddy.

Thorne’s feature film credits include The Scouting Book for Boys, War Book, A Long Way Down, and Wonder (starring Julia Roberts and Owen Wilson). Thorne is also a prolific Playwright having written the critically acclaimed The Solid Life of Sugar Water, Hope, and adaptations of Let The Right One In, Woyzeck (starring John Boyega) and A Christmas Carol (starring Rhys Ifans). He also wrote the stage play for Harry Potter and the Cursed Child based on an original story by Thorne, J.K. Rowling and John Tiffany which won the Olivier Award for Best New Play in 2017.