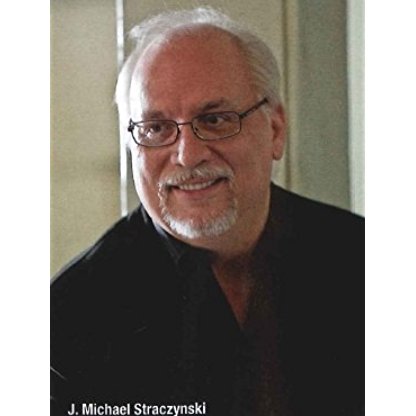 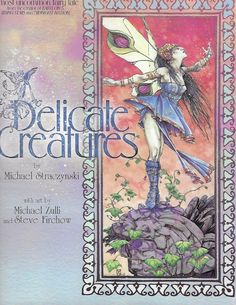 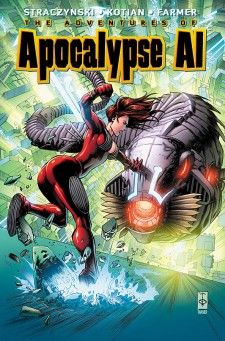 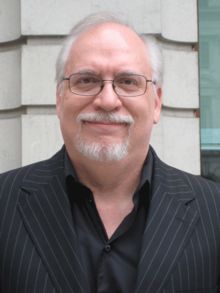 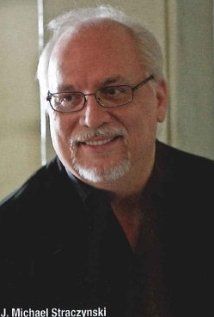 Straczynski began writing plays, having several produced at Southwestern College and San Diego State University before publishing his adaptation of "Snow White" with Performance Publishing. Several other plays were produced around San Diego, including "The Apprenticeship" for the Marquis Public Theater. During the late 1970s, Straczynski also became the on-air entertainment reviewer for KSDO-FM and wrote several radio plays before being hired as a scriptwriter for the radio drama Alien Worlds. He also produced his first television project in San Diego, "Marty Sprinkle" for KPBS-TV as well as worked on the XETV-TV project Disasterpiece Theatre. He worked as a Journalist for the Los Angeles Times as a special San Diego correspondent and also worked for San Diego Magazine and The San Diego Reader, and wrote for the Los Angeles Herald-Examiner, the Los Angeles Reader, TV-Cable Week, and People magazine. Straczynski wrote The Complete Book of Scriptwriting for Writer's Digest. Published in 1982, the book is often used as a text in introductory screenwriting courses, and is now in its third edition.

Straczynski has long been a comic fan, and began writing comics in the late 1980s. His work in comics includes the adaptations of Captain Power and the Soldiers of the Future, The Twilight Zone, Star Trek and Babylon 5. In 1999 he created Rising Stars for Top Cow/Image Comics. Eventually he worked mostly under his own imprint – Joe's Comics – for which he wrote the Midnight Nation miniseries, and the illustrated fantasy parable Delicate Creatures.

He and Kathryn M. Drennan, whom he met at San Diego State, moved to Los Angeles on April 1, 1981. They would marry in 1983, and separate in 2002. He spent five years from 1987 to 1992 co-hosting the Hour 25 radio talk show on KPFK-FM Los Angeles with Larry DiTillio. During his tenure, he interviewed such luminaries as John Carpenter, Neil Gaiman, Ray Bradbury, Harlan Ellison and other Writers, producers, actors and Directors. In 2000, Straczynski returned to radio drama with The City of Dreams for scifi.com. Straczynski is the author of three horror novels—Demon Night, Othersyde, and Tribulations—and nearly twenty short stories, many of which are collected in two compilations—Tales from the New Twilight Zone and Straczynski Unplugged.

Straczynski was a fan of the cartoon He-Man and the Masters of the Universe. He wrote a spec script in 1984 and sent it directly to Filmation. They purchased his script, bought several others, and hired him on staff. During this time he became friends with Larry DiTillio, and when Filmation produced the He-Man spinoff She-Ra: Princess of Power, they both worked as story editors on the show. However, Filmation refused to give them credit on-screen and Straczynski and DiTillio both left and found work with DIC on Jayce and the Wheeled Warriors.

Soon after, the 1988 Writers Guild of America strike began. Straczynski met Harlan Ellison during this time and would later become friends with him.

In late 1991, Warner Bros. contracted with Straczynski and Doug Netter as partners to produce Babylon 5 as the flagship program for the new Prime Time Entertainment Network.

An asteroid, discovered in 1992 at the Kitt Peak National Observatory, was honorarily named 8379 Straczynski.

Marvel Comics then signed him to an exclusive contract, beginning with a run on The Amazing Spider-Man, from 2001–2007. He took over the series with issue #30 (cover dated June 2001). Straczynski and Artist John Romita Jr. crafted an acclaimed story for The Amazing Spider-Man #36 (Dec. 2001) in response to the September 11 attacks. He wrote or co-wrote several major Spider-Man story arcs including "Spider-Man: The Other", "Back in Black", and "One More Day". He later wrote several other Marvel titles including Supreme Power, Strange, Fantastic Four, Thor, and mini-series featuring the Silver Surfer and a "What If" scenario, Bullet Points.

Straczynski also ran Jeremiah, loosely based on the Belgian post-apocalyptic comic of the same name, from 2002-2004. Straczynski ran the series for two seasons but was frustrated with the conflicting directions that MGM and Showtime wanted from the show, and even used the pseudonym "Fettes Grey" for the first time since Spiral Zone on one of the scripts. In the second season, Straczynski decided to leave the show if things did not improve, and the show ended after 2 seasons.

In 2004, Straczynski was approached by Paramount Studios to become a Producer of the Star Trek: Enterprise series. He declined, believing that he would not be allowed to take the show in the direction he felt it should go. He did write a treatment for a new Star Trek series with colleague Bryce Zabel.

In 2005, Straczynski began publishing his Babylon 5 scripts. This process ended in June 2008, with the scripts no longer being available from the end of July of that year. His scripts for the television movies were published for a limited time in January 2009.

After both Babylon 5 and Jeremiah ended, Straczynski transitioned to working as a feature film Screenwriter. In 2006, He was hired to write a feature film based on the story of King David for Universal by producers Erwin Stoff and Akiva Goldsman. In June 2007, it was announced that Straczynski had written a feature screenplay for the Silver Surfer movie for Fox, the production of which would depend on the success of the Fantastic Four: Rise of the Silver Surfer. Additionally, he has written a script for Tom Hanks' Playtone Productions and Universal Pictures called They Marched into Sunlight based upon the Pulitzer nominated novel of the same name and an outline by Paul Greengrass, for Greengrass to direct, should it get a greenlight.

Straczynski announced on February 23, 2007 that he had been hired to write the feature film adaptation of Max Brooks's New York Times-bestselling novel World War Z for Paramount Pictures and Brad Pitt's production company, Plan B, taking screen story credit on the finished film.

In June 2008, Daily Variety named Straczynski one of the top Ten Screenwriters to Watch. They announced Straczynski was writing Lensman for Ron Howard (to whom he had sold a screenplay entitled The Flickering Light), that he was selling another spec, Proving Ground, to Tom Cruise and United Artists. In October 2008, it was announced that Straczynski was engaged to pen a remake of the science fiction classic Forbidden Planet. In the fall of 2009, it was reported that Straczynski was writing a movie titled Shattered Union for Jerry Bruckheimer and Disney. The screenplay, based on the video game of that name, concerns itself with a present-day American civil war.

In 2008, Straczynski wrote a draft of Ninja Assassin for Joel Silver, which he completed in just 53 hours. The film was produced by the Wachowskis and released on November 25, 2009.

When his exclusive contract with Marvel ended, he was announced as the Writer for a run on The Brave and the Bold for DC Comics. He collaborated with Artist Shane Davis on an out-of-continuity original graphic novel starring Superman titled Superman: Earth One. The story features a young Superman and focus on his decision about the role he want to assume in life. On March 8, 2010 it was announced he would be taking over writing duties for the monthly Superman title with a story arc entitled "Grounded", and the Wonder Woman title, beginning with issues 701 and 601 respectively. Less than a year later he was asked by DC to step away from both titles in order to concentrate on the second volume of Superman: Earth One and handed them over to Chris Roberson and Phil Hester to finish his Superman and Wonder Woman stories respectively. In 2012, Straczynski wrote Before Watchmen: Dr. Manhattan drawn by Adam Hughes and Before Watchmen: Nite Owl drawn by Andy Kubert and Joe Kubert. A second volume of Superman: Earth One was released later that same year.

Straczynski is credited as "story writer" along with Mark Protosevich for the 2011 film, Thor. He also makes a cameo appearance in the film, his first appearance in a movie and his second appearance as an actor (the first being "Sleeping In Light," the final episode of Babylon 5). In March 2017, Legendary Entertainment announced that Straczynski, amongst other Writers, had joined their Writers room to help develop the MonsterVerse.

In July 2012, J. Michael Straczynski announced the launch of Studio JMS to produce TV series, movies, comics and, down the road, games and web series. On March 27, 2013 Netflix announced they would produce the show Sense8 with Studio JMS and the Wachowskis, which aired on June 5, 2015, and earned a season 2 announcement by August 10, 2015.

On San Diego Comic-Con 2014, it was announced that Straczynski and Graphic India would team up with Chernin Entertainment to produce a feature film adaptation of his upcoming graphic novel Titans, to be written and produced by Straczynski, through Studio JMS.

At the San Diego Comic-Con in 2015, DC Comics announced The Flash: Earth One, a new graphic novel of its Earth One line to be written by Straczynski, set to be published in 2016.

Straczynski was also hired to adapt Red Mars for Spike TV, based on the Kim Stanley Robinson novels, with Vince Gerardis as Producer. In December 2015, Spike TV gave a 10-episode straight-to-series order to Red Mars, set to premiere in January 2017, with Straczynski serving as Writer, executive Producer, and showrunner through Studio JMS , and production set to begin in Summer 2016. On March 25, 2016 Deadline reported that Straczynski had left his position as showrunner with Peter Noah replacing him but he too left due to creative differences with Spike. Spike has put the series on hold for further development.