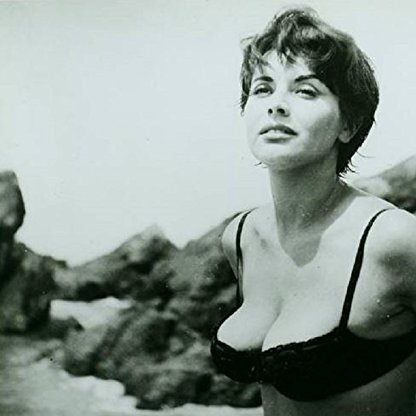 Isabel Sarli was born on July 09, 1935 in  Concordia, Entre Rios, Argentina, Argentina, is Actress, Producer. Isabel Sarli was discovered by filmmaker Armando Bo and became the star of his films, starting with El trueno entre las hojas (1957) in 1956. Her nude scenes in this drama --a first in Argentinian cinema-- and their subsequent soft-porn movies were highly criticized and condemned in Argentina. In spite of censorship and persecution, she became an international star, filming in Brazil, Uruguay, Paraguay, Mexico, Panama and Venezuela, and films like Fuego (1969) and Fiebre (1971) reached the American and European markets. Although she was very funny in sex comedies like La mujer del zapatero (1968), Bo insisted in casting her in naturalistic melodramas. After his death in 1981, Isabel Sarli retired and only appeared sporadically in other directors' films.
Isabel Sarli is a member of Actress 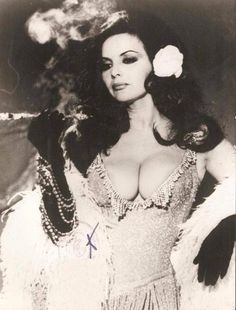 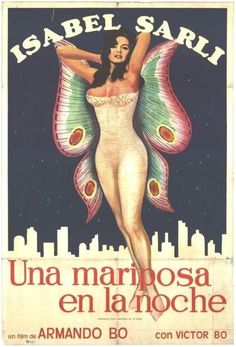 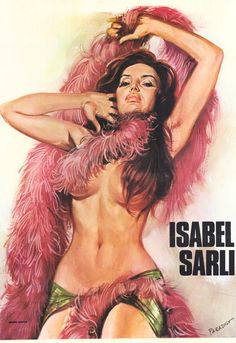 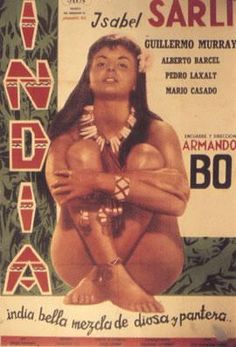 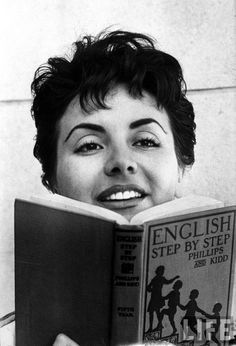 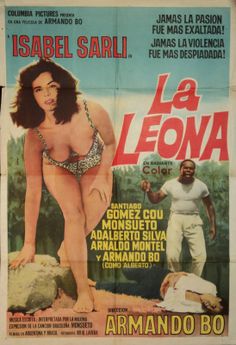 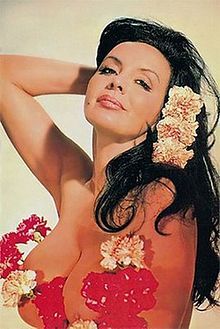 In 1955 she was chosen Miss Argentina and met the then Argentine President, Juan Domingo Peron.

In June 1956, she met Armando Bo on a TV show, who later offered her the opportunity to star in El trueno entre las hojas (Thunder in the Leaves). Bo convinced Sarli to be naked in a scene in which she bathed in a lake, though she had previously been told she would wear a flesh-colored body stocking. Also, though Bo likewise told Sarli they would shoot from afar, the camera had magnification. The film became the first to feature full frontal nudity in Argentine cinema. She went on to become an international Latin American star and made international headlines for the nude scene. She appeared in Time, Life, and Playboy Magazines, the first Argentinian Actress to accomplish that feat. Bo and Sarli became lovers and she became the primary star of his films till his death in 1981. During this time, Sarli refused many offers to work with another Director, with the exception of Leopoldo Torre Nilsson on Setenta veces siete (The Female: Seventy Times Seven) and Dirk DeVilliers on The Virgin Goddess, her only English film.

The films were controversial at the time and most of them were banned, but this ban led them to be even more successful. Films like Fuego (1969) and Fiebre (1970) reached the American and European markets.

After Bo's death in 1981, Sarli retired from the cinema industry altogether but came back in the mid-90s for Jorge Polaco's picaresque film, La dama regresa (1996). The film was inspired largely by her life and her public image, serving as an homage of sorts. In 2009 she teamed once more with Polaco in Arroz con leche for a bit part.

In 2010, the movie Fuego premiered at the Lincoln Center in New York, where it was shown with English subtitles. It was about this premiere that Time Magazine's critic, Richard Corliss, wrote the review described above.

In 2011 she starred in the movie Mis días con Gloria, where she acted out a character based on herself. The film was her first major role since La dama regresa in 1996. In a radio interview, Sarli said the film had not gone well because of the poor promotion it had received.

On 12 October 2012, it was reported that the Argentine President, Cristina Fernández de Kirchner, had named Sarli as Argentine Ambassador of Popular Culture. The Boletín Oficial de la República Argentina, under Decree 1876/2012, stated:

Before meeting Bo, Sarli was married to Ralph Heinlein and later divorced. Bo and Sarli never married, contrary to the popular belief. Isabel has two adopted children: Martin and Isabelita, who was her goddaughter. As of June 2016, she and her daughter Isabelita were living in Martinez, Buenos Aires.

Film Director John Waters has said that Isabel Sarli's movies had inspired some of his own films. In april 2018, John Waters presented 'Fuego' in Argentina and met Sarli