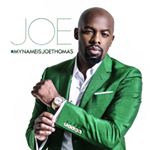 Politician who represented Tennessee in the Fourteenth United States Congress. He later served in the Louisiana Senate.

He began practicing law in Winchester, Tennessee in 1808. He fought during the War of 1812 as a member of the Louisiana Militia.

Beginning in 1819, he was a major Louisiana slaveholder.

He grew up in Sevierville and Winchester, Tennessee. After the death of his first wife, Jane Bullard, he wed Emmeline Flint.

He was a member of the Democrat-Republican Party, a party created by James Madison and Thomas Jefferson.