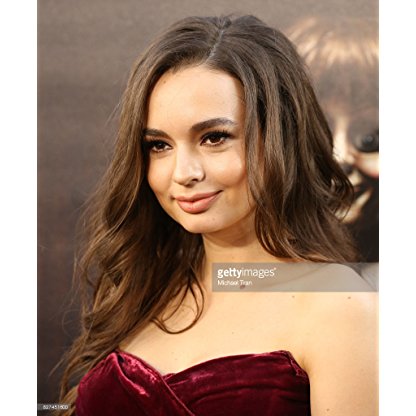 Ingrid Bisu was born in  Bucharest, Romania, Romania, is Actress, Writer, Director. Born in the capital of Romania, Bucharest, Ingrid attended the prestigious German College "Goethe". There, besides the basic German language, she also studied English, French and Latin. During college she started acting, winning the first audition she went to, for an international commercial, with over 300 girls in the competition. Shortly after that, she got her first big part in one of Romania's first sitcoms, "Casatorie de proba" ("Probation Marriage")2004, playing the part of "Flori" a smart and funny teenager. Her first movie role, she plays alongside Ben Kingsley in "Bloodrayne" at only 16. After finishing college, she enrolled at the Hyperion Acting University where she got the highest score on her admission. During that she got to play the part of "Viviana" in the movie - "Tales From The Golden Age", directed by Cristian Mungiu, winner of the "Palme d'Or" at the Cannes Film Festival in 2009. "Tales From The Golden Age" was nominated 6 times at the Cannes Film Festival. Finishing the University on the same high note, Ingrid continued the streak of good films, taking on the part of "Selena" in the movie "Periferic"(Outbound). Wanting to expand her horizon she took parts in big Hollywood movie productions, such as "The Dark Prince" where she plays "Minerva" alongside Jon Voight, and her last film directed by Terry Gilliam, "The Zero Theorem". Although very young she already got to act under the guidance of great film directors, and there's still more to come.
Ingrid Bisu is a member of Actress 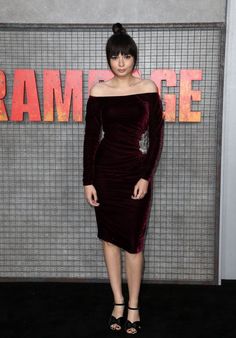 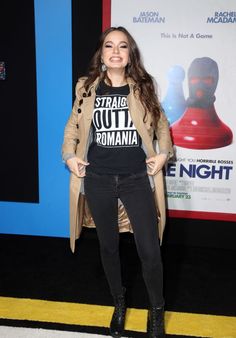 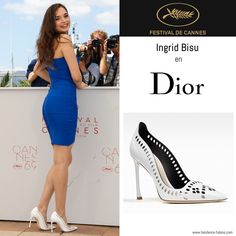 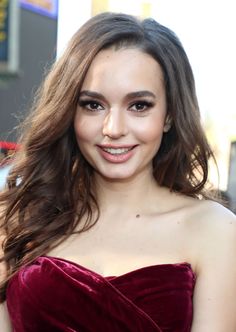 Bisu was born on 15 September 1987 in Bucharest, Romania to Romanian/German parents. She grew up in the German community in Romania, attending the German kindergarten, highschool and college in Bucharest.

In 2003 at the age of 16, Ingrid had her first photoshoot in the teenage magazine "Cool Girl" and then landed her first commercial for Orange S.A. Mobile, which was broadcast in Israel and Romania.

In 2006, Bisu played the lead role of Alice in the drama television movie O Lume A Durerii (A World of Pain), which showed the struggles of teenage women in Romania at the time. Her performance gained the attention of Director Cristian Mungiu, winner of the Palme d’Or at the Cannes Film Festival in 2007 for his movie 4 Months, 3 Weeks and 2 Days. He cast Bisu as Viviana for his series Tales from the Golden Age. The series was nominated six times at the Cannes Film Festival.

Bisu enrolled in the Hyperion Academy of Dramatic Arts in Bucharest. While balancing schooling with her movie and television career, she took the role of Naomi in the drama series 17, Poveste despre destin (2008) on Prima TV, a show about young adults and the repercussions of drugs, violence and other abuse. During university she starred as Bianca in the comedy series Nimeni nu-i perfect (Nobody's Perfect),

After roles in the horror film Slaughter (2009 film) and the Christmas comedy Ho Ho Ho (film), Bisu played the part of Mona/Amie 2 in the movie What War May Bring, directed by Claude Lelouch.

In 2011, Bisu worked with Cristian Mungiu again in her portrayal of Selena, a young girl who resorts to prostitution for the man she loves, in the movie Outbound. The film earned 19 awards and nine nominations at international film festivals, including the Locarno International Film Festival, Viennale. The same year, she became one of the youngest television presenters, for her work as host and Producer on the national morning show on Kanal D Romania (a Turkish network that became one of the biggest networks in Romania). Cafeaua de dimineata (Morning Coffee), was a two-hour live morning news program. Bisu was credited with the concept of "doing something new everyday" to boost the ratings. During every show, she would teach people how to do something themselves or show activities they could try.

In 2012, Bisu was featured in Romanian films such as Sunt o babă comunistă, directed by Stere Gulea, and Roxanne, directed by Vali Hotea. both films with multiple nominations. She played a supporting role as Minerva in the American horror movie Dracula: The Dark Prince in 2013 starring Jon Voight. The same year, she was featured in the science fiction film The Zero Theorem, directed by Terry Gilliam, with Matt Damon and Christoph Waltz. In 2014, she played Brittany White, the host of a five-hour live comedy web series, being broadcast in the United States, called The Super Yolo Sho.

A.O.Scott of The New York Times described the movie and Ingrid's performance: "Early in "Toni Erdmann" — by a wide margin the funniest almost-three-hour German comedy you will ever see — there is a brief discussion, conducted in a sterile modern office building in Bucharest, about the meaning of the English word 'performance.' For Anca (Ingrid Bisu), a young Romanian employed by a global consulting firm, it refers to the way she does her job and, more than that, her ability to obey the norms and protocols of the corporate workplace. Her boss, she explains, gives her 'a lot of feedback,' which is clearly a euphemism.". The film scored a nomination for Best Foreign Film at The Golden Globes in February 2017. The success of Toni Erdmann culminated with a 2016 Academy Award nomination for Best Foreign Language Film

Bisu has joined the supernatural horror film The Nun, New Line Cinema's spinoff of The Conjuring 2, where she plays Sister Oana. The movie is currently filming and is set to premiere July 2018.