Before her career in music, she worked as a model beginning in 2007 under the moniker Nell. In 2010, she released her debut album Hipnotis and continuously released music at a steady pace afterwards.

She has won several awards for her music including the SCTV Music Award for Famous Newcomer Solo Album for Hipnotis in 2011. She is also known for winning the award for Outstanding Female Solo Singer in 2012 at the Dahsyatnya Awards.

She was born and raised in Bogor, Indonesia by her parents Yuyu Wahyuni and Rhondi.

Her music video for "Gerakkan Badanmu" was choreographed by Luam Keflezgy who has worked with several other musical artists including Beyonce Knowles, Alicia Keys, Britney Spears, and Rihanna. 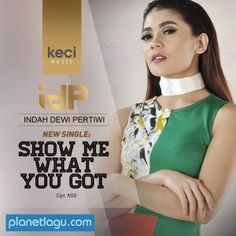