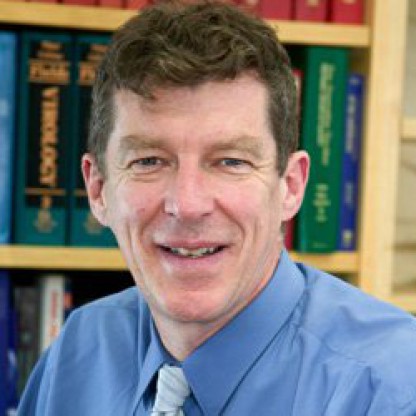 Ian Frazer was born on January 06, 1953 in Glasgow, Scotland, Australian, is Australian scientist. A Scottish-born Australian scientist, Ian Frazer is one of the most recognized names in the field of immunology. His eminent service in medical investigation is noteworthy for it was his research that led to the development of a vaccine against human papillomavirus (HPV) that causes most cervical cancers. From an early age, Frazer was determined to pursue a career in research. Thus, after obtaining a degree in medicine and surgery from University of Edinburgh, he started training himself as a renal physician, investigating the immunological issues associated with transplantation. It was his growing interest in immunology that took him to Australia where he enrolled at the Walter and Eliza Hall Institute and the rest as they say is history. After years of research, he, along with his colleagues, came to the conclusion that there is a connection between HPV and cervical cancer. He also determined that the immune system played a dominant role in the ability to protect against HPV-linked cancer. Presently, Frazer holds the seat of the director of various organizations and institutes aimed at researching immunoregulation and immunotherapeutic vaccines.
Ian Frazer is a member of Scientists 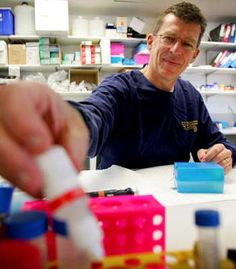 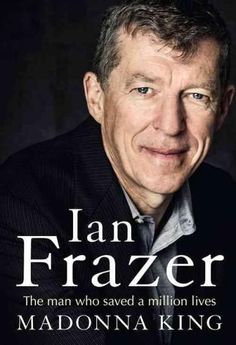 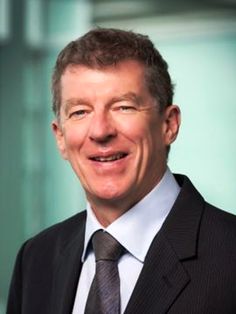 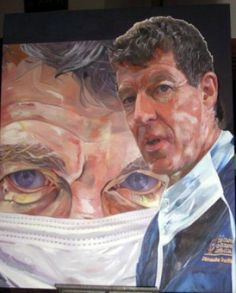 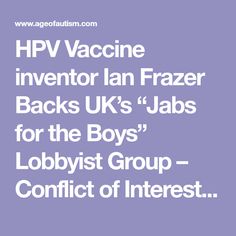 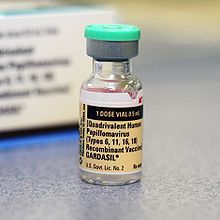 In 1999 Frazer received the Australian Biotechnology Award, and has since received more than twenty awards for science:

In 2012 Frazer was named as a National Living Treasure by the National Trust of Australia (NSW).

On 11 June 2012, Frazer was named a Companion of the Order of Australia (AC) for "eminent service to medical research, particularly through leadership roles in the discovery of the Human Papilloma Virus vaccine and its role in preventing cervical cancer, to higher education and as a supporter of charitable organisations."

Frazer attended Aberdeen private school Robert Gordon's College. He chose to pursue Medicine over an earlier interest in physics due to physics having fewer research opportunities, and he received his Bachelor of Science and Bachelor of Medicine and Bachelor of Surgery, at the University of Edinburgh in 1974 and 1977 respectively. It was during this time that he met his wife Caroline, whom he married in 1976. His 1978–79 residency was in the Edinburgh Eastern General Hospital, the Edinburgh Royal Infirmary and the Roodlands General Hospital in Haddington.

In 1980/81 Frazer emigrated to Melbourne after he was headhunted by Dr. Ian Mackay at the Walter and Eliza Hall Institute of Medical Research to research viral immunology. The institute had impressed Frazer as the dominant publisher of scientific papers on immunology. In 1981 he discovered immunodeficiency afflicting homosexuals in San Francisco was also found in the gay men in his hepatitis B study, and in 1984 helped to confirm that HIV was a cause. It was also found that another sexually transmitted virus was having a surprising effect: the human papilloma virus (HPV) infection seemed to be inducing precancerous cells.

In 1985 he moved to the University of Queensland as a Senior Lecturer, with the opportunity to establish his own research laboratory. It was here in the Lions Human Immunology Laboratories he continued to research HPV in men, and contributed to HIV research. During this time Frazer also taught at the university and ran diagnostic tests for the Princess Alexandra Hospital and received his Doctor of Medicine qualification in 1988.

On a 1989 sabbatical he met Virologist Jian Zhou, and the two considered the Problem of developing a vaccine for HPV – a virus that cannot be cultured without living tissue. Frazer convinced Zhou to join him, and in 1990 they began to use molecular biology to synthesize particles in vitro that could mimic the virus. In March 1991 Zhou's wife and fellow researcher, Xiao-Yi Sun, assembled by Zhou's instructions two proteins into a virus-like particle (VLP), resembling the HPV shell, from which HPV vaccine would ultimately be made. (The vaccine completely protects unexposed women against four HPV strains responsible for 70% of cervical cancers, which kill about 250,000 women annually.) Frazer and Zhou filed a provisional patent in June 1991 and began work on developing the vaccine within UQ. To Finance clinical trials, Australian medical company CSL, and later Merck, were sold partial patents. (CSL has the exclusive license to sell Gardasil in New Zealand and Australia, Merck the license elsewhere.) GlaxoSmithKline independently used the same VLP-approach to develop Cervarix, under a later US patent, licensing Frazer's intellectual property in 2005.

Later in 1991 the research was presented at a US scientific meeting, and Frazer became Director of the Centre for Immunology and Cancer Research at the University of Queensland (later renamed The Diamantina Institute for Cancer, Immunology and Metabolic Medicine, where he held a personal chair as director). After three years in design, Gardasil went into testing, and Frazer became a Professor in the University's Department of Medicine. In 1998 Frazer completed the first human trials for Gardasil, and became an Australian citizen.

In 1999 Frazer received the Australian Biotechnology Award, and has since received more than twenty awards for science:

Frazer administered the first official HPV-vaccination, and was made 2006 Queenslander of the Year and Australian of the Year.

After 2009 reports of adverse Gardasil reactions, Frazer said "Apart from a very, very rare instance where you get an allergic reaction from the vaccine, which is about one in a million, there is nothing else that can be directly attributable to the vaccine." Ian Frazer is one of the "most trusted" Australians, and some critics have accused Gardasil's advocates of exploiting patriotism to promote its rapid Australian release. (Australia's government had the world's most generous coverage for the drug, though it is the nation with the lowest cervical cancer mortality.)

Ian Frazer lives in Brisbane, Australia with his wife Caroline. As of 2010, two of his sons are medical students and the third is a veterinary scientist.

Since February 2011, Frazer has been the CEO and Director of Research at the Translational Research Institute, a joint initiative of The University of Queensland, Queensland University of Technology, the Mater Medical Research Institute and the Princess Alexandra Hospital. He is researching immunoregulation and immunotherapeutic vaccines, supported by several US and Australian research funding bodies. He is working on a VLP-based vaccine against hepatitis C, and is researching extensions to the VLP production Technology for dengue fever and Japanese encephalitis vaccines. Frazer expects (50% effective) HIV vaccines to be available by 2028. He is already overseeing trials of the first vaccine for skin cancer (the Squamous cancer, caused by HPV) which might be ready before 2020.

On 11 June 2012, Frazer was named a Companion of the Order of Australia (AC) for "eminent Service to medical research, particularly through leadership roles in the discovery of the Human Papilloma Virus vaccine and its role in preventing cervical cancer, to higher education and as a supporter of charitable organisations."

In February 2014, it was announced that Frazer's new vaccine against genital herpes has passed human safety trials in a trial of 20 Australians. The vaccine is designed to prevent new infections.

Frazer is the inaugural holder of the Queensland Government Smart State premier’s fellowship, worth $2.5 million over 5 years. He has held continuous research funding from the National Health and Medical Research Council (NHMRC) since 1985, mostly relating to papilloma viruses or tumor immunology. He is currently a joint Chief Investigator on an NHMRC program grant and a NHMRC/Wellcome program grant, together worth more than $2 million a year.