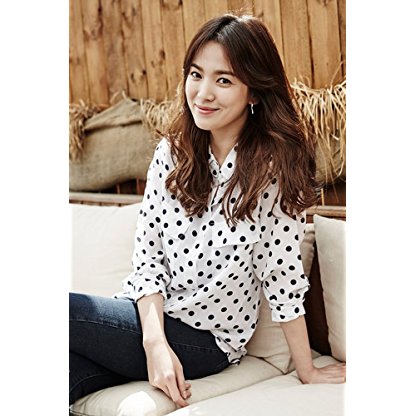 When Song was born, she was sick and her parents and doctors thought that she would not survive. Upon her recovery, Song's parents registered her birth on February 26, 1982 (instead of her actual birthdate, November 22, 1981).

In 1996, the 14-year-old Song, then a third-year junior high school student, won first place in the SunKyung Smart Model Contest, and she made her entertainment debut as a model for the school uniform company. This led to her being cast in a small role in her first television drama, First Love. She would continue to appear in a string of various dramas and sitcoms, notably Soonpoong Clinic. But it wasn't until the KBS drama Autumn in My Heart in 2000 with Song Seung-heon and Won Bin that she rose to fame in Korea and throughout Asia. The romantic melodrama series was a ratings success, pioneering a trend in Korean melodramatic series and launching a fever that is commonly referred to as the "Korean Wave" and leading to Song becoming a Hallyu star.

In April 2003, Song and actor Lee Byung-hun declared to the public that they were in a relationship. In June 2004, they decided to break up.

Early 2005, Song went to San Francisco to study English, and later traveled to Seattle. Song took time off to recharge herself after the successful Asia drama Full House. "I have had a good rest. It was a good opportunity to reflect on myself," said Song. Song returned to Korea on March 5, 2005. The same year, Song made her big-screen debut in My Girl and I (a Korean remake of Crying Out Love in the Center of the World), which was panned by audiences and critics alike. Vocal about her dissatisfaction with typecasting in the roles she was being offered, Song proved in the following year that she took on different roles.

She returned to the big-screen in 2007, as the titular gisaeng in the film adaptation of Hwang Jin Yi. Because they found Song's image "too cute," Jun Ji-hyun and Soo Ae were the producers' original choices for the role, but Song went on a rigorous diet and surprised them with her will and Desire to be Hwang Jini. A year later, she made her American debut in the Hollywood indie Make Yourself at Home (formerly titled Fetish), a psychological thriller about a girl who was born to a shaman mother and tries to flee her fate by becoming an immigrant bride in the U.S. Despite Song's attempts to challenge herself, both films underwhelmed at the box office.

Romantic epic The Crossing was Song's second Chinese film to be released and was directed by John Woo (Woo's longtime friend and Producer Terence Chang has been managing Song's overseas activities since 2008). Previously titled 1949 and Love and Let Love, the long-gestating project had originally been announced at the Cannes Film Festival in 2008, then cancelled in 2009, and revived again in 2011. Woo's recovery from tonsil tumor removal in 2012 led to another delay due to scheduling conflicts among the cast, and Song finally began filming in June 2013. The Crossing is based on the true story of the Taiping steamer collision and follows six characters and their intertwining love stories in Taiwan and Shanghai during the 1930s; Song played the daughter of a wealthy banker.

In 2010, she starred in Camellia, an omnibus pic made up of three short films directed by three Asian Directors. Each episode is set in the past, present and Future of the city of Busan. In the film's final segment Love for Sale, Song and Kang Dong-won played former lovers who forget their memories about each other which later leads them to a fatal destiny.

In 2011, she became the first Asian Actress to sign a contract with French global agency Effigies, paving the way for her possible entry into the European market. She released a photo-essay book in 2012 titled It's Time for Hye-kyo.

Song reunited with the Writer and Director of Worlds Within in That Winter, the Wind Blows, a 2013 remake of 2002 Japanese drama Ai Nante Irane Yo, Natsu ("I Don't Need Love, Summer"). She played a blind heiress in the melodrama, opposite a con man pretending to be her long-lost brother (played by Jo In-sung). That Winter, the Wind Blows placed number one in its timeslot during most of its run, and Song and Jo were praised for their performances. Song won the Daesang (or "Grand Prize"), the highest award for television, at the 2nd APAN Star Awards.

In August 2014, Song made a public apology for committing tax evasion, arguing that her accountant had mishandled her paper work without her knowledge, with her omitted income tax from 2009 to 2011 totaling ₩2.56 billion. She said that after receiving a notification from the National Tax Service, she paid the full amount with additional fines in the amount of ₩3.8 billion (US$3.7 million) in October 2012.

Another Chinese film followed in 2015, The Queens, a contemporary romantic comedy about three cosmopolitan women – an Actress, a PR specialist and a gallery manager – who manipulate friends and put down their enemies as they play the game of love. Also starring Joe Chen and Vivian Wu, it was Actress Annie Yi's directorial debut.

In 2016, Song starred in the mega-hit romantic comedy series Descendants of the Sun, an intense drama about an army captain (played by Song Joong-ki) and a surgeon who fall in love while working amidst disaster-torn areas. The drama was incredibly popular in Korea with a peak viewership rating of 41.6% and in Asia, where it was viewed 2.5 billion times on iQiyi. The popularity of the drama reestablished Song as a leader of the Hallyu, and she topped popularity polls in Asia and was noted for her immense brand recognition in South Korea. Song won Daesang (Grand Prize), the highest award at the 2016 KBS Drama Awards along with her co-star, Song Joong-ki.

On July 5, 2017, Song and Descendants of the Sun co-star Song Joong-ki announced through their respective agencies that they were engaged. They married in a private ceremony on October 31, 2017 at Youngbingwan, Hotel Shilla in Seoul, amid intense media interest across Asia. It was attended by the couple's closest family and friends, including actors Lee Kwang-soo, Yoo Ah-in, and Park Bo-gum who also played the piano at the wedding reception. 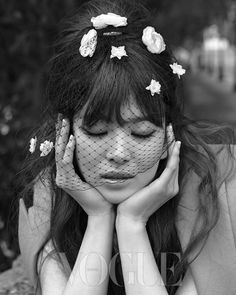 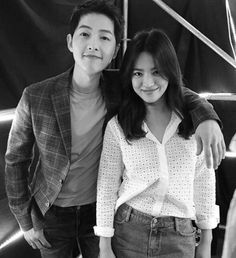 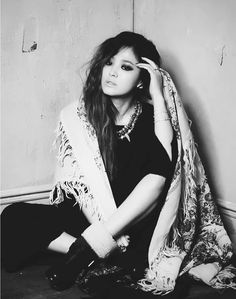 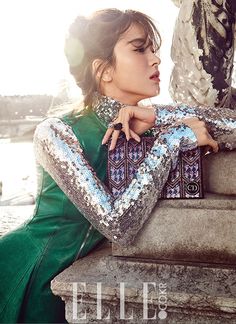 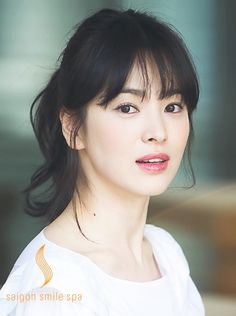 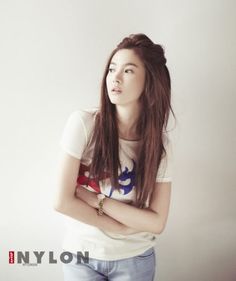 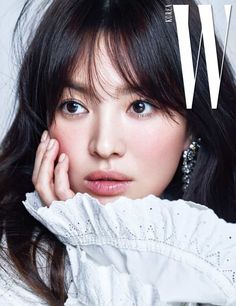 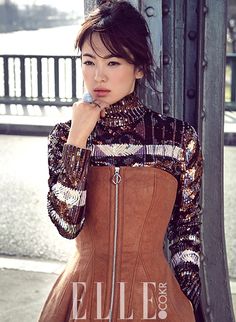 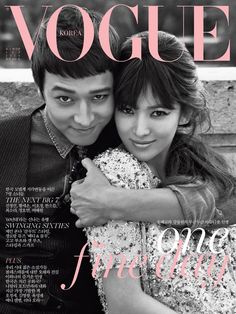