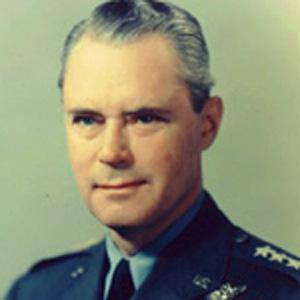 Air Force Chief of Staff during the Cold War era who was instrumental in the formation of a Strategic Air Command.

He graduated from West Point in 1923 and quickly distinguished himself as a pilot. During World War II, he commanded the Ninth Air Force, which was the largest tactical air group in history.

His top military aviation post and his boyishly handsome looks earned him a spot on the covers of both Time and Life magazines.

His predecessor, Carl Spaatz, was the first ever Chief of Staff of the Air Force.