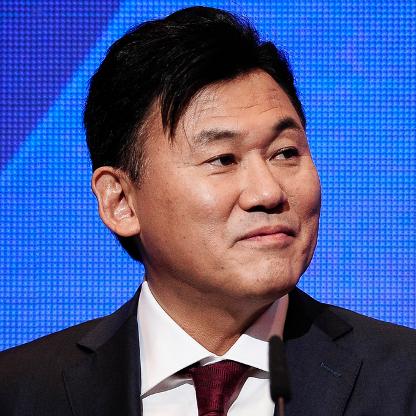 Hiroshi Mikitani was born on March 11, 1965 in Tokyo, Japan, Japan. Mikitani is founder and CEO of Rakuten, Japan's biggest e-commerce retailer. In 2016 Rakuten shut down retail operations in the U.K., Austria and Spain. In 2015, Rakuten invested $300 million in ride-sharing app and Uber competitor Lyft. Rakuten spent $900 million in 2014 to buy messaging service Viber, which competes with Facebook's WhatsApp. Rakuten led a $100 million investment round in Pinterest in 2012.
Hiroshi Mikitani is a member of Technology 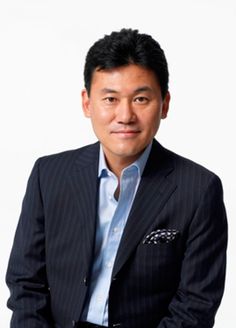 Hiroshi Mikitani (三木谷浩史, Mikitani Hiroshi) (born March 11, 1965) is a Japanese Billionaire businessman and the founder, chairman and CEO of Rakuten, Inc. He is also the President of Crimson Group, chairman of the football club Rakuten Vissel Kobe, chairman of Tokyo Philharmonic Orchestra, and a board member of Lyft. According to Bloomberg Businessweek, as of August 2017, Mikitani is worth $7.1 billion.

His Father, Ryoichi Mikitani, was an Economist who was Japan's first Fulbright Scholar to the US and taught for two years at Yale University; during that time, from 1972 to 1974, the family lived in New Haven, Connecticut. His mother, Setsuko, went to elementary school in New York City, before returning to Kobe. After her graduation from Kobe University, she worked for a trading company. His sister Ikuko is a physician (MD in Osaka University). His brother Kenichi is a professor of biology at the University of Tokyo. His grandfather was a co-founder of Minolta.

Mikitani worked at the Industrial Bank of Japan (now part of Mizuho Corporate Bank) from 1988 to 1996, with a break from 1991 to 1993 to attend Harvard. He left to start his own consulting group, called Crimson Group. Mikitani has stated that the destruction caused by the devastating 1995 Kobe earthquake made him realize he wanted to help revitalize Japan’s economy, leading to his resignation from banking and decision to launch his own venture.

Mikitani and his wife Haruko have two children. They were married in 1993.

In 1995, after an earthquake in Kobe caused significant damage so that the city could no longer maintain the Vissel Kobe football club, Mikitani was asked to take over operations of the team. He purchased the team later that year through his company Crimson Group. In 2014 the team was acquired by Rakuten.

In 1996, Mikitani started looking at various Business Models, and decided to launch an online shopping mall. At the time, Netscape was around, Amazon.com had recently launched, and Google didn't yet exist. On February 7, 1997, Mikitani founded the e-commerce company MDM, Inc. with three co-founders and US$250,000 of their own money, launching the online marketplace Rakuten Ichiba in Japan on May 1, 1997. The company was renamed Rakuten, Inc. in 1999, and Mikitani took it public on the JASDAQ in 2000. In founding the company, Mikitani envisioned an online marketplace focusing on the exchange between buyers and sellers, as a Hybrid between eBay and Amazon.com. It started as a small online marketplace with 13 shops and 6 employees, and has since grown into "an e-commerce giant."

Mikitani had joined Keidanren, the powerful Japanese Business federation, in 2004. In June 2011, in the aftermath of the Fukushima nuclear disaster, he quit the federation, announcing his decision via Twitter before sending in his formal letter of resignation, saying it was no longer the same organization he had joined, and he disagreed with its support for continued reliance on the nuclear industry for electricity, and its reluctance to carry out reforms that could help Japan compete internationally. He subsequently pondered setting up a rival body.

Beginning in March 2010, Mikitani implemented a plan that he calls "Englishnization", making English the primary language of Rakuten within two years. While the plan was dismissed as "stupid" by Honda President Takanobu Ito in 2010, Mikitani believes that "English is not an advantage anymore – it is a requirement." He considers the Japanese company's fluency in English, with meetings and reporting done in English, to be a strong advantage for the company globally. In 2011, Mikitani's Englishnization initiative was featured in a Harvard Business Review case study.

In 2012, Mikitani was awarded the Harvard Business School Alumni Achievement Award, one of the school's highest honors. He was also named to Prime Minister Shinzō Abe's Industrial Competitiveness Council.

In 2014, Mikitani was awarded the rank of Chevalier of the National Order of the Legion of Honour by the French government.

In 2017, Mikitani was awarded the Order of Merit of the Grand Duchy of Luxembourg. and the 2017 Spain-Japan Business Contribution Award by the Spanish Chamber of Commerce.