Henry VII of England Net Worth

Henry VII of England was born on January 28, 1457 in Pembroke Castle, Pembrokeshire, Wales, British, is First Tudor Monarch. Henry VII, also known as Henry Tudor, earl of Richmond, was the King of England and first monarch of the Tudor Dynasty. He was the last King of England who seized the throne on a battlefield when House of Lancaster under his command defeated the last King of the House of York, Richard III, at the last significant battle of the ‘Wars of the Roses’, the ‘Battle of Bosworth Field’. He went on to secure his claim to throne by getting married to Elizabeth of York, niece of Richard III. He reigned for around 24 years starting from August 22, 1485, and during such time he made effort in strengthening the English monarchy. He introduced several economic, administrative and diplomatic measures and policies in pursuit of restoring stability, power and peace of the monarchy while creating economic prosperity. These included among others implementing new taxes and backing the wool industry of the island that got him into alum trade and thereby sign the Magnus Intercursus ("great agreement"). He remained the Lord of Ireland and reined the Principality of Wales until November 29, 1489. Upon his death, his son Henry VIII peacefully succeeded the throne.
Henry VII of England is a member of Historical Personalities

Some Henry VII of England images 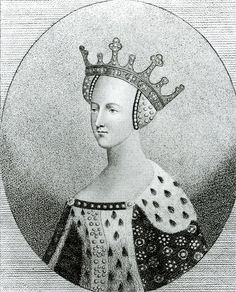 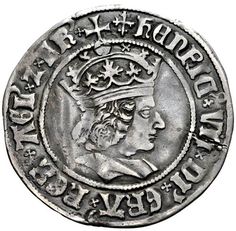 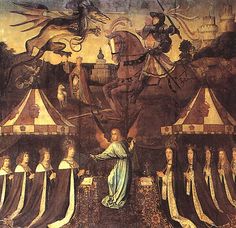 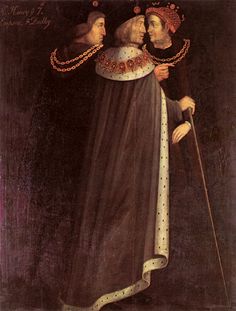 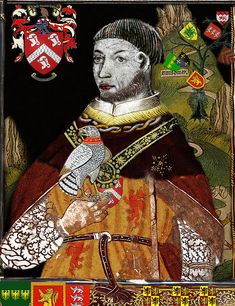 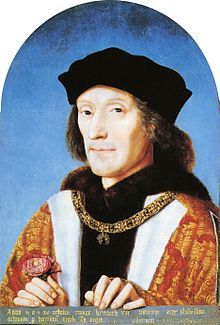 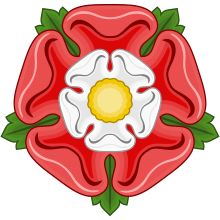 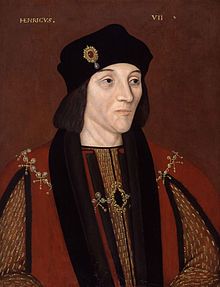 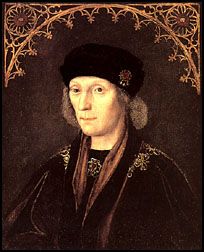 In 1502, Henry VII's first son and heir-apparent, Arthur, Prince of Wales, died suddenly at Ludlow Castle, very likely from a viral respiratory illness known, at the time, as the "English sweating sickness". This made Henry, Duke of York (Henry VIII) heir-apparent to the throne. The King, normally a reserved man who rarely showed much emotion in public unless angry, surprised his courtiers by his intense grief and sobbing at his son's death, while his concern for the Queen is evidence that the marriage was a happy one, as is his reaction to the Queen's death the following year, when he shut himself away for several days, refusing to speak to anyone.

Henry VII wanted to maintain the Spanish alliance. He therefore arranged a papal dispensation from Pope Julius II for Prince Henry to marry his brother's widow Catherine, a relationship that would have otherwise precluded marriage in the Roman Catholic Church. In 1503, Queen Elizabeth died in childbirth, so King Henry had the dispensation also permit him to marry Catherine himself. After obtaining the dispensation, Henry had second thoughts about the marriage of his son and Catherine. Catherine's mother Isabella I of Castile had died and Catherine's sister Joanna had succeeded her; Catherine was therefore daughter of only one reigning monarch and so less desirable as a spouse for Henry VII's heir-apparent. The marriage did not take place during his lifetime. Otherwise, at the time of his father's arranging of the marriage to Catherine of Aragon, the Future Henry VIII was too young to contract the marriage according to Canon Law, and would be ineligible until age fourteen.

Henry made half-hearted plans to remarry and beget more heirs, but these never came to anything. In 1505 he was sufficiently interested in a potential marriage to Joan, the recently widowed Queen of Naples, that he sent ambassadors to Naples to report on the 27-year-old's physical suitability. The wedding never took place, and curiously the physical description Henry sent with his ambassadors describing what he desired in a new wife matched the description of Elizabeth. After 1503, records show the Tower of London was never again used as a royal residence by Henry Tudor, and all royal births under Henry VIII took place in palaces. Henry VII was shattered by the loss of Elizabeth, and her death broke his heart. During his lifetime he was often jeered by the nobility for his re-centralizing of power in London, and later the 16th-century Historian Francis Bacon was ruthlessly critical of the methods by which he enforced tax law, but equally true is the fact that Henry Tudor was hellbent on keeping detailed bookkeeping records of his personal finances, down to the last halfpenny; these and one account book detailing the expenses of his queen survive in the British National Archives. Until the death of his wife Elizabeth, the evidence is clear from these accounting books that Henry Tudor was a more doting father and husband than was widely known. Many of the entries in his account books show a man who loosened his purse strings generously for his wife and children, and not just on necessities: in spring 1491 he spent a great amount of gold on his daughter Mary for a lute; the following year he spent money on a lion for Queen Elizabeth's menagerie.

In 1506, Henry extorted the Treaty of Windsor from Philip the Handsome of Burgundy. Philip had been shipwrecked on the English coast, and while Henry's guest, was bullied into an agreement so favourable to England at the expense of the Netherlands that it was dubbed the Malus Intercursus ("evil agreement"). France, Burgundy, the Holy Roman Empire, Spain and the Hanseatic League all rejected the treaty, which was never in force. Philip died shortly after the negotiations.

Henry VII died at Richmond Palace on 21 April 1509 of tuberculosis and was buried at Westminster Abbey, next to his wife, Elizabeth, in the chapel he commissioned. He was succeeded by his second son, Henry VIII (reign 1509–47). His mother survived him, dying two months later on 29 June 1509.

Historians have always compared Henry VII with his continental contemporaries, especially Louis XI of France and Ferdinand II of Aragon. By 1600 historians emphasised Henry's wisdom in drawing lessons in statecraft from other monarchs. By 1900 the "New Monarchy" interpretation stressed the Common factors that in each country led to the revival of monarchical power. This approach raised puzzling questions about similarities and differences in the development of national states. In the late 20th century a model of European state formation was prominent in which Henry less resembles Louis and Ferdinand.

Upon his succession as king, Henry became entitled to bear the arms of his kingdom. After his marriage, he used the red-and-white rose as his emblem – this continued to be his dynasty's emblem, known as the Tudor rose.

For most of Henry VII's reign Edward Story was Bishop of Chichester. Story's register still exists and, according to the 19th-century Historian W.R.W. Stephens, "affords some illustrations of the avaricious and parsimonious character of the king". It seems that the king was skillful at extracting money from his subjects on many pretexts, including that of war with France or war with Scotland. The money so extracted added to the king's personal fortune rather than the stated purpose.