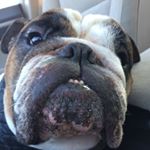 World War I hero who was awarded the prestigious Victoria Cross for his bravery in combat.

He joined the military as early as he could and served in India in the years before World War I.

He braved enemy fire to cut through barbed wire that marked a German stronghold.

He grew up in Wymondham, Norfolk, as the son of a baker.

He and Robert Cain were both recipients of the Victoria Cross.