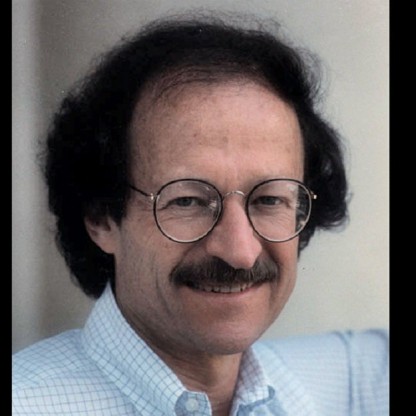 Harold E. Varmus was bornon December 18, 1939, is Physician. Harold E. Varmus is an American scientist who won a share of the 1989 Nobel Prize in Physiology or Medicine. Along with J. Michael Bishop, he discovered the cellular origin of retroviral oncogenes and developed a new theory of the origin of cancer, which holds that the disease arises from mutations in some of our own normal genes. The duo also found out that the genes that are susceptible to such mutations are closely related to genes in a number of cancer-causing viruses. Born as the son of a physician, he was expected to follow in his father’s footsteps. But as a young man Varmus was more interested in literature and went on to earn a graduate degree in English at Harvard University. However, he changed his mind and entered the Columbia University College of Physicians and Surgeons, earning his MD in 1966. He was first exposed to laboratory science when he joined the Public Health Service at the National Institutes of Health where he performed research under Ira Pastan. He later began post-doctoral studies with Michael Bishop at University of California, San Francisco, under a fellowship from the California Division of the American Cancer Society. His scientific collaboration with Bishop led to many significant medical discoveries that are of much importance to the study of cancer causing viruses.
Harold E. Varmus is a member of Scientists 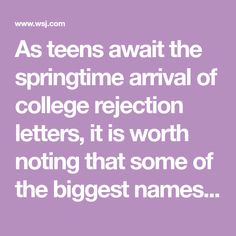 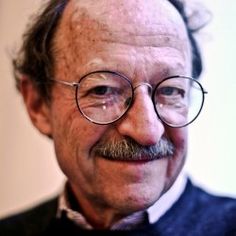 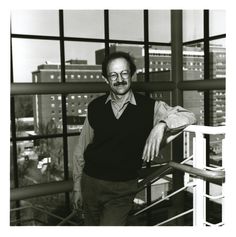 Varmus was born to Beatrice, a social Service worker, and Frank Varmus, a physician, Jewish parents of Eastern European descent, in Oceanside, New York. In 1957, he graduated from Freeport High School in Freeport, NY and enrolled at Amherst College, intending to follow in his father's footsteps as a medical Doctor, but eventually graduating with a B.A. in English literature. He went on to earn a graduate degree in English at Harvard University in 1962 before changing his mind once again and applying to medical schools. He was twice rejected from Harvard Medical School. That same year, he entered the Columbia University College of Physicians and Surgeons and later worked at a missionary hospital in Bareilly, India, and the Columbia-Presbyterian Hospital. As an alternative to serving militarily in the Vietnam War, Varmus joined the Public Health Service at the National Institutes of Health in 1968. Working under Ira Pastan, he researched the regulation of bacterial gene expression by cyclic AMP. In 1970, he began postdoctoral research in Bishop's lab at University of California, San Francisco.

To fulfill his national Service obligations during the Vietnam War, Varmus became a member of the commissioned corps of the Public Health Service, working as a Clinical Associate in the laboratory of Ira Pastan at the National Institutes of Health from 1968 to 1970. During this first period of laboratory research, he and Pastan and their colleagues described aspects of the mechanism by which the lac operon of E. coli is regulated transcriptionally by cyclic AMP. In 1970, he and his wife, Constance Casey, moved to San Francisco, where he began post-doctoral studies with Michael Bishop at University of California, San Francisco under a fellowship from the California Division of the American Cancer Society. Appointed as an Assistant Professor in the UCSF Department of Microbiology and Immunology in 1972, he was promoted to professor in 1979 and became an American Cancer Society Research Professor in 1984.

Varmus has been married since 1969 to Constance Louise Casey, a Journalist and science Writer. They live on Manhattan's Upper West Side and have two sons: Jacob, a jazz trumpet player and Composer who lives in Queens, and Christopher, a social worker who lives in Brooklyn. Varmus and Jacob have performed a series of lecture-concerts entitled "Genes and Jazz" at the Guggenheim and Smithsonian Museums, the Boston Museum of Science, the John F. Kennedy Center for the Performing Arts and the South Asian Summer Festival in Vancouver.

During the course of his years at UCSF (1970 to 1993), Varmus's scientific work was focused principally on the mechanisms by which retroviruses replicate, cause cancers in animals, and produce cancer-like changes in cultured cells. Much of this work was conducted jointly with Michael Bishop in a notably long scientific partnership. Their best-known accomplishment was the identification of a cellular gene (c-src) that gave rise to the v-src oncogene of Rous Sarcoma Virus, a cancer-causing virus first isolated from a chicken sarcoma by Peyton Rous in 1910. Their discovery triggered the identification of many other cellular proto-oncogenes—progenitors of viral oncogenes and targets for mutations that drive human cancers. Much of this work and its consequences are described in his Nobel lecture and Bishop's and in numerous histories of cancer research.

In the early 1990s, following the award of their Nobel Prize, Varmus and Bishop became active in the politics of science, working principally with UCSF colleagues Bruce Alberts and Marc Kirschner, and with the Joint Steering Committee (later renamed the Coalition for the Life Sciences). He also co-chaired Scientists and Engineers for Clinton-Gore during the 1992 Presidential Campaign.

After the resignation of NIH Director Bernadine Healy in April, 1993, Varmus was nominated for the post by President william J. Clinton in July, and confirmed by the Senate in November. As the NIH Director, Varmus was credited with helping to nearly double the research agency's budget; but his tenure was also noted for appointments of outstanding Scientists to serve as Institute Directors; for excellent relationships with members of Congress and the Administration; for leadership on clinical and AIDS research; for policy statements about stem cell research, cloning of organisms, gene therapy, and patenting; for promoting global health research, especially on malaria; and for construction of new facilities, including a new Clinical Center and a Vaccine Research Center at the NIH.

After leaving the NIH Directorship at the end of 1999, Varmus became the President and CEO of Memorial Sloan-Kettering Cancer Center in New York City on January 1, 2000. During his ten and a half years at MSKCC, he was best known for enlarging the basic and translational research faculty; building a major new laboratory facility, the Mortimer E. Zuckerman Research Center; starting a new graduate school for cancer biology (the Louis B. Gerstner Graduate School); overseeing renovation and construction of many clinical facilities; and leading a major capital campaign. He also continued to run an active laboratory and to teach as a Member of the Sloan-Kettering Institute. On January 12, 2010, MSKCC reported that Varmus had asked the MSKCC Boards of Overseers and Managers "to begin a search for his successor." He left MSKCC on June 30, 2010, shortly before assuming the NCI directorship.

Near the end of his tenure as NIH Director, Varmus became a champion of ways to more effectively use the Internet to enhance access to scientific papers. The first practical outcome was the establishment, with David Lipman of the National Center for Biotechnology Information at NIH, of PubMed Central, a public digital library of full-length scientific reports; in 2007, Congress directed NIH to ensure that all reports of work supported by the NIH appear in PubMed Central within a year after publication. Varmus and two colleagues, Patrick Brown at Stanford and Michael Eisen at UC Berkeley, were co-founders and Leaders of the board of Directors of the Public Library of Science (PLOS), a not-for-profit publisher of a suite of open access journals in the biomedical sciences.

On May 17, 2010, the White House announced that Varmus would become the 14th Director of the NCI, making him the first person to have served as Director of an individual NIH Institute after being Director of the entire NIH. In this capacity, despite diminishing budgets at all the Institutes including NCI, he started new administrative centers for cancer genomics and global health; initiated novel grant programs for "outstanding investigators," for "staff Scientists," and for addressing "Provocative Questions." He also renamed the Frederick National Laboratory for Cancer Research and started an initiative there to study RAS oncogenes.

On March 4, 2015, Varmus submitted his resignation to the President, effective March 31, 2015, announcing his intention to return to New York City as the Lewis Thomas University Professor of Medicine at Weill Cornell Medicine and as a Senior Associate at the New York Genome Center. Deputy NCI Director Douglas Lowy became Acting Director of the NCI on April 1, 2015.