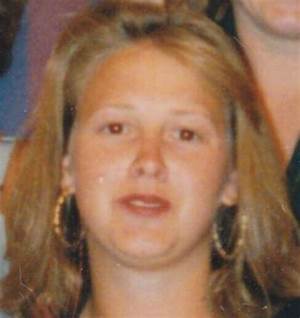 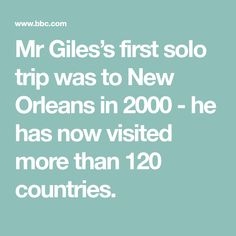 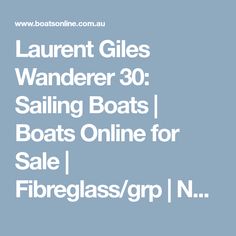 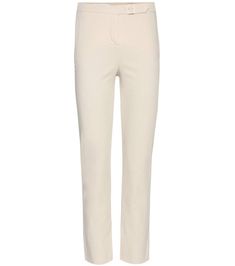 The filmmakers cited the series' first installment, The Curse of the Black Pearl (2003), as inspiration for the script and tone of the film. Pre-production for the film started shortly before On Stranger Tides was released in early 2011, with Terry Rossio writing the initial script. In early 2013, Jeff Nathanson was hired to write a new script for the film, with Depp being involved in Nathanson's writing process. Initially planned for a 2015 release, the film was delayed to 2016 and then to 2017, after 6 years of development hell, due to script and budget issues. Principal photography started in Australia in February 2015, after the Australian government offered Disney $20 million in tax incentives, and ended in July 2015.

Shortly before the release of On Stranger Tides in 2011, the cast and crew of the fourth film were told to set aside time in the near Future, because Walt Disney Pictures intended to shoot a fifth and sixth film back-to-back. However, it was later stated that only a fifth film was in the works. Terry Rossio wrote a script for a fifth film without his partner Ted Elliott. Rob Marshall was rumoured to return to direct, but declined after choosing to direct Into the Woods (2014), a Disney project starring Johnny Depp. After Marshall passed on the film, many Directors were rumored to take over, including Gore Verbinski, who was responsible for the original three films. Verbinski ultimately passed on the project, feeling that "there's no reason other than financial" in making the film. The eventual shortlist included Fredrik Bond, Rupert Sanders, and the eventual choice, Norwegian film duo Joachim Rønning and Espen Sandberg. The studio chose them based on their Academy Award-nominated high-sea film Kon-Tiki, and their ability to work with a limited budget.

Speaking at the On Stranger Tides press launch in Cannes, Depp said he would play the role so long as it is popular with the public. In August 2012, news surfaced that Depp had signed for the fifth film, earning A$90,000,000 to reprise his role. One month later, Penélope Cruz stated that in spite of her enjoying playing Angelica in On Stranger Tides, she had not been contacted regarding a fifth film. Geoffrey Rush had commented on returning as Hector Barbossa in the fifth installment, saying "If they keep shapeshifting this character, absolutely," and implied that he might return as the villain. In December 2014, Rush confirmed his return for the fifth installment, with Barbossa and Jack being "at the heart of it and there's a whole new set of story lines." In late 2011, about four years after choosing not to return for the fourth installment, Orlando Bloom stated that he would like to return for a fifth film, if offered. Several weeks after Disney officially green-lit the film, Bloom stated that there were "discussions" about his return to the franchise in September 2014. Bloom further commented in December 2014, saying that while he was not sure whether he would return, there were talks. He also indicated that Disney could make a soft reboot with the franchise and focus on Will Turner and his son. Bloom's participation was kept secret until the Disney D23 in 2015, after filming had wrapped. Once the filmmakers started working with Bloom, they decided that they needed to reunite the character with his wife, Elizabeth. To ensure that Keira Knightley could reprise this role, the production moved for a one-day shoot in London, where she was working.

It recorded the biggest opening day of the year in several markets, including Germany ($3.6 million), Austria, France ($2.3 million), Finland, Sweden, Belgium, Thailand ($400,000), Indonesia, Malaysia and the Netherlands ($900,000, the second-biggest Disney opening, behind Star Wars: The Force Awakens). Russia posted the biggest opening of all time with $18.4 million ($18.6 million including previews). In China, where the film had its global premiere, it earned $21.3 million on its opening day, the fourth-biggest Disney opening in the country. It had an 87% marketshare and had already surpassed the entire earnings of Pirates of the Caribbean: At World's End. Earning a total of $67.9 million, it registered the third-highest three-day for any Disney title, and a much-higher opening than the US. The film did extremely well in IMAX, earning $9 million from 401 screens from Friday to early Monday bookings. The robust opening has been attributed to the Dragon Boat Festival, Depp's star power, the ubiquity of the franchise, the impact of Shanghai Disneyland Park, and good word of mouth, with a score of 7.5/10 on reviews aggregator Douban and 8.7/10 on top mobile-ticketing platform Weying. The film's final release market was Japan (July 1), where it opened at number one, achieving the highest-grossing opening for a Western film of the year, earning $9.25 million over the July 1–2 weekend. It retained the box office lead for one more week, and was the highest-grossing foreign film in the following weekend.

Directors Joachim Rønning and Espen Sandberg originally stated that shooting would take place in Puerto Rico and New Orleans, and Bruckheimer had previously mentioned that there might be a sequence in Louisiana. However, a spokesman for Australian Arts Minister George Brandis confirmed that the fifth installment was set to shoot exclusively in Australia, after the government agreed to repurpose $20 million of tax incentives, originally intended for the remake of 20,000 Leagues Under the Sea; thus edging out Mexico and South Africa as filming locations. According to Australian film industry sources, on location pre-production started in late September 2014, and its cost was set at around $250 million. Filming took place exclusively in Queensland, Australia, as the largest production to ever shoot in the country. Village Roadshow Studios and the Whitsunday Islands were officially confirmed as filming locations. On January 1, 2015, The Rainbow Gypsy, a 15-year-old replica of an 1897 Scottish bawley, underwent an extensive refit at the Gold Coast, including a new bowsprit, and reconfigured decks and cabins, for filming as the Dying Gull. Its captain and owner, Kit Woodward, was a rigger on the film.

A robust marketing effort helped promote Dead Men Tell No Tales. The film was first showcased at the Disney D23 Expo 2015, where Depp appeared in costume as Jack Sparrow and the film's logo was revealed, with Orlando Bloom confirmed to be starring in the film. Elizabeth Rudnick was self-confirmed to novelize the film, describing it the film as bringing back the series' initial sensibility, while returning Jack Sparrow to "all of his swaggering glory." A tie-in prequel expanding the backstory of the character Carina Smyth was also released, titled Pirates of the Caribbean: Dead Men Tell No Tales – The Brightest Star in the North. The film was showcased at the 2016 Walt Disney Content Showcase in South Africa, where concept art, story details and on-set images were previewed.

The first teaser trailer was released on October 2, 2016, during Fear the Walking Dead, and showcased Armando Salazar hunting for Jack Sparrow, who is shown on a wanted poster. On January 27, 2017, Disney uploaded an eight-second motion poster to their official Instagram account, promoting the release of a television spot of the film during Super Bowl LI. Disney then released a 30-second television teaser at Super Bowl LI, with an extended version released online set to Johnny Cash's "Ain't No Grave". The trailer was considered to be the "big" trailer of the event and was the most-viewed trailer of all the films advertised at the halftime show. A new teaser poster was released with the trailer. Both teasers received a highly positive reaction from audiences. The official trailer was released on March 2. Another trailer was released on March 25. The first 30-second TV spot was released on March 31. On April 21, at Disney Parks and on the four Disney cruise ships, Disney showcased a sneak peek of the film. Disney premiered a 5-minute extended sequence of the film in front of the UK release of Marvel's Guardians of the Galaxy Vol. 2, on April 28.

On March 4, 2017, Director Joachim Rønning stated that Dead Men was only the beginning of the final adventure, implying that it would not be the last film of the franchise, and that a sixth film could be released. The post-credits scene of Dead Men shows Will Turner, Elizabeth Swann, and Davy Jones. In September 2017, Producer Jerry Bruckheimer indicated that another Pirates sequel is still possible if Dead Men Tell No Tales does well in its home release. In October 2017, the sixth film was confirmed and Kaya Scodelario said that she was contracted to return. Shortly after, it was announced that Rønning is being eyed to return to direct the sequel.