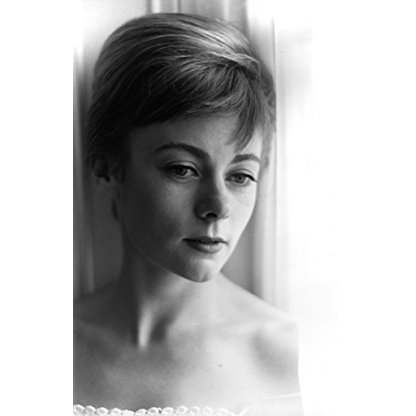 Geraldine McEwan was born on May 09, 1932 in  Old Windsor, Berkshire, England, United Kingdom, is Actress, Soundtrack. Geraldine McEwan was born in Old Windsor, England and made her theatre debut at the age of 14 at the Theatre Royal in Windsor. By the age of 18 she was starring in London's West End in several long-running popular productions. During the 1950s she acted with the Shakespeare Memorial Theatre in Stratford-Upon-Avon and joined the Royal Shakespeare Company in 1961.She had leading roles as Beatrice in Much Ado About Nothing with Christopher Plummer, Ophelia in Hamlet, The Princess of France in Love's Labour's Lost, Marina in Pericles and played opposite Dorothy Tutin in Twelfth Night which also toured Moscow and Leningrad.Miss McEwan originated the female lead role in Joe Orton's Loot, captivated Broadway with productions of The School for Scandal, The Private Ear and the Public Eye, and most recently, The Chairs, earning her a Tony nomination for best actress.As a member of the Royal National Theatre, acting along side Albert Finney, and Laurence Olivier, Geraldine spent the 1960s and 70s with memorable roles including The Dance of Death, Love for Love, A Flea in Her Ear, Chez Nous, Home and Beauty, The Browning Version, Harlequinade and The White Devil. In 1976 she had the distinction of being nominated for an Olivier Award in two separate categories.In 1983 she won the Evening Standard Best Actress Award for The Rivals. In 1991 she won the BAFTA Best Actress Award for her intense and powerful performance as the Mother in Oranges Are Not the Only Fruit (1989) and in 1995 she won the Evening Standard Best Actress Award for her performance of Lady Wishfort in The Way of the World.In 1998, McEwan was nominated for a Tony Award in the Best Actress Category for The Chairs. Her numerous television credits include the highly acclaimed The Barchester Chronicles (1982) with Alan Rickman, The Prime of Miss Jean Brodie (1978), Mulberry (1992), and the immensely popular Mapp & Lucia (1985). Her film work includes The Dance of Death (1969) with Laurence Olivier, Robin Hood: Prince of Thieves (1991) with Alan Rickman, Henry V (1989) and Love's Labour's Lost (2000), both with Kenneth Branagh, and most recently The Magdalene Sisters (2002), The Lazarus Child (2005), Vanity Fair (2004) and Carrie's War (2004). In 2003, Geraldine was chosen to play Agatha Christie's Jane Marple. She recently retired from that role after completing 12 hugely popular two-hour mysteries for ITV/PBS.
Geraldine McEwan is a member of Actress 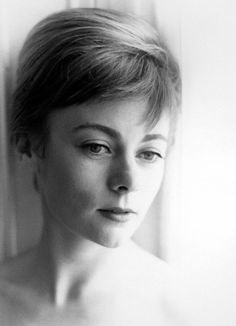 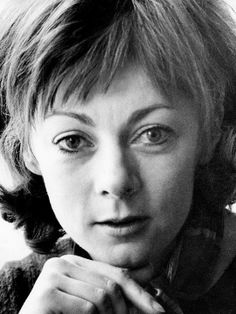 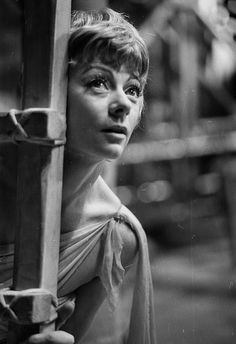 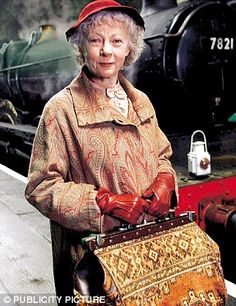 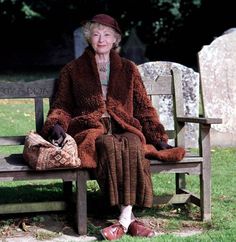 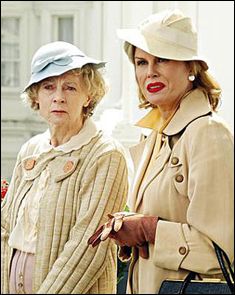 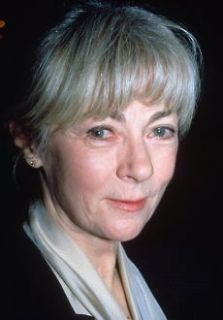 As a teenager, McEwan became interested in theatre and her theatrical career began at 14 as assistant stage manager at the Theatre Royal, Windsor. She made her first appearance on the Windsor stage in October 1946 as an attendant of Hippolyta in A Midsummer Night's Dream and played many parts with the Windsor Repertory Company from March 1949 to March 1951, including a role in the Ruth Gordon biographical play Years Ago opposite guest player John Clark.

McEwan appeared at the Shakespeare Memorial Theatre in Stratford-upon-Avon during the late 1950s and early 1960s, during the period when it was evolving into the Stratford venue for the new Royal Shakespeare Company formed in 1960, and at The Aldwych, the RSC's original London home.

McEwan made her first West End appearance at the Vaudeville Theatre on 4 April 1951 as Christina Deed in Who Goes There! McEwan first appeared on television in a BBC series, Crime on Our Hands (1954), with Jack Watling, Dennis Price and Sonia Dresdel.

In 1953 McEwan married Hugh Cruttwell, whom she had first met when she was aged 14 while working at the Theatre Royal, Windsor. Cruttwell was the Principal of the Royal Academy of Dramatic Art from 1965 to 1984. They had a son Greg, who is an actor and Screenwriter, and a daughter, Claudia. Cruttwell died in 2002.

In 1957, she took over from Joan Plowright in the Royal Court production of John Osborne's play The Entertainer during its West End run at the Palace Theatre.

During the 1958 season in Stratford, she played Olivia in Twelfth Night in a production directed by Peter Hall. After McEwan died, The Guardian's Michael Billington wrote of this performance: "At the time Olivia tended to be played as a figure of mature grief: McEwan was young, sparky, witty and clearly brimming with Desire for Dorothy Tutin's pageboy Viola." McEwan's performance, according to Dominic Shellard, split contemporary critical opinion between those observers who considered it "heretical" and others who thought it "revolutionary".

In a production of Sheridan's The School for Scandal directed by Sir John Gielgud in 1962, McEwan replaced Anna Massey as Mrs Teazle during the run at the Haymarket Theatre, London; her husband was played by Sir Ralph Richardson. After an American tour, this production was staged at the Majestic in New York in early 1963, and was McEwan's debut on Broadway. Back in England, she appeared with Kenneth Williams in the original unsuccessful 1965 production of Loot by Joe Orton, which closed at the Wimbledon Theatre before reaching London.

After this debacle, she joined the National Theatre Company, then based at the Old Vic, following the suggestion of Sir Laurence Olivier, then its artistic Director, and performed in 11 productions over the next 5 years. She appeared with Olivier in Dance of Death, staged by Glen Byam Shaw and first performed in February 1967.

A portrayal of a marriage, Olivier asserted, according to his biographer Philip Ziegler, that he had chosen August Strindberg's play partly because it had a good part for McEwan: "I didn't give a damn if I made a success, I really didn't; it was her success I was after". The notices though concentrated on his role as the Captain rather than McEwan's as Alice, the Captain's wife. A film version, with the same two leads, was released in 1969.

McEwan took the lead role in an adaptation for Scottish Television of Muriel Spark's The Prime of Miss Jean Brodie (1978). She was Spark's favourite in the role and came the closest to the character as Spark had imagined it; Brodie has also been portrayed on stage and screen by Vanessa Redgrave and Maggie Smith. Her other work for television in this period included roles in The Barchester Chronicles (1982) and Mapp and Lucia (1985–86) with Prunella Scales as Mapp and McEwan as Lucia.

In 1983, McEwan played Mrs Malaprop in a production of Sheridan's The Rivals at the National Theatre in a production by Peter Wood which also featured Michael Hordern as Sir Anthony Absolute. Michael Billington wrote of this performance in 2015: "It is easy to play the word-mangling Mrs Malaprop as a comic buffoon. But the whole point of McEwan's performance was that she took language with fastidious seriousness, fractionally pausing before each misplaced epithet as if ransacking her private lexicography. As I said at the time, it was like watching a demolition expert trying to construct a cathedral." For this role, McEwan won the Evening Standard Award for Best Actress.

She made her directing debut, in 1988, with the Renaissance Theatre Company's touring season, Renaissance Shakespeare on the Road, co-produced with the Birmingham Rep, and ending with a three-month repertory programme at the Phoenix Theatre in London. McEwan's contribution was a light romantic staging of As You Like It, with Kenneth Branagh playing Touchstone as an Edwardian music hall Comedian.

Her later television credits include Oranges Are Not the Only Fruit (1990), for which she won the British Academy Television Award as Best Actress in 1991, and Mulberry (1992–93). She was also in the Cassandra episode of Red Dwarf (1999), playing a prescient computer. McEwan played the demented witch Mortianna in the film Robin Hood: Prince of Thieves (1991). In Peter Mullan's The Magdalene Sisters, (2002), she played the role of Sister Bridget. In 2001, she voiced Margaret in the audio book Richard III.

McEwan won another Evening Standard Best Actress Award in 1995 for her role as Lady Wishfort in a revival of Congreve's The Way of the World, again at the National Theatre. Sheridan Morley, then theatre critic of The Spectator, wrote, "Geraldine McEwan (in the performance of the night and her career) comes on looking like an ostrich which has mysteriously been crammed into a tambourine lined with fresh flowers."

With Richard Briers, she starred from November 1997 in a revival of Eugène Ionesco's absurdist play The Chairs in a co-production between Simon McBurney's Theatre de Complicite and London's Royal Court Theatre (then temporarily based at the Duke of York's) who had staged the British premiere 40 years earlier. This production had a brief run on Broadway between April and June 1998; McEwan was nominated for a Tony Award.

McEwan was reported to have declined an OBE, and later, a DBE (in 2002), but she did not respond to these claims. "I will never speak of that", she said of the matter to Cassandra Jardine in 2004.

McEwan was selected by Granada Television for Marple (2004–07), a new series featuring the Agatha Christie sleuth Miss Marple. She told The New York Times in a 2005 interview when the series was first being screened by PBS, "I do enjoy playing very original and slightly eccentric characters. It is very amusing that Agatha Christie should have created this older woman who lives a very conventional life in a little country village and yet spends all her time solving violent crimes." She announced her retirement from the role in 2008 after appearing in 12 films. She was succeeded as Miss Marple in the series by Julia McKenzie.

In 2005, she provided the voice of Miss Thripp in the film Wallace & Gromit: The Curse of the Were-Rabbit and again in A Matter of Loaf and Death in 2008.

McEwan died on 30 January 2015 at the Charing Cross Hospital in Hammersmith after suffering a stroke three months earlier.