George Pelecanos was born on February 18, 1957 in  Washington, District of Columbia, United States, is Producer, Writer, Miscellaneous Crew. Pelecanos was born in Washington, D.C. in 1957. He is a graduate of the University of Maryland, College Park, and worked at a variety of jobs before getting involved in the film industry. He lives in Silver Spring, Maryland, with his wife and two children. As a modern crime fiction author, Pelecanos is very much a descendant of the hard-boiled and noir schools. His style is tough and direct. All of his novels take place in Washington, D.C. and in the Maryland and Virginia suburbs; however, his plots do not involve the usual cadre of politicians or national intrigue, but instead depict the crimes and passions of the streets. All of his novels have received strong critical praise.
George Pelecanos is a member of Producer 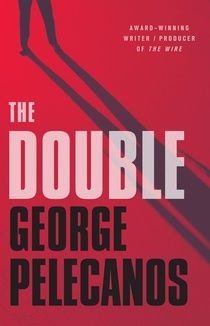 In The Big Blowdown, set a generation before Karras and Clay would appear (the 1950s), Pelecanos followed the lives of dozens of D.C. residents, tracking the challenges and changes that the second half of the twentieth century presented to Washingtonians. King Suckerman, set in the 1970s and generally regarded as the fans' favorite, introduced the recurring theme of basketball in Pelecanos' fiction. Typically, he employs the sport as a symbol of cooperation amongst the races, suggesting the dynamism of D.C. as reflective of the good will generated by multi-ethnic pick up games. However, he also indulges the reverse of the equation, wherein the basketball court becomes the site of unresolved hostilities. In such cases, violent Criminal behavior typically emerges amongst the participants, usually escalating the mystery. The Sweet Forever (1980s) and Shame the Devil (1990s) closed the quartet and Pelecanos retired Stefanos and the other characters that populated the novels. (Stefanos and other characters do re-appear in subsequent works.)

In 2001, he introduced a new team of private detectives, Derek Strange and Terry Quinn, as the protagonists of Right as Rain. They have subsequently starred in the author's more recent works Hell to Pay (which won a Gumshoe Award in 2003) and Soul Circus. While these books have cemented the author's reputation as one of the best current American crime Writers and sold consistently, they have not garnered the critical and cult affection his D.C. quartet did. Rather, they seem to be continuing the author's well received formula of witty protagonists chasing unconflicted Criminals behind the backdrop of popular culture references and D.C. landmarks.

Perhaps sensing this, Pelecanos again switched his focus in his 2004 novel, Hard Revolution, taking one of his new detectives, Derek Strange, back in time to his early days on the D.C. police force. In another interesting move, Pelecanos attached a CD to the book itself, emulating Michael Connelly who included a CD with his 2003 Harry Bosch book Lost Light.

In 2005, Pelecanos saw another novel published, Drama City. This book revisited the examination of dogfighting begun in his book Hell To Pay. Pelecanos is a dog owner and has written about his views of dogfighting.

As of 2006, Pelecanos lives in the Washington, D.C. suburb of Silver Spring, Maryland with his wife and three children.

The Turnaround was published in August 2008, reflecting a return to his roots, as the novel opens in the 70s in a Greek diner, and a continuation of his more modern style in the portion set in the present. The Turnaround won the 2008's Hammett Prize.

Also in 2010 Pelecanos joined the crew of HBO New Orleans drama Treme as a Writer. The series was created by Simon and Overmeyer. It follows the lives of residents of the Tremé neighborhood after Hurricane Katrina. Pelecanos wrote the teleplay for the episode "At the Foot of Canal Street" from a story he co-wrote with Overmyer. Pelecanos returned as a Consulting Producer and Writer for the second season in 2011. He joined the crew full-time as a Writer and executive Producer for the third season in 2012. He remained in this role for the fourth and final season in 2013.

In 2017, HBO Premiered The Deuce, a new series developed by Pelecanos and David Simon. The show focuses on the birth of the pornography industry in 1970s Times Square. George also co-authored several of the teleplays, including the Pilot with Simon, and co-authored episodes with Richard Price and Lisa Lutz.