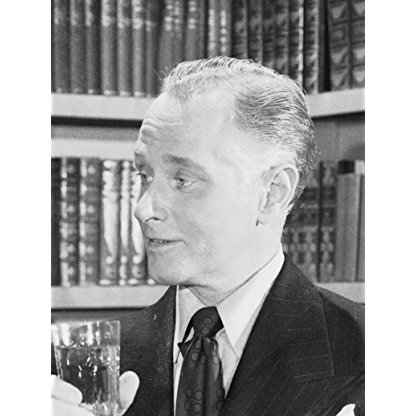 George Macready was born on August 29, 1899 in  Providence, Rhode Island, United States, is Actor. George Macready--the name probably doesn't ring any bells for most but the voice would be unmistakable. He attended and graduated from Brown University and had a short stint as a New York newspaperman, but became interested in acting on the advice of colorful Polish émigré classical stage director Richard Boleslawski, who would go on to Hollywood to direct some notable and important films, including Rasputin and the Empress (1932)--the only film in which siblings John Barrymore, Ethel Barrymore and Lionel Barrymore appeared together--and Clive of India (1935) with Ronald Colman. Perhaps acting was meant for Macready all along--he claimed that he was descended from 19th-century Shakespearean actor William Macready.In 1926 Macready made his Broadway debut in "The Scarlet Letter". His Broadway career would extend to 1958, entailing 15 plays--mainly dramas but also some comedies--with the lion's share of roles in the 1930s. His Shakespearean run included the lead as Benedick in "Much Ado About Nothing" (1927), "Macbeth" (1928) and "Romeo and Juliet" (1934), with Broadway legend Katharine Cornell. He co-starred with her again in "The Barretts of Wimpole Street" and with with Helen Hayes in "Victoria Regina" twice (1936 and 1937).Macready's aquiline features coupled with distinctive high-brow bottom-voiced diction and superior, nose-in-the-air delivery that could be quickly tinged with a gothic menace made him perfect as the cultured bad guy. Added to his demeanor was a significant curved scar on his right cheek, remnant of a car accident in about 1919--better PR that it was a saber slash wound from his dueling days as a youth. He did not turn to films until 1942 and did not weigh-in fully committed until 1944, with a host of both well-crafted and just fair movies until the end of World War II. When he went all in, though, he excelled as strong-willed authoritarian and ambitious, murderous--but well-bred--villains. Among his better roles in that period were in The Seventh Cross (1944), The Missing Juror (1944), Counter-Attack (1945) and My Name Is Julia Ross (1945) with a young Nina Foch. Averaging six or more films per year throughout the 1940s, he appeared not only in dramas and thrillers, but also period pieces and even some westerns. His standout role, however--and probably the one he is best remembered for--was the silver-haired, dark-suited and mysteriously rich Ballin Mundson in Gilda (1946), who malevolently inserted himself into the lives of smoldering Rita Hayworth and moody Glenn Ford.By the early 1950s he had sampled the waters of early TV. He had many appearances on such anthology series as Four Star Playhouse (1952), The Ford Television Theatre (1952) and Alfred Hitchcock Presents (1955), among others. He became a familiar presence in episodic TV series beginning in 1954. He made the rounds of most of the hit shows of the period, including a slew of westerns, including such obscure series as The Texan (1958) and The Rough Riders (1958). He was familiar to viewers of crime dramas--such as Perry Mason (1957)--and such classic sci-fi and horror series as Thriller (1960), The Outer Limits (1963) and Night Gallery (1969). He did some 200 TV roles altogether, but still continued his film appearances. He assayed what many consider his best role as the ambitious French Gen. Paul Mireau, a fanatic and martinet whose lust for fame and glory leads to the deaths of hundreds of French soldiers in a senseless frontal attack on heavily fortified German lines in Stanley Kubrick classic antiwar film Paths of Glory (1957). Macready's performance stood out in a film brimming with standout performances, from such veterans as Kirk Douglas, Adolphe Menjou, Ralph Meeker and Timothy Carey. The film was even more striking when it turns out that it was based on a true incident.Macready stayed busy into the 1960s, mainly in TV roles. He had a three-year run as Martin Peyton in the hit series Peyton Place (1964), the first prime-time soap opera and a launching pad for many a young rising star of the time. His film roles became fewer, but there were some good ones--the Yul Brynner adventure period piece Taras Bulba (1962) and a meaty role as an advisor to US Prlesident Fredric March attempting to stop a coup by a right-wing general played by Burt Lancaster in the gripping Seven Days in May (1964). His next-to-last film appearance was as a very human Cordell Hull, Secretary of State, in Universal's splashy, big-budget but somewhat uneven story of Pearl Harbor, Tora! Tora! Tora! (1970).Another role that stands out in his career is a one-in-a-kind film which you would not expect to find George Macready--Blake Edwards' uproarious comedy -The Great Race (1965)_. Macready shined in one of the film's several subplots, this one a spoof of the "Ruritanian" chestnut "The P Prizoner of Zenda", in which the racers find themselves in the middle of palace intrigue in a small European monarchy. Macready played a general trying to stave off a coup by using Professor Fate (Jack Lemmon, who is a double for the drunken ruler. Macready held his own with such comedy veterans as Lemmon, Tony Curtis, Natalie Wood and a host of others. To top it of, Macready gets involved in one of the great pie fights in film history, and takes one right in the kisser!In real life George Macready was as cultured as he appeared to be on-screen. He was a well-regarded connoisseur of art, and he and a fellow art devotee--and longtime friend--opened a very successful Los Angeles art gallery together during World War II. As far as the villain roles went, Macready was grateful for the depth they allowed him through his years as both film and television actor. "I like heavies," he once said, and to that he added with a philosophic twinkle, "I think there's a little bit of evil in all of us."
George Macready is a member of Actor 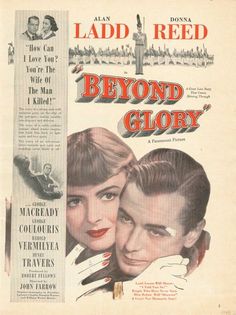 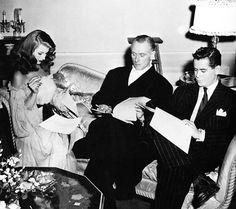 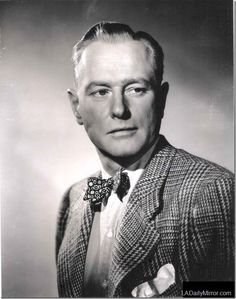 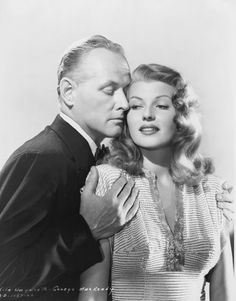 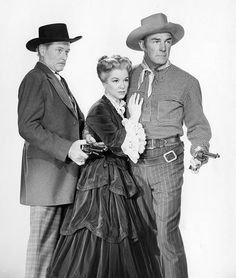 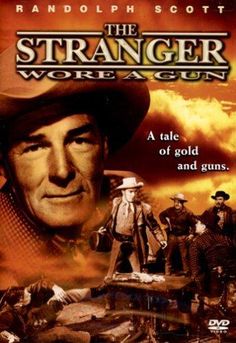 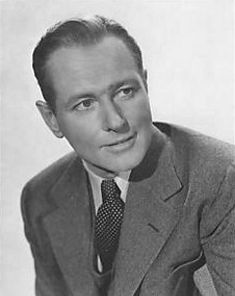 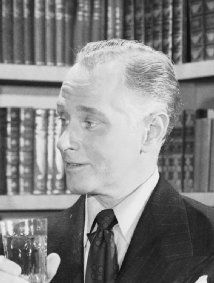 George Peabody Macready Jr. was born in Providence, Rhode Island, and graduated from the local Classical High School (1917) and, in 1921, from Brown University, where he was a member of Delta Phi fraternity and won a letter as the football team manager. While in college, Macready was injured in an accident in a Model T Ford. He sustained a permanent scar on his right cheek, having been thrust through the windshield while traveling on an icy road when the vehicle skidded and hit a telephone pole. He was stitched up by a Veterinarian, but he caught scarlet fever during the ordeal. The injury, along with his high brow and perfect diction, gave Macready the Gothic look of an authoritarian or villainous character.

He made his Broadway debut in 1926 in a stage adaptation of The Scarlet Letter. Through 1958, he appeared in fifteen plays, both drama and comedy, including The Barretts of Wimpole Street, based on the family of the English poet Elizabeth Barrett Browning.

Macready's penchant for acting was spurred in part by the Director Richard Boleslawski. His Shakespearean stage credits include Benedick in Much Ado About Nothing (1927), Malcolm in Macbeth (1928), and Paris in Romeo and Juliet (1934). On film, he played Marallus in the 1953 film adaptation of Shakespeare's Julius Caesar. He also played Prince Ernst in the original stage version of Victoria Regina (1936), starring Helen Hayes.

His first film was Commandos Strike at Dawn (1942), which stars Paul Muni. As Ballin Mundson in Gilda (1946), Macready was part of a deadly love triangle with the characters played by co-stars Rita Hayworth and Glenn Ford. He would again play opposite Ford several years later in the post-war adventure The Green Glove (1952).

An art collector, Macready was a partner with colleague Vincent Price in a Beverly Hills art gallery called The Little Gallery which they opened in 1943. (Macready had played Price's brother on Broadway in Victoria Regina.) According to Lucy Chase Williams' book, The Complete Films of Vincent Price: "The establishment merited photos and two full columns in Newsweek magazine, but rent increases forced The Little Gallery to close after two years."

Stanley Kubrick's anti-war film, Paths of Glory (1957), provided Macready with his other great role, self-serving French World War I General Paul Mireau, who is brought down by Kirk Douglas's character, Colonel Dax. He had worked with Douglas previously in Detective Story (1951) and later he appeared with Douglas again in two more films: Vincente Minnelli's Two Weeks in Another Town (1962) and John Frankenheimer's Seven Days in May (1964).

Macready made four guest appearances on Raymond Burr's Perry Mason, including the role of murder victim Milo Girard in the 1958 episode, "The Case of the Purple Woman." He also appeared regularly in such series as Dick Powell's Four Star Playhouse, General Electric Theater, The Ford Television Theatre, Alfred Hitchcock Presents, Adventures in Paradise, and The Islanders.

In the 1960s, Macready appeared for three years in the role of Martin Peyton in ABC's Peyton Place, the first prime-time soap opera on American television, with Dorothy Malone in the lead role of Constance MacKenzie. He played a rare comedy role as General Kuhster in Blake Edwards' film The Great Race (1965).

On December 5, 1961, he played a Colonel John Barrington in the episode "Handful of Fire" of NBC's Laramie western series. The character's prototype is presumably John Chivington of the Sand Creek Massacre in 1864 in Colorado. Barrington escapes while facing a court martial at Fort Laramie for his role in the Wounded Knee Massacre in South Dakota in 1890. The episode reveals that series character Slim Sherman (John Smith) was present at Wounded Knee and hence testified against Barrington. Then his daughter, Madge, played by Karen Sharpe, takes Slim hostage. She has papers which she contends justify her father's harsh policies against the Indians. Slim escapes but is trapped by Sioux in the area and must negotiate with the Indians to save the party from massacre.

On May 26, 1962, Macready was cast as Cyrus Canfield, a vengeful father searching for his runaway teenaged daughter, Phoebe, played by Floy Dean, in the episode "Phoebe", the series finale of NBC's The Tall Man.

He played publishing magnate Glenn Howard in the TV movie Fame Is the Name of the Game (1966) starring Anthony Franciosa but was replaced by Gene Barry in the role when the film was subsequently used as the pilot for the television series The Name of the Game with Franciosa, Barry, and Robert Stack revolving in the lead.

One of Macready's last film roles was as United States Secretary of State Cordell Hull in Tora! Tora! Tora! (1970), a depiction of the events leading up to the Japanese attack on Pearl Harbor.

Macready died of emphysema in 1973 and his body was donated to the UCLA School of Medicine.

Macready first worked in a bank in Providence and was then briefly a newspaperman in New York City before he turned to stage acting. He claimed to have been descended from the 19th century Shakespearean actor william Macready.