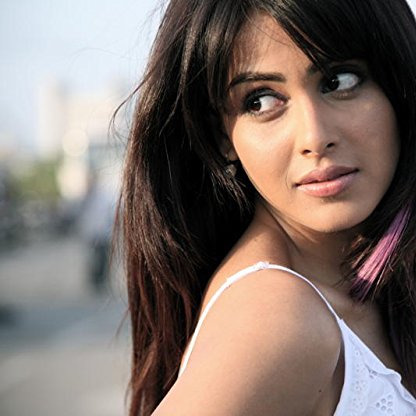 Genelia D'Souza was born on August 05, 1987 in  Bombay, Maharashtra, India, India, is Actress. Genelia D'Souza is an Indian actress, model, and host. She has appeared in Telugu, Hindi, Tamil, Kannada, and Malayalam language films. After gaining wide attention in a Parker Pen commercial with Amitabh Bachchan, D'Souza began her acting career with Tujhe Meri Kasam in 2003. She was recognized for her role in Boys the same year, and later established herself in Telugu cinema by acting in several Telugu films during 2003-2005. D'Souza received her first Filmfare Award in 2006 for her performance in the Telugu romantic film, Bommarillu, which earned her critical acclaim. In 2008, she gave critically acclaimed performances in Santosh Subramaniam, a Tamil remake of Bommarillu, and the Bollywood movie Jaane Tu... Ya Jaane Na. Having acted in several commercially successful movies in Telugu and Tamil, D'Souza has established herself as one of the leading actresses of the South Indian film industry.In addition to movie acting, D'Souza has hosted the television show Big Switch, and is the brand ambassador of Fanta, Virgin Mobile India, Fastrack, LG Mobiles, Garnier Light, Margo, and Perk in India
Genelia D'Souza is a member of Actress 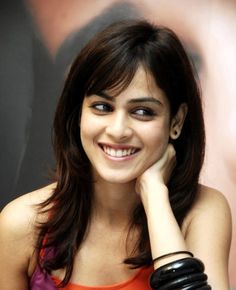 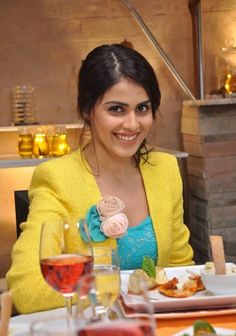 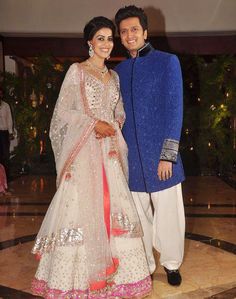 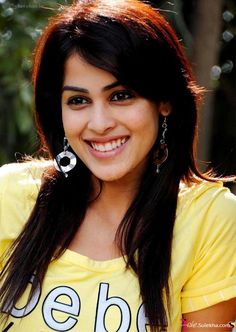 Genelia's professional movie career began, with her Bollywood debut Tujhe Meri Kasam in 2003. Film critic Taran Adarsh noted, "Genelia is a wonderful performer. She catches you unaware with a performance that's natural to the core." The film was a box-office success. However, it could not do much to propel her career in Bollywood. Later, she decided to act in South Indian films. The same year, she made her Tamil debut as the teenage girl Harini in Boys, a story about five teenagers having stereotypical teen-boy fantasies. The movie, though noted for its vulgar sexual content, was a box-office success, and subsequently she started receiving Telugu film offers. She left Tamil cinema for a while to concentrate on the Telugu film industry. She made her Telugu debut in 2003 as a medical student in Satyam. Sify noted in their review that, "Genelia is excellent as her body language is her major asset." The movie was well received, and it raised her profile in the Telugu film industry.

In 2004, Genelia appeared in her second Bollywood movie, Masti. The comedy focuses on three close friends who reunite after three years, but are now married and are being harassed by their wives. Genelia portrayed the character of one of the wives. Taran Adarsh was complimentary of Genelia's role, saying, "Amongst the wives, Genelia is the best, [...] Genelia looks the stern and demanding wife and is sure to be noticed." The film was a box-office success. The same year, she appeared in two Telugu movies Samba, and Sye, both succeeding at the box-office.

After appearing in her first Telugu movie in 2005, Naa Alludu, she starred in the Tamil romantic entertainer Sachein. A review in The Hindu noted, "Genelia, who hardly made an impression in Boys, makes much impact in Sachein." The movie evoked mixed response from audiences, but was well received with the younger generation. She later appeared in the Telugu patriotic movie Subhash Chandra Bose.

The year 2006 marked a significant turning point in Genelia's career. She completed two Telugu movies in early 2006, one was the romantic comedy Happy, and the other was Raam. She then portrayed the role of Haasini, a vibrant, effervescent and a happy-go-lucky young girl, in the 2006 Telugu romantic film Bommarillu. The movie, a blockbuster at the box-office, grossed ₹250 million (US$3.8 million) in India, and also won the 2006 Golden Nandi award. Her character was well received, and garnered her the Telugu Filmfare Award for Best Actress, besides Nandi Special Jury Award and Santosham Award for Best Actress. Sify concluded about her acting in their review that, "The scene stealer is Genelia with her innocent looks and cute mannerisms. She does not overact and we just fall in love with her character. Genelia looks like a dream in chic skirts and is the life of the party and raises the bar of the film."

Following the success of Bommarillu, Genelia played the role of the daughter of a local don, in the Tamil gangster film Chennai Kadhal alongside Boys co-star Bharath. Rediff.com criticized her commenting, "Genelia stands up yet again to prove the point that if you are pretty and well dressed, you can get away with anything, without acting." Shortly afterwards in 2007, Genelia played the role of sister of a notorious gangster in the blockbuster Telugu movie Dhee, set against a gang war backdrop.

D'Souza has been often tagged in the media as the "bubbly girl", after portraying the role of a young energetic girl in several movies, especially Jaane Tu... Ya Jaane Na (2008). She appeared alongside Shahid Kapoor on the fourth episode of Tere Mere Beach Mein, a Celebrity chat show, hosted by Farah Khan. The theme of the show was "Second Innings", since both D'Souza and Kapoor had the same history of failures initially and success later in their acting careers. In June 2010, D'Souza was crowned as the "Brand Ambassador of the Year" at the CNBC Awaaz consumer awards, for endorsing nine brands. She is now the brand ambassador of the soft drink Fanta (replacing Rani Mukherjee), the chocolate Perk (replacing Preity Zinta), Virgin Mobile India (along with Ranbir Kapoor), Fastrack watches and accessories, LG mobiles (along with John Abraham and Abhay Deol), Garnier Light fairness cream, Dabur Vatika hair oil, Margo soap, and Spinz deodorant.

She has unveiled Spinz Black Magic deodorant on 7 October 2009 in Mumbai, and the Ceres Store Retail outlet. At the Chennai International Fashion Week (CIFW) in December 2009, she appeared as a showstopper for designer Ishita Singh's spring-summer indigenous collection of 2010, showcasing the best of Indian and Western dresses. She also holds a Limca world record of delivering four different super hit films in four different languages, Ready (Telugu), Satya in Love (Kannada), Santosh Subramaniam (Tamil), and Jaane Tu... Ya Jaane Na (Hindi) in a span of one calendar year.

In June 2010, she was the subject of a controversy, when a Tamil daily reported that she had attended the controversial 2010 IIFA Awards in Colombo. Several Bollywood actors and the South Indian film industry had boycotted the event, over the alleged killing of Tamilian civilians at the height of the conflict between the Sri Lanka Army and the Liberation Tigers of Tamil Eelam (LTTE) in 2009. The rumours of her visit to Colombo started after her friend Ritesh Deshmukh was seen at the festival in Colombo. Immediately, various Tamil groups and Kollywood associations demanded her films to be banned.

In 2011, a controversy broke out for her film Force, in a wedding sequence scene of herself and John Abraham. Sources claim that the wedding ceremony and rituals conducted were so authentic that they would have actually been husband and wife in real life. Instead of a junior artiste, a real priest was called for the scene. Again, following the reports of Ritesh Deshmukh and D'Souza's marriage plans, the priest landed up at Producer Vipul Amrutlal Shah's office to register a complaint. He insisted that the couple couldn't get married, as D'Souza has been already married to John Abraham, as all marriage rituals were observed, from wearing a mangalsutra (a sacred thread worn by Indian women as a symbol of their marriage), to exchanging garlands, and taking the seven steps around the holy fire. Shah dismissed the claims as a publicity stunt.

D'Souza is deeply religious and says that, she regularly attends Sunday Mass at St. Anne's Parish (Bandra), and whenever the family is home, a part of their evening is reserved for saying the rosary together. In an interview with The Times of India, she comments, "I keep a Novena every Wednesday at St. Michael's Church in Mahim." In an interview with Daily News and Analysis, she said that "My communication with God is conversational, [...] I'm God's favourite child; I believe that God has always been kind to me." Tabloids repeatedly linked D'Souza romantically with Ritesh Deshmukh, ever since they starred together in their debut film Tujhe Meri Kasam in 2003. They were reportedly ready to get engaged, but Ritesh's father, the then-Maharashtra Chief Minister, Vilasrao Deshmukh did not agree. D'Souza later denied any rumors of a relationship with Deshmukh, and responds that she had just friendly relations with him. However, the couple eventually got married on 3 February 2012, according to Marathi marriage traditions in a Hindu wedding ceremony, they had a church wedding the next day. The couple's first child, a son named Riaan, was born on 25 November 2014. Their second son was born on 1 June 2016.