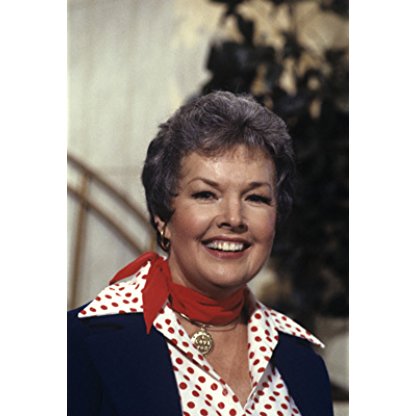 Gale Storm was born on April 05, 1922 in  Bloomington, Texas, United States, is Actress, Soundtrack. Born with the drab, unlikely name of Josephine Cottle on April 5, 1922, this pleasantly appealing, Texas-born, auburn-haired beauty was only seventeen months old when her father William passed away. The family moved from Bloomington (her home town) to McDade (between Austin and Houston) where her mother Minnie made ends meet as a seamstress and milliner. The youngest of five children, the family eventually settled in Houston where Gale took dance and ice skating lessons, developed a strong interest in acting and performed in high school dramatics. Encouraged by her teachers, Gale by chance entered and was chosen the winner of local radio talent contest called Jesse L. Lasky's "Gateway to Hollywood" in 1939. This took her and her mother to Hollywood where she captured the national contest title.Handed the more exciting stage moniker of "Gale Storm", she was soon put under contract to RKO Pictures. Although she was dropped by the studio after only six months, she had established herself enough to find work elsewhere, including Monogram and Universal. Appearing in a number of "B" musicals, mysteries and westerns, her wholesome, open-faced prettiness made her a natural for filming. The programmers, however, that she co-starred in were hardly the talk of the town. Making her inauspicious debut with Tom Brown's School Days (1940), her 40s movies bore such dubious titles as Let's Go Collegiate (1941), Freckles Comes Home (1942), Revenge of the Zombies (1943), Sunbonnet Sue (1945), Swing Parade of 1946 (1946), and Curtain Call at Cactus Creek (1950), indicates the hardships of finding suitable worthy of her talent. Arguably, her better movies include the family Christmas tale It Happened on Fifth Avenue (1947) which co-starred Don DeFore; the overlooked western comedy The Dude Goes West (1948) opposite Eddie Albert; and the film noir piece The Underworld Story (1950) with Dan Duryea.After years of toiling in films, Gale finally turned things around at age 30 by transplanting herself to the small screen. Her very first TV series vehicle My Little Margie (1952), which was only suppose to be a summer replacement series for I Love Lucy (1951), became one of the most watchable sitcoms in the early 50s while showing up in syndicated reruns for decades. Co-starring the popular film star Charles Farrell as her amiable dad, Gale's warmth and ingratiating style suited TV to a tee, making her one of the most popular light comediennes of the time. She segued directly into her second hit series as a cruise ship director in The Gale Storm Show: Oh! Susanna (1956), which was better known as "Oh! Susannah" after it went into syndication. Co-starring woebegone Zasu Pitts as the ship's manicurist and her "Ethel Mertz" counterpart, this show lasted a season longer than her first.In the midst of all this, the (gasp) thirty-something star dared to launch her own Las Vegas nightclub and pop recording careers. Always looking much younger than she was, she produced a number of Billboard chart makers including "I Hear You Knocking" (her first hit), "Memories Are Made of This", "Ivory Tower" and her own cover of "Why Do Fools Fall in Love". Her most successful song of the decade was "Dark Moon", which peaked at #4.Gale's film career took a sharp decline following the demise of her second series in 1960. Most of her focus was placed modestly on the summer stock or dinner theater circuit, doing a revolving door of tailor-made comedies and musicals such as "Cactus Flower", "Forty Carats", "The Unsinkable Molly Brown" and "South Pacific". She finally appeared again on TV in a The Love Boat (1977) segment in 1979 after nearly a two-decade absence. It was later revealed in Gale's candid autobiography "I Ain't Down Yet" (1981) and on the talk show circuit that the disappearance was triggered by a particularly vicious battle with alcohol. Years later, Gale became an outspoken and committed lecturer in helping to remove the stigma attached to such a disease, particularly as it applied to women.Fully recovered, she has been widowed twice -- by actor Lee Bonnell in 1986 and Paul Masterson in 1996. Incredibly accommodating over the years, Gale has appear on the nostalgia and film festival circuits to the delight of her many fans.
Gale Storm is a member of Actress 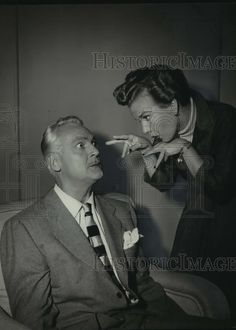 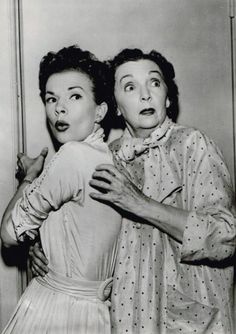 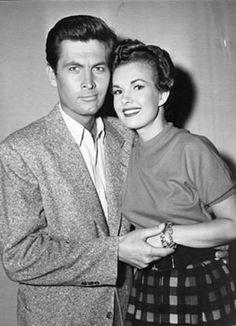 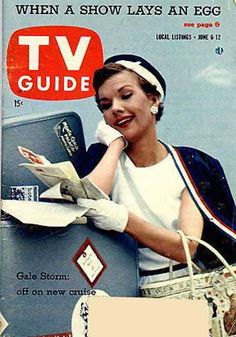 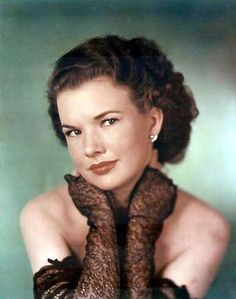 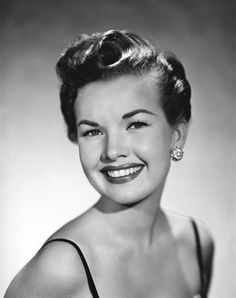 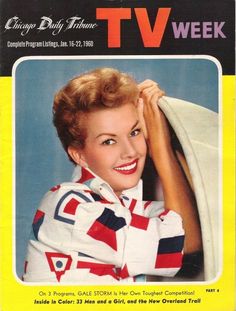 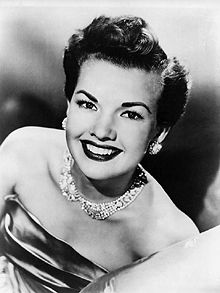 During the 1970s I experienced a terribly low and painful time of dealing with alcoholism. I had Lee's unfailing support through the entire ordeal. My treatment and recovery were more than rugged. At that time, there was such a stigma attached to alcoholism, particularly for women, that it could be hazardous to your reputation and career. I thank God daily that I have been fully recovered for more than 20 years. During my struggle, I had no idea of the blessing my experience could turn out to be! I've had the opportunity to share with others suffering with alcoholism the knowledge that there is help, hope, and an alcohol-free life awaiting them.

Storm had a role in the radio version of Big Town. After winning the contest in 1940, Storm made several films for the studio, RKO Radio Pictures. Her first was Tom Brown's School Days, playing opposite Jimmy Lydon and Freddie Bartholomew. She worked steadily in low-budget films released during this period. In 1941, she sang in several Soundies, three-minute musicals produced for "movie jukeboxes".

Storm was married and widowed twice. In 1941, while still a teenager, she married Lee Bonnell (1918–1986), then an actor and later a businessman. They had four children: Peter, Phillip, Paul, and Susanna. In 1988, two years after she was widowed, she married Paul Masterson (1917–1996), who also predeceased her.

Storm proceeded to star in a number of films, including the romantic comedies G.I. Honeymoon (1945) and It Happened on Fifth Avenue (1947), the western Stampede and the 1950 film-noir dramas The Underworld Story and Between Midnight and Dawn. U.S. audiences warmed to Storm and her fan mail increased. She performed in more than three dozen motion pictures for Monogram, experience which made possible her success in other media.

She acted and sang in Monogram Pictures' popular Frankie Darro series, and played ingénue roles in other Monogram features with the East Side Kids, Edgar Kennedy and The Three Stooges, most notably in the film Swing Parade of 1946. Monogram had always relied on established actors with reputations, but in Gale Storm the studio finally had a star of its own. She played the lead in the studio's most elaborate productions, both musical and dramatic. She shared top billing in Monogram's Cosmo Jones, Crime Smasher (1943), opposite Edgar Kennedy, Richard Cromwell, and Frank Graham in the role of Jones, a character derived from network radio.

In 1950, Storm made her television debut in Hollywood Premiere Theatre on ABC. From 1952 to 1955, she starred in My Little Margie, with former silent film actor Charles Farrell as her father. The series began as a summer replacement for I Love Lucy on CBS, but ran for 126 episodes on NBC and then CBS. The series was broadcast on CBS Radio from December 1952 to August 1955 with the same actors. Her popularity was capitalized on when she served as hostess of the NBC Comedy Hour in the winter of 1956. That year she starred in another situation comedy, The Gale Storm Show (aka Oh! Susanna), featuring another silent movie star, ZaSu Pitts. The Gale Storm show ran for 143 episodes on CBS and ABC between 1956 and 1960. Storm appeared regularly on other television programs in the 1950s and 1960s. She was both a panelist and a "mystery guest" on CBS's What's My Line?

In Gallatin, Tennessee, in November 1954, a 10-year-old girl, Linda Wood, was watching Storm on a Sunday night television variety show, NBC's Colgate Comedy Hour, hosted by Gordon MacRae, singing one of the popular songs of the day.

Storm was a registered Republican and campaigned for U.S. Senator Barry M. Goldwater in the 1960s.

In 1981, she published her autobiography, I Ain't Down Yet, which described her battle with alcoholism. She was also interviewed by author David C. Tucker for The Women Who Made Television Funny: Ten Stars of 1950s Sitcoms, published in 2007 by McFarland and Company.

Storm lived alone in Monarch Beach, California, near two of her sons and their families, until failing health forced her into a convalescent home in Danville, California. She died there on June 27, 2009, aged 87.