Frederick II, Holy Roman Emperor was born on December 26, 1194 in Iesi, Marche, Italy, Italy, is Holy Roman Emperor. Frederick II was a mighty Holy Roman Emperor of the Medieval Era who was often referred to as ‘stupor mundi’ or wonder of the world. He also held the title of King of the Romans. He was coronated as King of Sicily at three years of age with his mother, Constance of Hauteville as the regent. The cultural and political aspirations of Frederick II were far-reaching. He became King of Italy, Germany and Burgundy. He also became the King of Jerusalem through his marriage and association with the Sixth Crusade. His relentless efforts to set up a powerful centralised Italian state often resulted into conflicts with the Papacy and the urban centres of Italy resulting in a long and bitter war with the Popes and other enemies. He was often assailed and faced excommunication four times. He was tagged as Antichrist by Pope Gregory IX. Frederick II was a great patron of arts and science. He was a polyglot who could speak Sicilian, Greek, Latin, Arabic, French and German. Soon after his death, his dynasty crumbled and his heir line died out bringing an end to the ‘House of Hohenstaufen’.
Frederick II, Holy Roman Emperor is a member of Historical Personalities 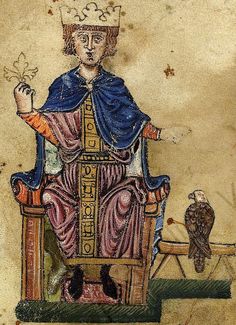 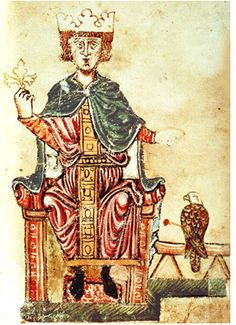 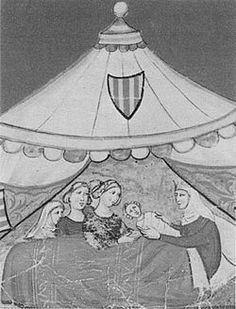 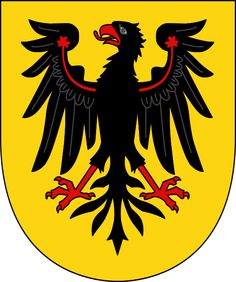 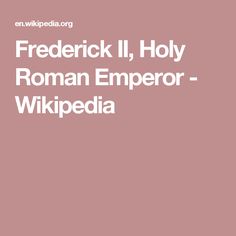 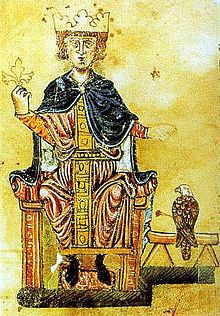 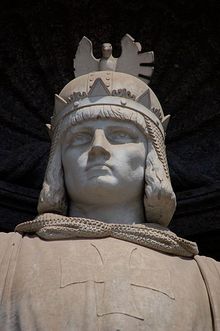 A man of extraordinary culture, energy, and ability – called by a contemporary chronicler stupor mundi (the wonder of the world), by Nietzsche the first European, and by many historians the first modern ruler – Frederick established in Sicily and southern Italy something very much like a modern, centrally governed kingdom with an efficient bureaucracy.

20th century treatments of Frederick vary from the sober (Wolfgang Stürner) to the dramatic (Ernst Kantorowicz). However, all agree on Frederick II's significance as Holy Roman Emperor. In the judgment of British Historian Geoffrey Barraclough, Frederick's extensive concessions to German princes—which he made in the hopes of securing his base for his Italian projects—undid the political power of his predecessors and postponed German unity for centuries.

However, the modern approach to Frederick II tends to be focused on the continuity between Frederick and his predecessors as Kings of Sicily and Holy Roman Emperors, and the similarities between him and other thirteenth-century monarchs. David Abulafia, in a biography subtitled "A Medieval Emperor," argues that Frederick’s reputation as an enlightened figure ahead of his time is undeserved, and that Frederick was mostly a conventionally Christian monarch who sought to rule in a conventional medieval manner.