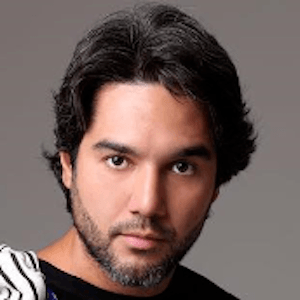 TV host and actor known for his role as Gahiji in the Brazilian show Moses and The Ten Commandments in 2015.

He started studying at his local theatre at age 10, working at an ice-cream parlor in order to pay for classes. He went on to work in several advertising campaigns before becoming the host of the TV Salvador program Camera Express.

He was a special reporter for two years on RecordTV's Xuxa Meneghel Program, where he covered behind-the-scenes details of running telenovelas.

He and his three siblings were raised by a single mother. He is adopted.

Sérgio Marone are amongst his co-stars on Moses and The Ten Commandments.