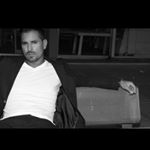 Professional Footballer who is best known for playing as a defender for Mexican Club Leon in the Liga MX.

As a child, he attended soccer school in Mexico City called FEMAC. After he went through a team of CECAP and Pumitas, he was recruited to Atlante Tecamachalco of the Second Division. He made his professional debut in 2008.

He was named in Mexico's provisional squad for the 2015 CONCACAF Gold Cup.

He was born and raised in Mexico City, Mexico.

As a player for the Lion Club, he is among the ranks of other players including Elias Hernandez.