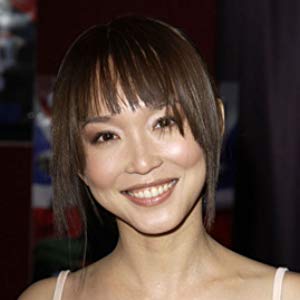 Fann Wong is a Singapore-born actress-singer-model of Chinese origin. Born on 27 January 1971, she derived her artiste name, Fann Wong, from a combination of her father's surname (Fann) and her mother's surname (Wong). With GCE 'A' Levels and a diploma in fashion merchandising from the La Salle International Academy, her break into showbiz was when she was 16, and was crowned champion of a beauty contest in Singapore which she participated in. She stayed in the modelling circuit between 1990 to 1994, occasionally flying to Taiwan to film product endorsements for products such as Oil of Ulan. In 1994, she was discovered in Taipei by a Singapore TV producer who invited her back to Singapore to act in a drama serial, Mei meng cheng zhen (1994). Fann's natural acting talent was discovered in the show, and this led to her career transition as a television actress based in Singapore. A slew of television projects soon after - including her third and award-winning serial, Yuan jin jin sheng (1995) - raised her profile, status and popularity such that she became a top name in Singapore by 1995. In 1996, another career transition for her happened when she released her first solo Mandarin pop album, 'Fanntasy' (1996) in Singapore. However, due to a contractual problem which occurred in late 1996 between MediaCorp (her management agency in Singapore) and a Taiwanese artiste management agency, Fann was suspended for half a year. During that period, she attended vocal and drama classes in Shanghai. After she was released from her suspension period in mid-1997, she went over to Taiwan and released a repackaged version of that album, titled 'I Live Alone'. It was an immense success in the Taiwanese music market, achieving four IFPI Platinum awards in sales records and moving over half a million units in the East Asian market. In 1998, Fann's gongfu TV drama, Shen diao xia lv (1998), was a runaway success in Taiwan and China. It immensely increased Fann's popularity in the region and certified her as a credible actress in the Chinese-speaking world. At the same time, the release of her very commercially-successful second solo album, 'Shopping' (1998), won her many fans in the region, including the award-winning Hongkong director, Tung-Shing Yee, who noticed her 'Shopping' MTV on Channel V in Hongkong and invited her to star in her first big-screen Hongkong movie, an art film titled Zhen xin hua (1999). Her breakthrough role as a delinquent teenager who finally made good introduced her to Hongkong movie audiences and won her a prestigious nomination for the Best New Performer Award at the Hongkong Film Awards (the Hongkong equivalent of the Oscars). The success of the movie led to another Hongkong feminist movie titled Yüeliang de mimi (2000), in which Fann had a starring role opposite Michelle Reis and 'Teresa Lee (I)'. In these two years, she also found time to continue her prolific singing career, releasing soundtracks to all her movies and TV serials as well as dueting with the British boyband, 911 in the English classic, 'Private Number'. Hence, in 2000, she became the first Singaporean to stage a large-scale concert ('My Story - Fann Wong In Concert') at Singapore's Indoor Stadium. It was a major media focus and a sell-out gig. Later in the year, Fann returned to her modelling origins again when she was invited to Hongkong to do an artistic pictorial helmed by renowned award-winning Hongkong conceptualists William Chang and Wing Shya. The pictorial, titled 'In +he Mood', found a ready market in Asia. It was noticed that made-in-Singapore serials like Bu bu wei ying (1999) and Xing suo (2000) won Fann the most critical acclaim and viewership ratings, so in 2001, her focus switched back to being a television actress, with 4 drama serials and one Taiwanese web movie in 2001 alone. She worked with renowned Taiwanese producer Pei-Pei Yang in a blockbuster Taiwanese serial Qing she yu bai she (2001), which showcased her versatility in acting. This serial raised Fann's profile and popularity in Taiwan and later in the year, Fann was invited as a guest presenter for Taiwan's most prestigious movie award event, the Golden Horse Awards. In early 2002, she also appeared in the Ka-Fai Wai-produced China-Singapore collaboration, You qing you yi (2002). During this period, she diversified her career portfolio by actively hosting travelogue shows such as Travel Hunt: Japan (2001) and Fann Adventure (2002). In 2003, she appeared alongside international stars Jackie Chan and 'Owen Wilson' on cinema screens worldwide in her first Hollywood film, Shanghai Knights (2003), which gave her career an international boost. She was nominated in the 2003 MTV Movie Awards (Best Fight category) for her kickfighting role in this movie.