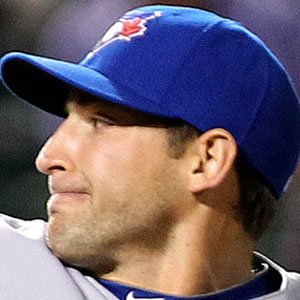 MLB pitcher who began his career with the Toronto Blue Jays in 2012.

He set an Alabama state record with 47 wins in high school, throwing two no-hitters, and he joined the University of Auburn upon graduation.

He grew up in Pensacola, Florida.

He joined Jose Bautista on the Blue Jays in 2012.