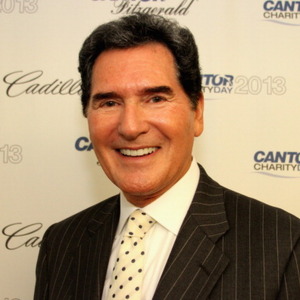 Ernie Anastos net worth: Ernie Anastos is an American television news anchor who has a net worth of $3.5 million dollars. Ernie Anastos was born in Nashua, New Hampshire in July 1943. He graduated from Northeastern University and started as a news man for a radio station in Boston under the name Ernie Andrews.
Ernie Anastos is a member of Richest Celebrities

He moved to TV in 1976, becoming an anchor in Providence. In 1978 he became an anchor of the 11:00 pm Eyewitness news in New York. He later became anchor at 5:00 pm as well. He moved from WABC to WCBS. In 2005 Anastos signed a $10 million contract with WNYW-TV. He covered the World Trade Center attacks and has traveled to Cuba to meet with Fidel Castro. He reported on Princess Diana's death and funeral. Ernie was nominated for an Emmy for his coverage of John F. Kennedy, Jr.'s death. He has worked for CBS This Morning and has filled in on ABC's Good Morning America. He has made gaffes on air including saying "keep fuckin' that chicken" live. He appeared in an episode of the show 24 and joined New York Institute of Technology in 2014. He authored a book titled Twixt: Teens Yesterday and Today and has written many columns for Family Circle. He has 28 Emmy Awards and nominations, as well as a nomination for the Edward R. Murrow Award. The Anastos Media Group owned multiple radio stations that were sold to Empire Broadcasting Corporation.
Ernie Anastos Salary
What is Ernie Anastos' salary? $350,000 per year