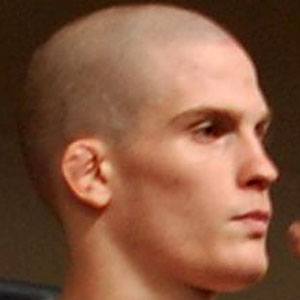 Featherweight fighter who turned professional in 2007 and joined the UFC in 2010.

He started training in grappling and martial arts at age 13.

He earned his second UFC Knockout of the Night against Raphael Assuncao on March 19, 2011.

He has an older brother named Keoni.

He suffered his first defeat at the hands of Chad Mendes on March 6, 2010.