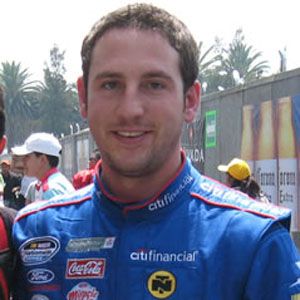 He started racing when he was 12 years old in the River Valley Kart Club.

He was the co-winner on the Discovery Channel program Roush Racing: Driver X.

He alternated with Bobby LaBonte, driving the #96 Academy Sports + Outdoors Ford for the Atlanta, Talladega, and Texas races in 2009.