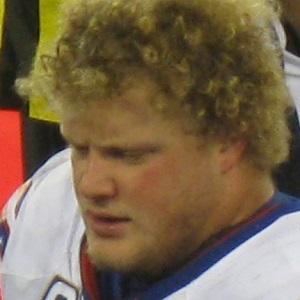 NFL center who was a first round pick of the Buffalo Bills in the 2009 NFL Draft.

He played football at the University of Louisville.

He was considered one of the best centers in the 2009 NFL Draft and ended up starting the first 10 games of the 2009 season for the Bills, until he was sidelined by an injury.

He received many comparisons to the great center Mike Webster.