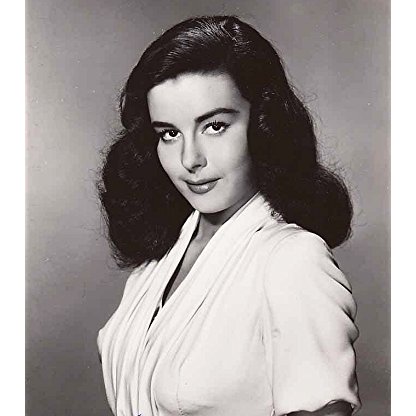 Elaine Stewart was born on May 31, 1930 in  Montclair, New Jersey, United States, is Actress. Ravishing redhead Elaine Stewart came onto the film scene in the early 1950s and decorated a number of eastern and western films as well as crimers as a second-tier MGM star. Her striking, shapely beauty and "come hither" sensuality was on full display throughout the decade, often as a temptress or schemer. By the early 1960s, however, she had faded from view, prompted by her 1963 marriage to a game show producer. She then came out of her Beverly Hills retirement in the early 1970s made a modest return to TV in the 70s charming daytime audiences on the game show circuit.Elaine was born Elsy H. Steinberg in Montclair, N.J., on May 31, 1930, the daughter of a Jewish policeman. A one-time usherette and cashier at her hometown movie theatre. Elaine developed very quickly into a beautiful young woman. After a brief stint as a medical assistant, and while still a teen, she was eventually taken on by the Conover Modeling Agency. Changing her name to the more glamorous-sounding Elaine Stewart, her whistle-worthy portfolio and beauty awards eventually caught the attention of Hollywood executives.Movie mogul Hal B. Wallis offered the wannabe starlet the small, unbilled role of a nurse in the Dean Martin/Jerry Lewis slapstick comedy Sailor Beware (1952). MGM subsequently signed the glamour girl to a contract with the intention of building her up as a dark-haired Marilyn Monroe type. The build-up was gradual with window-dressing bits as a chorine, stewardess and the like in such MGM films as Singin' in the Rain (1952), You for Me (1952) and Everything I Have Is Yours (1952). She then moved up the movie ladder to more visible parts in Sky Full of Moon (1952) and, most pointedly, as Lila, the sexy lush and opportunist who has a marvelous "descending staircase" bit in The Bad and the Beautiful (1952). During this time, she became a popular pin-up and made the cover of Life Magazine. She later appeared nude on the Playboy Magazine pages (September, 1959).She hit sultry "B" co-star status the following year in the semi-documentary-styled police drama Code Two (1953) opposite Ralph Meeker, appeared briefly as the ill-fated queen "Anne Boleyn", mother to "Queen Elizabeth" in the Jean Simmons starrer Young Bess (1953); provided lovely distraction in the macho war film Take the High Ground! (1953) alongside Richard Widmark; played a princess-in-peril in The Adventures of Hajji Baba (1954) and, co-starring with Gene Kelly and Van Johnson, glamoured up the musical Brigadoon (1954). She left MGM around 1956, and finished off the decade with the films Night Passage (1957), The Tattered Dress (1957) and Escort West (1959). In the early 1960s, she made a couple of films both here and abroad and her standard sultry allure could be witnessed on such TV dramas as Burke's Law (1963) and Perry Mason (1957).Briefly married to actor Bill Carter in the early 1960s, she later wed Emmy Award-winning game show creator Merrill Heatter and left her career to raise two children. In 1972, she became a co-hostess of the Heatter-Quigley game show Gambit (1972) with perennial game show emcee Wink Martindale and later partnered in the dice-rolling gamer High Rollers (1975) with Alex Trebek.Following an extended illness, the actress died in Beverly Hills at the age of 81 in June of 2011. She was survived by her second husband Merrill Heatter, son Stewart Heatter and daughter Gabrielle Heatter.
Elaine Stewart is a member of Actress 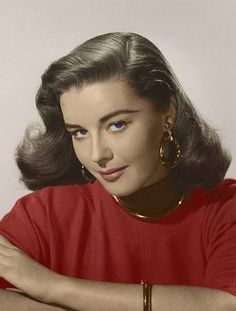 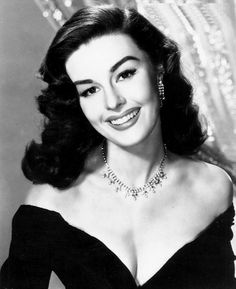 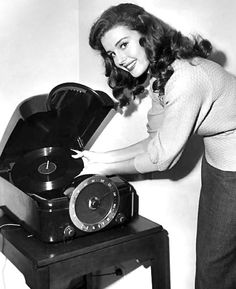 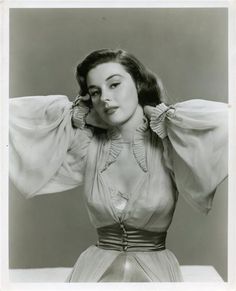 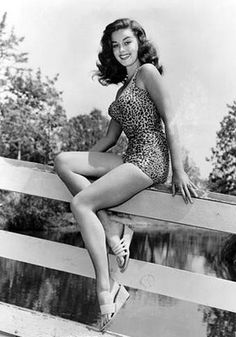 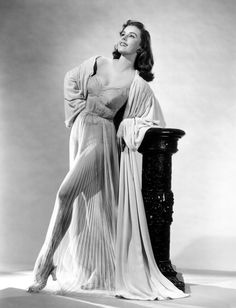 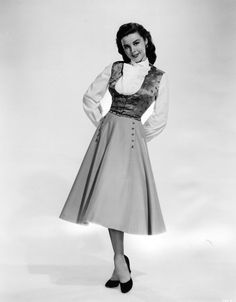 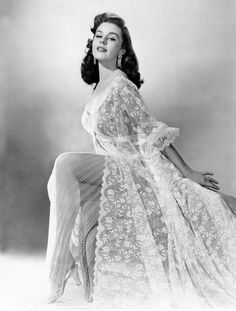 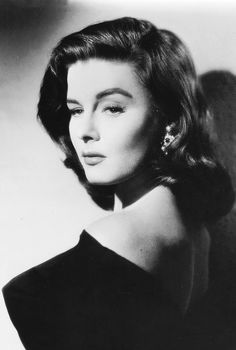 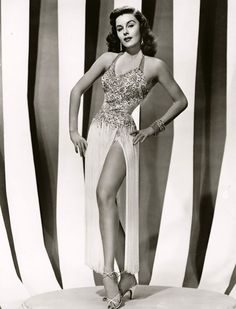 Stewart had a supporting role in The Bad and the Beautiful (1952), as Lila, a starlet who has a romantic fling with a Producer played by Kirk Douglas. She was featured as Julie, the love interest of Sgt Ryan, played by Richard Widmark, in Take the High Ground! (1953) and co-starred with Mickey Rooney in a 1953 comedy, A Slight Case of Larceny.

She appeared in other films, such as Brigadoon, Night Passage, Code Two, The Rise and Fall of Legs Diamond, and The Adventures of Hajji Baba. Stewart had a small but key role, as Anne Boleyn, in 1953's Young Bess. She co-starred with Jeff Chandler in the film noir The Tattered Dress (1957), with Victor Mature in the western Escort West (1958) and shared top billing with John Derek in a 1958 adventure film, High Hell, before turning to television.

Stewart guest-starred in TV series such as Bat Masterson and Burke's Law, both starring Gene Barry. In her last acting appearance on TV, she played Irene Grey in the Perry Mason episode "The Case of the Capering Camera" in 1964. Stewart was a co-hostess on two 1970s game shows, Gambit with Wink Martindale and the nighttime edition of High Rollers with Alex Trebek, both produced by her husband, Merrill Heatter.

On June 27, 2011, Stewart died at her home in Beverly Hills, California, at the age of 81. She was survived by her husband and two children.