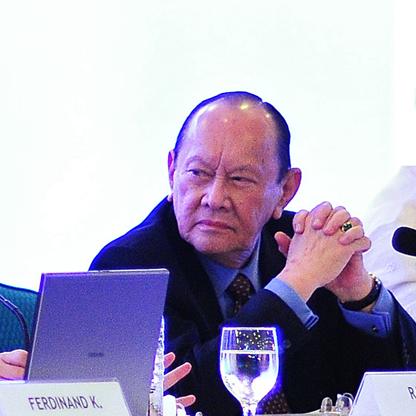 Eduardo Cojuangco was born on June 10, 1936 in Philippines, Philippines. Politician-diplomat-businessman and Marcos era crony, Eduardo Cojuangco or "Danding," chairs powerful food and infrastructure conglomerate San Miguel. Protégé Ramon Ang bought his stake in 2012 and now controls operations. He also owns a private cement-manufacturing business and is invested in orchards, stud farms, and wineries in Australia.
Eduardo Cojuangco is a member of Food and Beverage 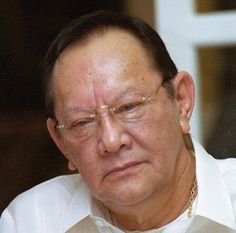 Cojuangco was a close adviser and personal friend to former Philippine President Ferdinand E. Marcos, which led his estrangement from his cousin, Corazon Aquino, who, after Marcos' ouster, succeeded him as President. He was a member of the group nicknamed the "Rolex 12", a group of 12 men who were closest to Marcos and allegedly were his enforcers of Martial Law. He is also an honorary member of PMA Class 1951. Cojuangco also was accused by the military men at the scene of Benigno Aquino Jr.'s assassination, as the leader who orchestrated the crime.

He was also an advocate for Sports in the country through using his companies as sponsor for various events. He is notable for supporting basketball in a huge way since the 1980s as a basketball godfather for President Marcos with the famed Northern Consolidated team. Through San Miguel Corporation, he currently owns three teams in the Philippine Basketball Association (the flagship San Miguel Beermen, Barangay Ginebra San Miguel, and Star Hotshots). He is also the key benefactor of the De La Salle Green Archers men's basketball team.

He is currently the chairman emeritus of the Nationalist People's Coalition, the party he founded in 1992 which served as his vehicle to further his aspirations in the 1992 presidential elections. He was a candidate for the Philippine presidency in 1992, ultimately losing in a tight election to Fidel V. Ramos. Ramos received 23.6% of the vote. Miriam Defensor Santiago came in second with 19.7% and Cojuangco came in third with 18.2%. He further tested the political waters in 2003, intending to run in the 2004 presidential election, but soon withdrew.