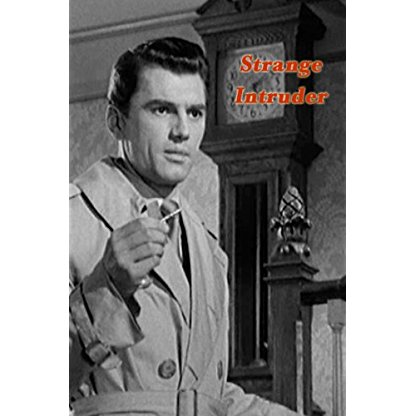 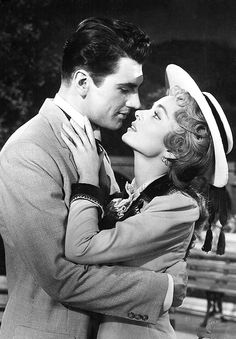 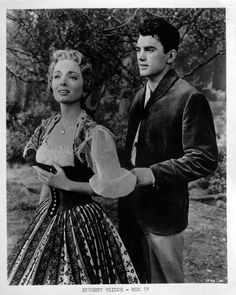 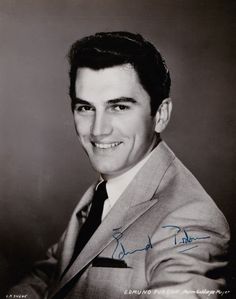 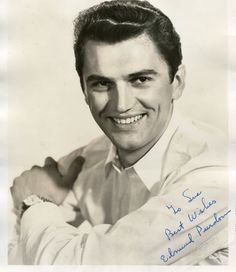 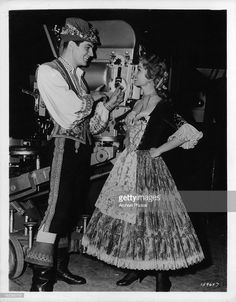 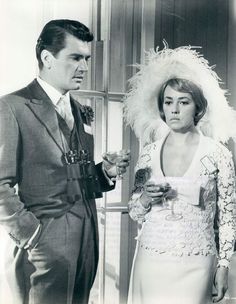 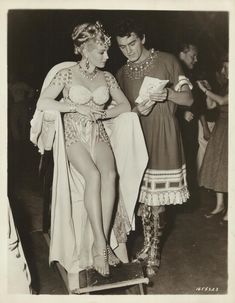 He began his acting career in 1946 by joining the Northampton Repertory Company, appearing in productions which included Romeo and Juliet and Molière's The Imaginary Invalid. Followed by two years of military Service where he joined the Army Pool of Artists. He then joined the Royal Shakespeare Theatre at Stratford-upon-Avon for two seasons. He was seen by Laurence Olivier who offered Purdom a chance to tour in the US

In 1951–52, Purdom appeared in small roles with the Laurence Olivier/Vivien Leigh company on Broadway in Shakespeare's Antony and Cleopatra and Shaw's Caesar and Cleopatra. His good looks brought him to the attention of Hollywood. Warner Bros wanted to test him and offered him $600 advance to come to Hollywood. He did a screen test directed by Michael Curtiz from a scene from Force of Arms but Warners was not interested. Because Purdom had left his play he did not have the fare to return to Britain so he decided to stay in Hollywood.

He managed to get a small part in Julius Caesar at MGM. George Cukor recommended him to Charles Brackett for the small role of Charles Lightoller in Titanic (1953). This brought Purdom to the attention of executives at MGM who signed him to a long term contract.

Advance word on The Student Prince was promising, and when 20th Century Fox needed an actor at the last minute to replace Marlon Brando as the title character in The Egyptian, their most lavish production of 1954, Purdom was cast. He was chosen over John Derek, John Cassavetes and Cameron Mitchell.

MGM's head of production Dore Schary announced they would build up Purdom as a star. He was cast in three films: another MGM musical, Athena; the title role in the biblical epic The Prodigal, MGM's most lavish production of 1955, opposite Lana Turner; and the swashbuckler The King's Thief (1955), in a role originally meant for Stewart Granger. There was also some talk he would appear in the remake of Ben Hur.

For Allied Artists, Purdom made Strange Intruder (1956) with Ida Lupino. In 1957 he remarried, to Alicia Darr, who later got in a brawl with Christian. He continued to be sued for debts by his ex-wife and his lawyers.

He married for a second time, then went into television, starring as Marco del Monte in Sword of Freedom (1958) (also known as Marco the Magnificent), a swashbuckler made for ITC Entertainment in Italy.

He eventually married Christian in 1962 but they divorced the following year.

He also had roles in TV movies and miniseries, such as Sophia Loren: Her Own Story (as Vittorio De Sica) and The Winds of War. In 1984, he directed his first and only film, Don't Open till Christmas.

In 2000 he married his fourth wife, the Photographer Vivienne Purdom. His daughter Lilan Purdom became a Journalist with the French television channel TF1.

Purdom died from heart failure on 1 January 2009, in Rome.