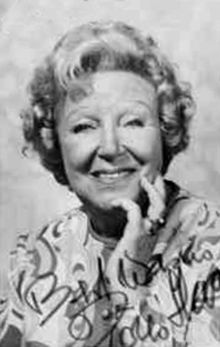 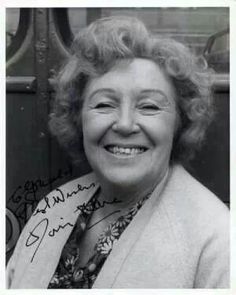 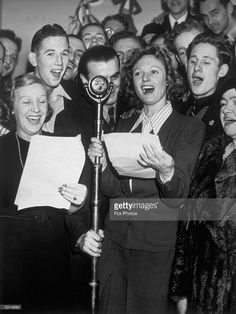 In 1930, the Actress toured in The Show's the Thing, taking the part made famous by Gracie Fields. In 1932 she appeared in the West End in Noël Coward's show Words and Music, alongside John Mills. In 1936 she made her Broadway debut in Night Must Fall. During the war she joined Evelyn Laye to put on a revue for the troops and compered Shipmate's Ashore on the BBC Forces Programme for the Merchant Navy, earning her the MBE in 1946.

Having turned down the role of Ena Sharples in Coronation Street in 1960, Hare did play Alice Pickens in the series during 1969. She was due to marry Albert Tatlock, but the wedding never took place.

In 1963 she joined the Royal Shakespeare Company and in 1965 joined the National Theatre at the Old Vic. She acted in plays by Shakespeare, Shaw, Pinero, and Pinter.

That same year Hare came to national attention in the role of Mrs Butler in On the Buses, taking over the part from Cicely Courtneidge in the second series of the ITV comedy. The series ran until 1973 and spawned three spin-off films On the Buses (1971), Mutiny on the Buses (1972) and Holiday on the Buses (1973) in which Hare recreated her small-screen role. The cast also performed a stage version of the popular series in Vancouver, British Columbia, Canada, in 1988.

In 1974 Hare spent a year in the West End farce No Sex Please, We're British and made her final stage appearance, aged 87, at the London Palladium alongside John Mills in a tribute to Evelyn Laye.

Hare won a Variety Club of Great Britain Special Award for her contributions to show Business in 1982. She died at Denville Hall the actors retirement home in Northwood, London in 2000, aged 95.