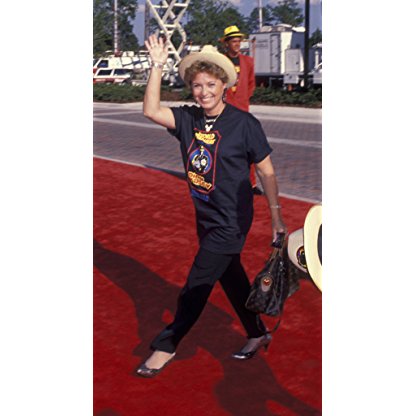 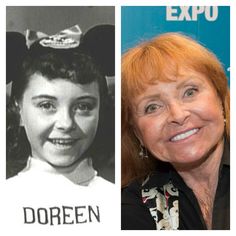 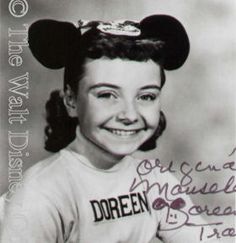 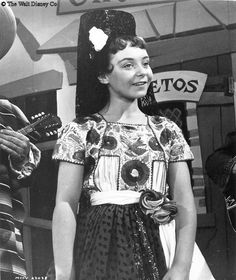 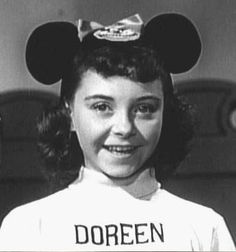 When Doreen was four, her family returned to the United States, where her father first ran a nightclub, then opened a dance studio in Hollywood, California. She learned to dance and sing at an early age, courtesy of the many instructors and performers who worked out at her father's studio. Her first professional work was an uncredited singing and dancing bit in the musical film The Farmer Takes a Wife (1953). At age twelve she auditioned for the Mickey Mouse Club and was hired. She appeared for all three seasons of the show's original run.

In 1956, she was featured in the Disney western Westward Ho, the Wagons!, and in the third season of the Mickey Mouse Club, had a role in the serial Annette. She was cast as Scraps, the Patchwork Girl, in a musical number from the proposed live-action Disney film Rainbow Road to Oz on an episode of the Disneyland television show in September 1957. The movie was never made, and when the Mickey Mouse Club stopped filming in 1958, Tracey switched to singing live at concerts and teen nightclubs.

She appeared on several television shows, including the episode "April Fool" (April 1, 1959), of ABC's The Donna Reed Show, with James Darren in a guest-starring role as well. She wound up her career as a performer touring American military bases in South Vietnam and Thailand and performing lead vocals for a rock group called Doreen and the Invaders.

She later worked for Frank Zappa as a publicist and became an amateur Weight Lifter. She twice posed nude for the men's magazine Gallery in 1976, and again, in 1979. In 2001 an excerpt from her memoirs, Confessions of a Mouseketeer, was published in the NPR anthology I Thought My Father Was God. She married Robert Washburn and had a son, but the marriage ended in divorce.