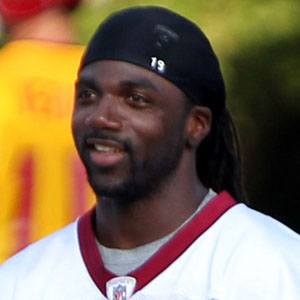 Wide receiver who has been a journeyman following being selected 13th overall in the 2002 NFL draft.

He attended the University of Tennessee, where he made second team All-SEC in 2001.

He made unfortunate headlines in 2009 when he was charged with DUI Manslaughter.

He was born and raised in Sacramento, California.

He has had multiple stints with the New England Patriots, where he caught passes from Tom Brady.