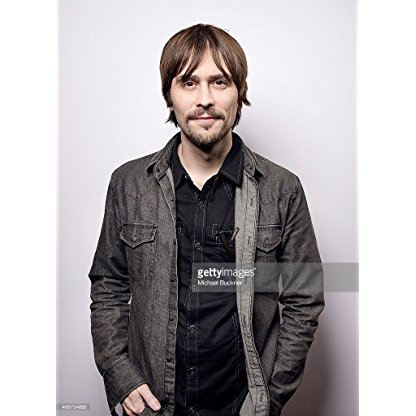 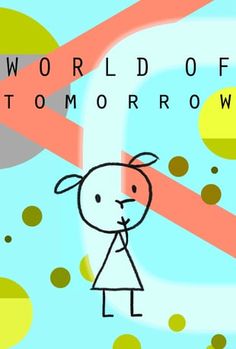 I don't know why these things are always framed as a big dumb cage match: Hand-drawn versus computers, film versus digital. We have over 100 years now of amazing film technology to play with, I don't understand why any artists would want to throw any of their tools out of the box. Many people assume that because I shoot on film and animate on paper I must be doing things the hard way, when in fact my last four movies would have been visually impossible to produce digitally. The only thing that matters is what actually winds up on the big screen, not how you got it there. You could make a cartoon in crayons about a red square that falls in unrequited love with a blue circle, and there wouldn’t be a dry eye in the house if you know how to tell a story.

Hertzfeldt has had more films play in competition at the Sundance Film Festival than any other filmmaker, with eight: Rejected, The Meaning of Life, Everything Will Be OK, I Am So Proud of You, Wisdom Teeth, It's Such a Beautiful Day, World of Tomorrow, and World of Tomorrow Episode Two. He returned to the Sundance Film Festival in 2013 to serve on the Short Film Awards Jury.

In 2000, at the age of 23, Hertzfeldt was nominated for the Academy Award for Animated Short Film for his fifth short film, Rejected. He lost to Michaël Dudok de Wit for Father and Daughter.

In 2001, Hertzfeldt was named by Filmmaker Magazine as one of the "Top 25 Filmmakers to Watch."

In 2002, Hertzfeldt joined the Academy of Motion Picture Arts and Sciences

In 2007, Hertzfeldt's Everything Will Be OK won the Grand Jury Award for Short Film at the Sundance Film Festival, a prize rarely given to an animated film.

In 2007, according to the animation industry website Cartoon Brew, Everything Will Be OK advanced to the final round of voting as a contender for an Academy Award nomination for Best Animated Short, but did not make the ultimate list of five nominees.

In 2007, Hertzfeldt accepted an invitation from the George Eastman House's motion picture archives to indefinitely store and preserve the original film elements and camera negatives to his collected work.

In 2009, Rejected was the only short film named one of the "Films of the Decade" by Salon.com. In 2010, it was noted as one of the five "most innovative animated films of the past ten years" by The Huffington Post.

In April 2010, at the age of 33, Hertzfeldt received the San Francisco International Film Festival's "Persistence of Vision" Lifetime Achievement Award "for his unique contributions to film and animation," and "for challenging the boundaries of his craft."

Hertzfeldt was the youngest director named in the "They Shoot Pictures, Don't They" list of "The 100 Important Animation Directors" of all time,

In 2012, Hertzfeldt received the Ted M. Larson memorial award from the Fargo Film Festival, for his "contributions to film culture."

In 2015, Hertzfeldt won the Grand Jury Award for Short Film a second time at the Sundance Film Festival, for World of Tomorrow.

In December 2015, Hertzfeldt received a special award from the Austin Film Critics Association, "in celebration of a career of remarkable short filmmaking and contributions to animation spanning two decades, with 2015's award-winning "World of Tomorrow" being recognized as his best work to date."

Hertzfeldt has been nominated for three Annie Awards for Best Animated Short Film. He lost for Rejected in 2001 and Everything Will Be OK in 2007 and won for World of Tomorrow in 2016.

In 2016, World of Tomorrow was nominated for the Academy Award for Animated Short Film at the 88th Academy Awards, Hertzfeldt's second nomination.

Critics were universally positive in their reviews, describing the science fiction film as "one of the most satisfying shorts since Chris Marker's landmark 1962 La Jetee and almost certain to be the highlight of this year's Sundance, full stop," "dazzling, enthralling" and "astonishing."

Hertzfeldt was born on August 1, 1976 in Alameda County, California, the son of an airline pilot and a county library clerk. Some publications have his place of birth as Fremont, California while others name the smaller Castro Valley, California. He is of half Swedish descent. Hertzfeldt attended Mission San Jose High School in Fremont. In his childhood, Hertzfeldt drew homemade comic books and at the age of 15, he began to teach himself animation with a VHS video camera. Two of Hertzfeldt's teenage VHS cartoons can be seen on the "Bitter Films: Volume 1" DVD collection.

The sequence depicts Homer accidentally using a time-traveling remote control that regresses him to his original 1987 character model, then propels him into a distant Future incarnation of the show called The Sampsans where he and his family have evolved into grotesque, mindless, catchphrase-spouting creatures. Future Homer sadly remembers past Futuristic episodes, in which he still had an emotional connection with Marge and the children. Simpsons Producer Al Jean called it "crazier than we thought," and "the most insane one we've ever done."

Hertzfeldt prefers not to sell his animation artwork. In the late 1990s and early 2000s, his website Bitter Films annually auctioned off artwork instead to raise thousands of dollars for local Santa Barbara charities. Other original drawings have been occasionally given away through the Bitter Films online store through special promotions. Because Hertzfeldt also rarely does signings, his artwork is rare for animation Collectors and fans to own.

His first dialogue short, Lily and Jim, was released in 1997, and tells the story of a disastrous blind date. Its partially improvised vocal performances helped the short win twenty five awards, including the Grand Prize at the New Orleans Film Festival.

Hertzfeldt has never held a job other than creating his animated films. His earliest teenage video animations found film festival exposure, and in film school at the University of California, Santa Barbara he was able to find international distribution for each of his 16mm student films. He is a 1998 graduate with a B.A. in Film Studies.

In 2000, at the age of 23, Hertzfeldt was nominated for the Academy Award for Animated Short Film for his fifth short film, Rejected. He lost to Michaël Dudok de Wit for Father and Daughter.

Bitter Films' first DVD release was a 2001 limited edition DVD "single" of the short Rejected. The DVD included a deleted scene, audio commentary, and a few hidden pages. It is now out of print.

In 2002, Hertzfeldt joined the Academy of Motion Picture Arts and Sciences

In 2003, Hertzfeldt created The Animation Show with Beavis and Butt-head creator Mike Judge. It was a biennial North American touring festival that brought independent animated short films to more movie theaters than any distributor in history. The programs were personally curated by Hertzfeldt and Judge. A second Animation Show edition toured throughout 2005, featuring Hertzfeldt's short film The Meaning of Life and new films by animators like Peter Cornwell and Georges Schwizgebel. The third season of The Animation Show began its nationwide release in January 2007, featuring new work by animators Joanna Quinn and Bill Plympton, as well as Hertzfeldt's own Everything Will Be OK.

Almost four years in the making, Hertzfeldt's twelve-minute The Meaning of Life premiered at the 2005 Sundance Film Festival and toured film and animation festivals in 2005–2006. Though its abstract nature puzzled some critics, it received mostly positive reviews. The Atlanta Journal-Constitution called the film "the closest thing on film yet to Kubrick's 2001: A Space Odyssey."

In 2007, Everything Will Be OK was released as another DVD "single". Special features on this release included over a hundred pages of "archival" material (sketches, storyboards, deleted materials), and a hidden feature that played a narration-free version of the film.

In 2008, Comedy Central noted his work as having "influenced an entire generation of filmmakers."

In a March 2009 blog entry, Hertzfeldt compared filmmaking to his love of hiking and exploring new places: something he does just because he "enjoys doing it and will probably always enjoy doing it." He compared doing advertising to being paid to not go explore the woods, but to walk around someone's house eight hours a day wearing a sandwich board with a picture of a product on it. "Money's not the reason I take walks. It doesn't really factor into it. I take walks because I enjoy doing it. It's something I'd do if I was rich, and it's something I'd do if I were poor."

In April 2010, at the age of 33, Hertzfeldt received the San Francisco International Film Festival's "Persistence of Vision" Lifetime Achievement Award "for his unique contributions to film and animation," and "for challenging the boundaries of his craft."

In 2012, Hertzfeldt received the Ted M. Larson memorial award from the Fargo Film Festival, for his "contributions to film culture."

Hertzfeldt has had more films play in competition at the Sundance Film Festival than any other filmmaker, with eight: Rejected, The Meaning of Life, Everything Will Be OK, I Am So Proud of You, Wisdom Teeth, It's Such a Beautiful Day, World of Tomorrow, and World of Tomorrow Episode Two. He returned to the Sundance Film Festival in 2013 to serve on the Short Film Awards Jury.

In 2014, Hertzfeldt wrote, animated, and directed a surreal and Futuristic two-minute "couch gag" for the premiere episode of the 26th season of The Simpsons. It was the longest opening gag in the show's history and was described by Spin Magazine as "mind-melting," and "two of the strangest minutes of television ever to air on a major network during prime time."

From July to August 2015, Don Hertzfeldt ran a Kickstarter campaign to publish his films It's Such a Beautiful Day and The World of Tomorrow for the first time on Blu-ray, to help Finance Future productions. The campaign raised over $215,000. With rising pledges he remastered additional short films The Meaning of Life, Rejected, Billy's Balloon, Wisdom Teeth, and Lily and Jim and added them to the Blu-ray as well. Also included was an interview, a surprise film, and the first preview of a Future project. The disc run was limited, primarily available to Kickstarter supporters and fans who contacted Bitter Films directly.

In 2016, World of Tomorrow was nominated for the Academy Award for Animated Short Film at the 88th Academy Awards, Hertzfeldt's second nomination.

Hertzfeldt traveled with the film to theaters on a "winter mini-tour" in December 2017. The screenings opened with a surprise new two-minute cartoon, in which an animated Hertzfeldt introduces the program from the underground caverns of an alien planet.

In January 2018, the film played opening night at the Sundance Film Festival.

On finally making the leap to digital animation after twenty years of working with pencil and paper, Hertzfeldt joked, "I kind of feel like it’s like a rock band who traditionally was guitar, guitar, guitar and then for their new album, they’re like, we’re going electronic! But [then] they only use Casio keyboards and drum machines... It’s not the cutting edge CG we’re all used to."