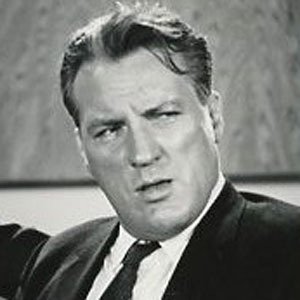 Television star who gained fame for his work on the 1980s series Gimme a Break!

He was a POW in Germany for two years during World War II.

He also played Gill McGowan in the 1970s soap opera Another World.

He shared the screen with Warren Beatty in the 1981 film Reds.