Model who wrote, directed and starred in the 1995 mockumentary Man of the Year.

He modeled extensively, appearing as the Man of the Year (1992) in salacious magazine, Playgirl.

He did the Playgirl spread to validate himself as he never felt attractive.

He was raised in Carbondale. 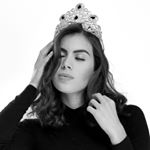