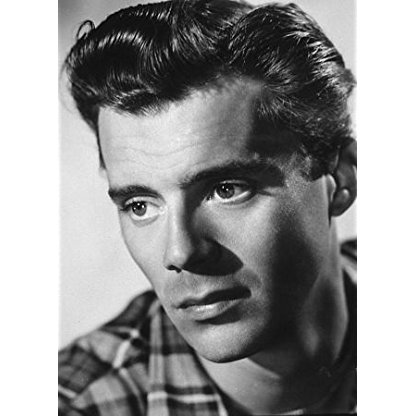 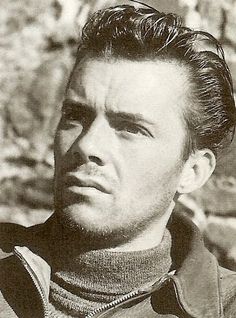 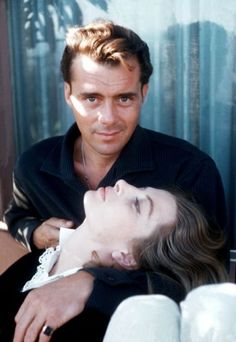 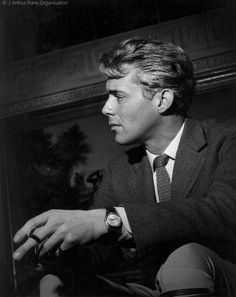 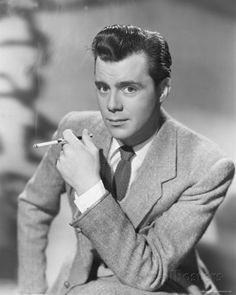 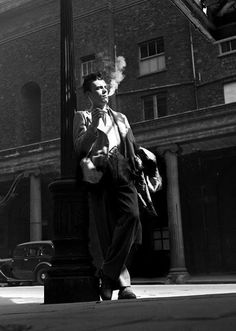 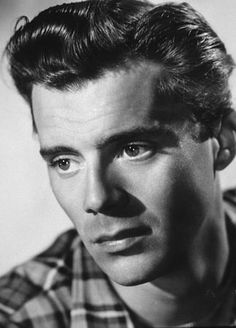 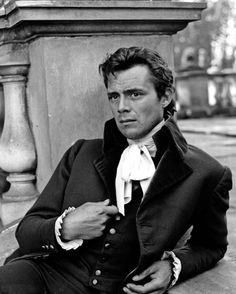 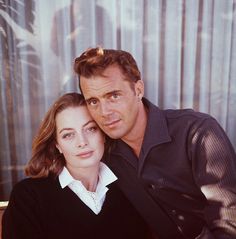 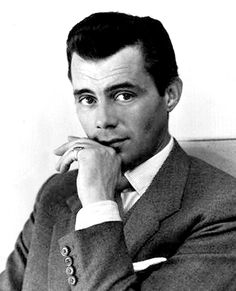 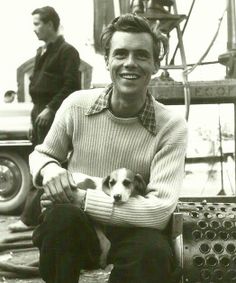 "I went to see quite a lot of them" [the targets that he had selected to be bombed], "I mean I went back to the villages, and saw what I had done. I used to go painting, as you know, when I had any time off, and I went to one village in Normandy, and painted it, because I had picked it particularly and it was a waste of time, because everybody" [the Germans] "had got through," [villages on key roads were heavily bombed to block the roads and hinder the Wehrmacht's movement of armour and other vehicles that were hurriedly attempting to reach the invasion lodgement areas before the Allies gained too firm a foothold] " and I found what I had thought in the rubble were a whole row of footballs, and they weren't footballs - I was sitting right beside them, painting - and they weren't footballs, they were children's heads, and what it was, I discovered later, was a whole school of kids, a convent, had been pulled out of school, out of class, and lined up in this little narrow alleyway between the buildings to save them from the bombing, and the whole thing had come in on top of them, plus the nuns, but by that time [when he was there] they were lice-ridden, and there was nothing. I can talk about it now at 65 because it's sort of, dispassionate about it, and I've seen worse things since, but that gave me a bit of a turn, yes, I didn't enjoy that. A row of kid's heads that you thought were footballs and you kick one and it wasn't, and it rolled away down the rubble."

Bogarde was the elder of two sons born to Ulric van den Bogaerde (1892–1972) and Margaret Niven (1898–1980). Ulric was born in Perry Barr, Birmingham, of Flemish ancestry. He was Art Editor of The Times. Margaret Niven was Scottish, from Glasgow and was a former Actress. Dirk Bogarde was born in a nursing home at 12 Hemstal Road, West Hampstead, London. He was baptised on 30 October 1921 at St. Mary's Church, Kilburn. His brother, Gareth Ulric Van Den Bogaerde, an advertising film Producer, was born in July 1933, in Hendon. He also had a younger sister, Elizabeth.

He attended University College School, and the former Allan Glen's High School of Science in Glasgow, a time he described in his autobiography as an unhappy one. From 1937 to 1938 he studied at the Chelsea School of Art. He began his acting career on stage in 1939, shortly before the start of the Second World War, with his first on-screen appearance being as an uncredited extra in the George Formby comedy, Come On George! (1939).

His London West End theatre-acting debut was in 1939, with the stage name "Derek Bogaerde", in J. B. Priestley's play Cornelius. After the war, Bogarde's agent renamed him "Dirk Bogarde" and he was handsome enough to begin a career as a film actor. He was contracted to the Rank Organisation under the wing of the prolific independent film Producer Betty Box, who produced most of his early films and was instrumental in creating his matinée idol image.

During the war, Derek "Pip" Bogaerde served in the British Army, initially with the Royal Corps of Signals before in 1943 being commissioned at the age of 22 into the Queen's Royal Regiment (West Surrey) as a second lieutenant. He served in both the European and Pacific theatres, principally as an intelligence officer. Taylor Downing's book Spies in the Sky tells of his work with a specialist Army unit that accompanied air force units for the interpreting of aerial photo-reconnaissance information, after D-Day moving to Normandy with RCAF units which by July 1944 were located at the "B.8" airfield at Sommervieu, near Bayeux. As an "Air Photographic Interpreter" with the rank of captain, and subsequently major, he was later with the headquarters of the Second Army where he selected ground targets in France, Holland, and Germany, for the Second Tactical Air Force (2TAF) and RAF Bomber Command to attack. In a 1986 Yorkshire Television interview with Russell Harty, Bogarde said:

Bogarde was one of the first Allied officers in April 1945 to reach the Bergen-Belsen concentration camp in Germany, an experience that had the most profound effect on him and about which he found it difficult to speak for many years afterward.

During the 1950s, Bogarde was a matinee idol under extended contract to the Rank Organisation. His Rank contract began following his appearance in Esther Waters (1948), his first credited role, replacing Stewart Granger . Another early role was in The Blue Lamp (1950), playing a hoodlum who shoots and kills a police constable (Jack Warner) while in So Long at the Fair (1950), a film noir, he played a handsome Artist who comes to the rescue of Jean Simmons during the World's Fair in Paris. He also had roles as an accidental murderer in Hunted (a.k.a. The Stranger in Between, 1952); a young wing commander in Bomber Command in Appointment in London (1953) and a wrongly imprisoned man who regains hope in clearing his name when he learns his sweetheart, Mai Zetterling, is still alive in Desperate Moment (1953).

In The Sleeping Tiger (1954), Bogarde played a neurotic Criminal with co-star Alexis Smith. It was Bogarde's first film for American expatriate Director Joseph Losey. He did his second Doctor film, Doctor at Sea (1955), co-starring Brigitte Bardot in one of her first film roles; as a returning colonial who fights the Mau-Mau with Virginia McKenna and Donald Sinden in Simba (1955); Cast a Dark Shadow (1955), as a man who marries women for money and then murders them; The Spanish Gardener (1956), with Michael Hordern, Jon Whiteley, and Cyril Cusack; Doctor at Large (1957), again with Donald Sinden, another entry in the Doctor film series, with later Bond-girl Shirley Eaton; the Powell and Pressburger production Ill Met by Moonlight (1957) co-starring Marius Goring as the German General Kreipe, kidnapped on Crete by Patrick "Paddy" Leigh Fermor (Bogarde) and W. Stanley Moss (David Oxley) and a fellow band of Cretan resistance fighters based on W. Stanley Moss' real-life account, (Ill Met by Moonlight), of the Second World War abduction; A Tale of Two Cities (1958), a faithful retelling of Charles Dickens' classic; as a FLIGHT lieutenant in the Far East who falls in love with a beautiful Japanese Teacher Yoko Tani in The Wind Cannot Read (1958);The Doctor's Dilemma (1959), based on a play by George Bernard Shaw and co-starring Leslie Caron and Robert Morley; and Libel (1959), playing three separate roles and co-starring Olivia de Havilland.

In some of his other roles during the 1960s and 1970s, Bogarde played opposite renowned stars, yet several of the films were of uneven quality, due to demands or limitations set by the studio or their scripts: The Angel Wore Red (1960), playing an unfrocked priest who falls in love with cabaret entertainer Ava Gardner during the Spanish Civil War; Song Without End (1960), as Hungarian Composer and virtuoso Pianist Franz Liszt, a flawed film made under the initial direction of Charles Vidor (who died during shooting), and completed by Bogarde's friend George Cukor, the actor's only disappointing foray into Hollywood; the campy The Singer Not the Song (1961), as a Mexican bandit co-starring John Mills as a priest; H.M.S. Defiant (a.k.a. Damn the Defiant!) (1962), playing sadistic Lieutenant Scott-Padget, co-starring Sir Alec Guinness; I Could Go On Singing (1963), co-starring Judy Garland in her final screen role; Hot Enough for June, (a.k.a. "Agent 8¾") (1964), a James Bond-type spy spoof co-starring Robert Morley; Modesty Blaise (1966), a campy spy send-up playing archvillain Gabriel opposite Monica Vitti and Terence Stamp and directed by Joseph Losey; The Fixer (1968), based on Bernard Malamud's novel, co-starring Alan Bates;Sebastian (1968), as Sebastian, a Mathematician working on code decryption, who falls in love with Susannah York, a decrypter in the all-female decoding office he heads for British Intelligence, also co-starring Sir John Gielgud, and Lilli Palmer, co-produced by Michael Powell; Oh! What a Lovely War (1969), co-starring Sir John Gielgud and Sir Laurence Olivier and directed by Richard Attenborough; Justine (1969), directed by George Cukor; Le Serpent (1973), co-starring Henry Fonda and Yul Brynner; A Bridge Too Far (1977), in a controversial performance as Lieutenant General Frederick "Boy" Browning, also starring Sean Connery and an all-star cast and again directed by Richard Attenborough.

In 1961, Bogarde was offered the chance to play Hamlet at the recently founded Chichester Festival Theatre by artistic Director Sir Laurence Olivier, but had to decline due to film commitments. Bogarde later said that he regretted declining Olivier's offer and with it the chance to "really learn my craft."

Bogarde was nominated five times as Best Actor by BAFTA, winning twice, for The Servant in 1963, and for Darling in 1965. He also received the London Film Critics Circle Lifetime Award in 1991. He made a total of 63 films between 1939 and 1991. In 1983, he received a Special Award for Service to the Cinema at the Cannes Festival. Awarded the British Film Institute Fellowship in 1987, the following year in 1988, Bogarde was honoured with the first BAFTA Tribute Award for an outstanding contribution to cinema in 1988.

While under contract with the Rank Organisation, Bogarde was set to play the role of T. E. Lawrence in a proposed film Lawrence to be directed by Anthony Asquith. On the eve of production, after one year of preparation by Bogarde and Asquith, the film was scrapped without full explanation, to the dismay of Bogarde and Asquith. The abrupt scrapping of Lawrence, a role long researched and keenly anticipated by Bogarde, was among his greatest screen disappointments. Bogarde was also reportedly considered for the title role in MGM's Doctor Zhivago(1965). Earlier, he declined Louis Jourdan's role as Gaston in MGM's Gigi (1958).

In 1977, Bogarde embarked on his second career as an author. Starting with a first volume A Postillion Struck by Lightning (an allusion to the phrase My postillion has been struck by lightning), he wrote a series of 15 best-selling memoirs, novels, essays, reviews, poetry and collected journalism. As a Writer Bogarde displayed a witty, elegant, highly literate and thoughtful style.

The horror and revulsion at the cruelty and inhumanity that he witnessed still left him with a deep-seated hostility towards Germany; in the late-1980s he wrote that he would disembark from a lift rather than ride with a German of his generation. Nevertheless, three of his more memorable film roles were as Germans, one of them as a former SS officer in The Night Porter (1974).

In 1984, Bogarde served as President of the jury at the Cannes Film Festival. He was the first British person to serve in this capacity.

Bogarde was most vocal, towards the end of his life, on voluntary euthanasia, of which he became a staunch proponent after witnessing the protracted death of his lifelong partner and manager Anthony Forwood (the former husband of Actress Glynis Johns) in 1988. He gave an interview to John Hofsess, London executive Director of the Voluntary Euthanasia Society:

Bogarde suffered a minor stroke in November 1987, at a time when his partner, Anthony Forwood, was dying of liver cancer and Parkinson's disease. In September 1996, he underwent angioplasty to unblock arteries leading to his heart and suffered a massive stroke following the operation. Bogarde was paralysed on one side of his body, which affected his speech and left him in a wheelchair. He managed, however, to complete a final volume of his autobiography, which covered the stroke and its effects as well as an edition of his collected journalism, mainly for The Daily Telegraph. He spent some time with his friend Lauren Bacall the day before he died. Bogarde died at his home in London from a heart attack on 8 May 1999, age 78. His ashes were scattered at his former estate in Grasse, Southern France.