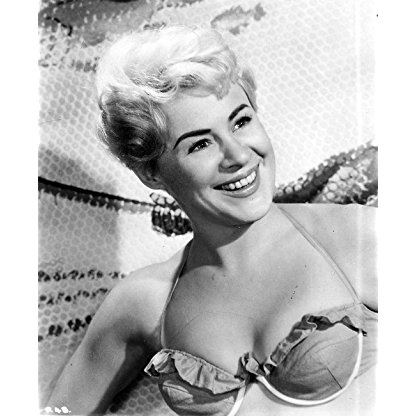 Dilys Laye was born on March 11, 1934 in  Muswell Hill, London, England, United Kingdom, is Actress, Writer, Soundtrack. Raven haired, sometimes blonde (particulary in the earlier years), pretty actress who was born in 1934. Dilys Laye is an actress who is capable of a wide range of roles, from straight drama to comedy.Starting in the 1950s; she started like most other British film actresses of her era in studio system style films. One of her first films was Torment (1950) and she continued in popular movies like Blue Murder at St. Trinian's (1957) and Doctor at Large (1957).Today, Dilys is often remembered for her appearances in the "Carry On.." films. Her first "Carry On..." appearance was in Carry on Cruising (1962) where along with Esma Cannon, she stole many of the best comedy scenes away from the regular cast; the famous bar scene is an example of this. She took over the role at four days' notice when Joan Sims was unable to appear because of ill health.Her next 'Carry On...' appearance saw her take on a sinister and darker role in Carry on Spying (1964) as Lila. She even sings in a café bar scene - which was quite extraordinary and delivered well.In Carry on Doctor (1967) she plays patient Mavis Winkle who is searching for love and finds it in the unusual place of the hospital ward, and in Carry on Camping (1969), she appeared alongside "Carry On..." legend Joan Sims. They are perfectly cast together and complement each others performances throughout the movie.Since "Carry On..." her work has mainly been on the stage with some television and film appearances. Character roles seem to be the order of the day recently with appearances in soaps such as Coronation Street (1960) and EastEnders (1985). Other character parts have included Holby City (1999) and Doctors (2000).A recent performance saw Miss Laye appear, quite brilliantly, as HM The Queen in The Amazing Mrs Pritchard (2006).
Dilys Laye is a member of Actress 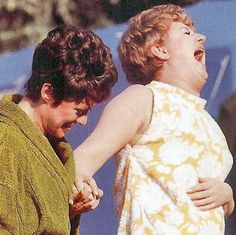 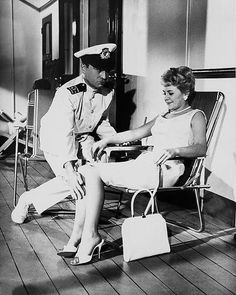 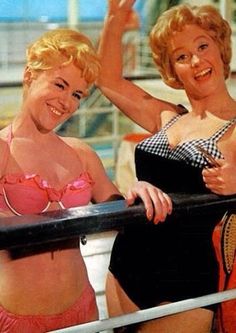 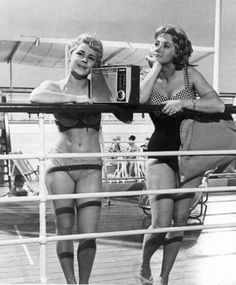 From 1950, Laye appeared in numerous West End revues, including And So to Bed, Intimacy at 8.30, For Amusement Only and High Spirits. In 1954, she played the first Dulcie in The Boy Friend on Broadway alongside Julie Andrews, with whom she shared a Manhattan flat during the run. At this time she dated a young actor called James Garner. In 1957, she began appearing in films more regularly, including one of the schoolgirls in Blue Murder at St. Trinian's and a married vamp trying to seduce Dirk Bogarde in Doctor at Large. In 1959 she played Girl in the park, in the Norman Wisdom film Follow a Star. She also appeared with Ian Carmichael in the West End comedy The Tunnel of Love and was directed by Joan Littlewood in Make Me An Offer.

In 1962, Laye made her first appearance in the Carry On films, replacing an unwell Joan Sims in Carry On Cruising at four days' notice. She returned as a Bond-girl parody in Carry On Spying (1964), a hospital patient who falls in love with Bernard Bresslaw in Carry On Doctor (1967) and as his permanently car-sick companion, on holiday with Sid James and Sims in Carry On Camping (1969), her fourth and last in the series. In 1965, she starred with her good friend Sheila Hancock in the sitcom The Bed-Sit Girl and appeared in the West End comedy Say Who You Are.

She was married first, briefly, to stunt man Frank Maher and secondly in 1963, to actor Garfield Morgan; they were subsequently divorced. In 1972, she married her third husband, Alan Downer, who wrote scripts for Coronation Street and Emmerdale Farm on television and Waggoner's Walk on radio. He died in 1995 after years of ill-health following a stroke. They had a son, Andrew, who was an agent for film crews. She outlived her doctors' predictions by six months, having ensured she would be alive to see her son get married.

In 1975, she co-starred with Reg Varney in a failed sitcom called Down the 'Gate and, in 1981, appeared in and co-wrote, the ITV comedy series Chintz. In 1985, she played Nurse in Romeo and Juliet with the Royal Shakespeare Company and her other credits with the RSC in the mid to late-1980s included Maria in Twelfth Night, First Witch in Macbeth, Glinda/Aunt Em in The Wizard of Oz and Parthy Ann in an Opera North version of Show Boat. In 2001 she returned to the RSC to play Mrs Medlock in its musical of The Secret Garden, directed by Adrian Noble.

In the 1980s she appeared in, and co-wrote, the ITV comedy series Chintz.

In the early 1990s she toured the country in The Phantom of the Opera and 42nd Street, among others. Her later West End credits included the musicals Nine in 1997 and Into the Woods in 1998 at the Donmar Warehouse and Mrs Pearce in Trevor Nunn's revival of My Fair Lady at the Theatre Royal, Drury Lane in 2002. She also starred in a revival of Christopher Hampton's Les Liaisons Dangereuses at the Playhouse Theatre in 2003. The production was not admired but Laye's performance (as Madame de Rosemond) was and she received the Clarence Derwent Award for Best Female in a Supporting Role. In 2005, she toured Britain as the Grandmother in Roald Dahl's The Witches.

Her final stage work came in 2006 in the three roles of Miss La Creevy, Mrs Gudden and Peg Sliderskew in the Chichester Festival Theatre's revival of the RSC's epic Nicholas Nickleby. During rehearsals, she was diagnosed with cancer and kept her illness secret from the rest of the cast, but was too ill to transfer with the production to London.

In 2008 she appeared in 'Frankie Howerd: Rather You Than Me'