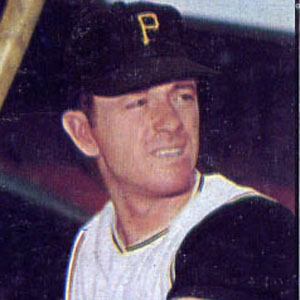 Known primarily as a home run hitter during his 12-year career in Major League Baseball.

He was raised just outside of San Francisco and starred as a first baseman for Sequoia High School before starting his professional baseball career.

He earned the nickname 'Dr. Strangeglove' because of his inability to field his position well.

He married and divorced twice and had two sons named Richard Jr. and Robert and one daughter named Debra.

He was in the on deck circle when teammate Bill Mazeroski hit the home run that won the 1960 World Series for the Pittsburgh Pirates.