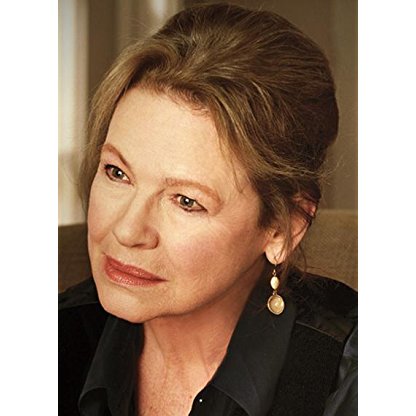 Dianne Wiest was born on March 28, 1948 in  Kansas City, Missouri, United States, is Actress, Soundtrack. One of three children (she has two brothers, Greg and Don), Dianne Wiest was born in Kansas City, Missouri, USA. Her mother, Anne Stewart (Keddie), was a nurse from Auchtermuchty, Scotland, and her father, Bernard John Wiest, was a college dean and social worker who was born in Pennsylvania, of German and Croatian descent. Dianne's original ambition was to be a ballerina, but she was bitten by the acting bug after some stage work, most notably playing Desdemona to James Earl Jones' Othello on Broadway. She made her film debut in 1980, but did not make a name for herself until her performance as Emma, a prostitute during the 1930s Depression, in Woody Allen's The Purple Rose of Cairo (1985). Allen was so impressed by Wiest's acting ability that he has directed her on four more occasions since. Under Allen's direction, Wiest won a well deserved Oscar for Best Supporting Actress, for her brilliant performance as the neurotic, wannabe actress Holly in Hannah and Her Sisters (1986). She followed her Academy Award success with performances in The Lost Boys (1987) and Bright Lights, Big City (1988) before stealing the show from the likes of Steve Martin, Mary Steenburgen, Jason Robards, Keanu Reeves and Martha Plimpton in Ron Howard's Parenthood (1989).Playing Helen Buckman, the divorced mother of two difficult teenagers, Wiest was both touching and hilarious, and received her second Oscar nomination. Arguably her most beloved role came as Peg Boggs, the kindly Avon Lady who discovers the titular Edward Scissorhands (1990). Wiest returned to Woody Allen for Bullets Over Broadway (1994), a superb comedy film set in 1920s New York, winning her second Best Supporting Actress Oscar for her magnificent portrayal of Helen Sinclair, a boozy, glamorous and neurotic star of the stage, who could made the words "Don't speak!" the funniest sentence ever captured on film. Recently enjoying great success with witchy roles in the comedy film Practical Magic (1998) and the television miniseries The 10th Kingdom (2000), Dianne Wiest lives in New York City with her two adopted daughters, Emily and Lily.
Dianne Wiest is a member of Actress 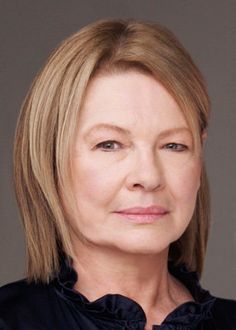 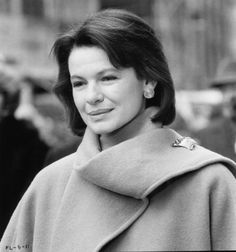 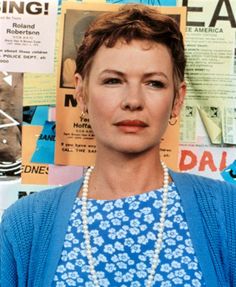 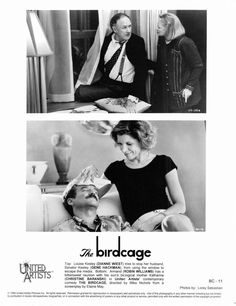 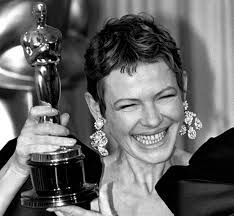 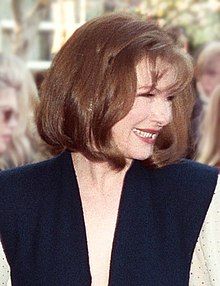 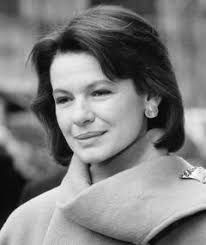 Wiest was born in Kansas City, Missouri. Her mother, Anne Stewart (née Keddie), was a nurse. Her father, Bernard John Wiest, was a college dean and former psychiatric social worker for the U.S. Army. Her mother was Scottish (from Auchtermuchty), while her father was an American of Croatian and German descent. They met in Algiers. Wiest has two brothers named Greg and Don. Her original ambition was to be a ballet Dancer, but she switched her goal to theater in her senior year at Nurnberg American High School. Wiest graduated from the University of Maryland in 1969 with a degree in Arts and Sciences.

Wiest studied theater at the University of Maryland, leaving after her third term to tour with a Shakespearean troupe. Later, she had a supporting role in a New York Shakespeare Festival production of Ashes. She also acted at the Yale Repertory Theatre in New Haven, CT, playing the title role in Henrik Ibsen's Hedda Gabler. She was an understudy both off-Broadway and on Broadway, in Kurt Vonnegut's Happy Birthday, Wanda June in 1970.

She made her Broadway debut in Robert Anderson's Solitaire/Double Solitaire, taking over in the role of the daughter in 1971. She landed a four-year job as a member of the Arena Stage in Washington, D.C., in such roles as Emily in Our Town, Honey in Who's Afraid of Virginia Woolf?, and leading roles in S. Ansky's The Dybbuk, Maxim Gorky's The Lower Depths and George Bernard Shaw's Heartbreak House. She toured the USSR with the Arena Stage. In 1976, Wiest attended the Eugene O'Neill National Playwrights Conference and starred in leading roles in Amlin Gray's Pirates and Christopher Durang's A History of the American Film. At Joe Papp's Public Theater she took over the lead in Ashes, and played Cassandra in Agamemnon, directed by Andrei Şerban. In 1979, she originated the role of Agnes in Agnes of God in its first production in Waterford, Connecticut.

She appeared in two plays by Tina Howe: Museum and The Art of Dining. In the latter, Wiest's performance as the shy and awkward author Elizabeth Barrow Colt won three off-Broadway theater awards: an Obie Award (1980), a Theatre World Award (1979–1980), and the Clarence Derwent Award (1980), given yearly for the most promising performance in New York theatre.

On Broadway she appeared in Frankenstein (1981), directed by Tom Moore, portrayed Desdemona in Othello (1982) opposite James Earl Jones and Christopher Plummer and co-starred with John Lithgow in Christopher Durang's romantic screwball comedy Beyond Therapy (1982), directed by John Madden. (She played opposite Lithgow again in the Herbert Ross film Footloose. During the 1980s, she also performed in Hedda Gabler, directed by Lloyd Richards at Yale Repertory Theatre, and in Harold Pinter's A Kind of Alaska (1984, Manhattan Theatre Club), Lanford Wilson's Serenading Louie (1984), and Janusz Glowacki's Hunting Cockroaches (1987, Manhattan Theater Club). As Wiest became established as a film Actress through her work in Woody Allen's films, she was less frequently available for stage roles. However, she did appear onstage during the 1990s, in In the Summer House, Square One, Cynthia Ozick's The Shawl, and Naomi Wallace's One Flea Spare. In 2003, she appeared with Al Pacino and Marisa Tomei in Oscar Wilde's Salome. In 2005, she starred in Kathleen Tolan's Memory House. She also starred in a production of Wendy Wasserstein's final play Third (directed by Daniel Sullivan) at Lincoln Center.

Her early screen roles include small roles in It's My Turn and I'm Dancing as Fast as I Can, both starring Jill Clayburgh in the lead roles. In 1984, she starred in Footloose, as the reverend's wife and Ariel's mother. Under Woody Allen's direction, Wiest won an Academy Award for Best Supporting Actress for Hannah and Her Sisters in 1987 and Bullets over Broadway in 1995. She also appeared in three other Woody Allen films: The Purple Rose of Cairo (1985), Radio Days (1987) and September (1987).

Wiest has won the Academy Award for Best Supporting Actress twice, for Hannah and Her Sisters (1986) and Bullets over Broadway (1994), both directed by Woody Allen. She appeared in three other of Allen's films: The Purple Rose of Cairo (1985), Radio Days (1987) and September (1987). She also starred in Ron Howard's comedy-drama film Parenthood (1989), for which she received her second Academy Award nomination. Wiest has received a Golden Globe Award and two Screen Actors Guild Awards, as well as a BAFTA Award nomination.

On television, her performance on the series Road to Avonlea in 1989 brought her her first Emmy Award for Outstanding Guest Actress in a Dramatic Series. She received another nomination for her performance in the 1999 telefilm The Simple Life of Noah Dearborn, co-starring Sidney Poitier. She starred in the television mini-series The 10th Kingdom in 2000. From 2000 to 2002, Wiest portrayed interim District Attorney Nora Lewin in the long-running NBC crime drama Law & Order. She also played the character in two episodes of Law & Order: Special Victims Unit and the pilot episode of Law & Order: Criminal Intent.

Wiest starred alongside Steve Carell and Juliette Binoche in Dan in Real Life (2007) and had a key supporting role in Charlie Kaufman's 2008 film Synecdoche, New York. In 2008, she appeared as Gabriel Byrne's therapist, Gina Toll, on the HBO television series In Treatment, for which she received her second Emmy Award, for Outstanding Supporting Actress in a Drama Series. She received another nomination (in the same category) for the second season, in 2009, but did not win. She starred alongside Nicole Kidman in Rabbit Hole (2010), which debuted at the Toronto International Film Festival. Wiest also co-starred in Lawrence Kasdan's 2012 comedy Darling Companion, alongside Kevin Kline and Diane Keaton.

Wiest also starred in the HBO drama series In Treatment (2008–2009) and currently stars in the CBS comedy series Life in Pieces (2015–present). For her work on television, she has received two Primetime Emmy Awards.

Recent New York theater roles include performances as Arkadina in an off-Broadway revival of The Seagull (opposite Alan Cumming's Trigorin) and as Kate Keller in a Broadway revival of Arthur Miller's All My Sons, opposite John Lithgow, Patrick Wilson, and Katie Holmes. In 2009, Wiest appeared in the National Memorial Day Concert on the Mall in Washington, D.C. in a dialogue with Katie Holmes celebrating the life of an American veteran seriously wounded in Iraq, José Pequeño. Wiest spent September 2010 as a visiting Teacher at Columbia University's Graduate Acting Program, working with a group of 18 first-year MFA Acting students on selected plays by Anton Chekhov and Arthur Miller.

In 2016 she took on the role of "Winnie" in The Yale Repertory Theatre's production of Samuel Beckett's, Happy Days, and reprised the role for Theatre for a New Audience in downtown Brooklyn, NY, in the spring of 2017.