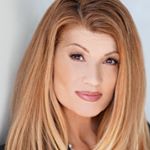 During the 1980s, she worked professionally as a cheerleader for the NFL's Dallas Cowboys. She then turned her sights to a country music career.

In 2008, she appeared in the audience at the final jam in Demi Lovato's breakout film Camp Rock.

In 1996, she made her acting debut in a small role in the Michael Pare film Carver's Gate.