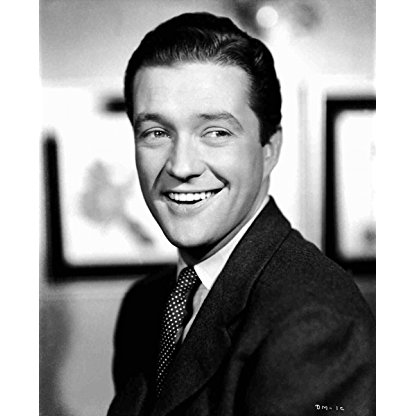 Dennis Morgan was born on December 20, 1908 in  Prentice, Wisconsin, United States, is Actor, Soundtrack. Dennis Morgan was born Stanley Morner in the small town of Prentice, Wisconsin. His first jobs in Hollywood were mostly bit parts, but he scored big after playing opposite Ginger Rogers in Kitty Foyle (1940). He starred in films like My Wild Irish Rose (1947), God Is My Co-Pilot (1945) and The Very Thought of You (1944). He teamed up with buddy Jack Carson to do Two Guys from Milwaukee (1946), Two Guys from Texas (1948) and It's a Great Feeling (1949). His engaging performance as seaman "Jefferson Jones", with Barbara Stanwyck and a wonderful supporting cast, has made Christmas in Connecticut (1945) a holiday favorite. Morgan retired in the late 1950s, but did cameos now and then. He and his wife were married for 61 years, and he passed away in 1994. He had three children, Stanley Jr., Kristin Morgan and James.
Dennis Morgan is a member of Actor 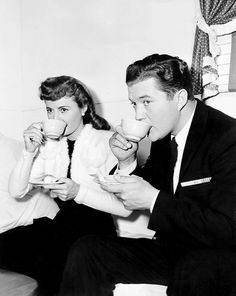 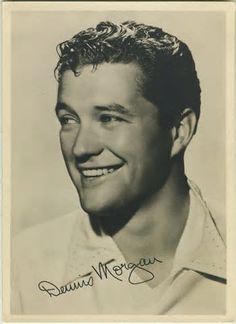 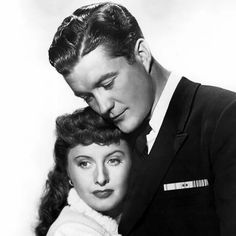 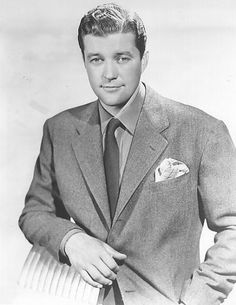 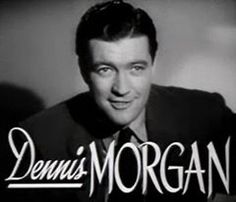 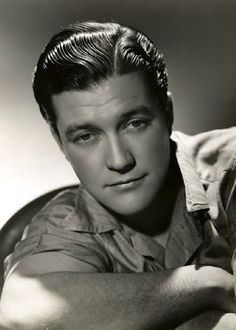 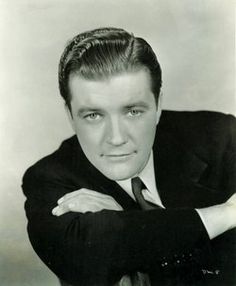 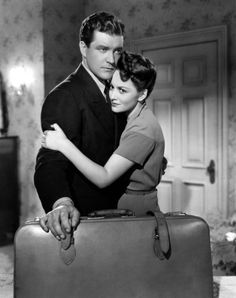 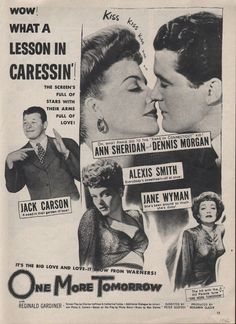 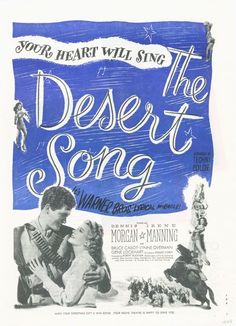 He enrolled at Carroll College, now known as Carroll University, in Waukesha, Wisconsin as a member of the 1930 graduating class. He was awarded the Carroll College Distinguished Alumnus Award in 1983.

Warners put him in some comedies, Affectionately Yours (1941) and Kisses for Breakfast (1941), then a Western, Bad Men of Missouri (1941). He supported Cagney again in Captains of the Clouds (1942) and Bette Davis and Olivia de Havilland in In This Our Life (1942).

Morgan co-starred with Ann Sheridan in Wings for the Eagle (1942) and Ida Lupino in The Hard Way (1943). He had the lead in some big Warners musicals: Thank Your Lucky Stars (1943), full of cameos from Warner stars; The Desert Song (1943); Shine On, Harvest Moon (1944), with Sheridan. The latter also featured Jack Carson in a key role. He and Morgan were in The Hard Way together and would go on to be a notable team.

From 1946 Dennis Morgan had championed the cause for children with nowhere to play In 1949, as "honorary mayor" of La Crescenta, representing Two Strike Series, Inc., he "offered to donate five acres of land for the park if the County of Los Angeles would purchase two more adjoining acres to complete the initial parcel. In 1950, the Board of Supervisors responded with an additional 3.54 acres of parkland." In 1958 Morgan spearheaded the drive to establish a new public park in La Crescenta in Los Angeles County. He raised funds for the park, located at 5107 Rosemont Avenue, by "organizing exhibition baseball games featuring Celebrity friends and professional athletes".

He was back with Carson for Two Guys from Texas (1948) then made One Sunday Afternoon (1948) with Janis Paige. He and Carson were in It's a Great Feeling (1949) with Doris Day. Exhibitors voted him the 21st most popular star in the US for 1948.

Morgan made The Lady Takes a Sailor (1949) then Perfect Strangers (1950) with Rogers and Pretty Baby (1950) with Betsy Drake. He made a Western Raton Pass (1950), and a musical Painting the Clouds with Sunshine (1951). He supported Joan Crawford in This Woman Is Dangerous (1952) then went back to Westerns with Cattle Town (1952). After that his contract with Warners ended.

He appeared in sporadic television guest roles in the 1950s, including the ABC religion anthology series, Crossroads, in the 1955 episode "The Gambler" and as Senator designate Fairchild in an episode of the dramatic anthology series Stage 7, titled "Press Conference" in 1955.

Morgan made films for Sam Katzman, The Gun That Won the West (1955) and Uranium Boom (1956) and went to RKO for Pearl of the South Pacific (1956). He was cast as Dennis O'Finn in the 1958 episode "Bull in a China Shop" on Alfred Hitchcock Presents.

Dennis Morgan dedicated "Two Strike Park" on July 4, 1959, named for his belief that "a kid forced to play in the streets, with no place to play already has two strikes against him".

By 1956, he had retired from films but still made occasional appearances on television, such as the role of Chad Hamilton in the 1962 episode "Source of Information" of the short-lived NBC newspaper drama series, Saints and Sinners. In 1963, he portrayed Dr. Clay Maitland in "The Old Man and the City" on NBC's The Dick Powell Theater. In 1968 he was cast as Dennis Roberts in the episode "Bye, Bye, Doctor" of the CBS sitcom, Petticoat Junction, and he played a cameo as a Hollywood tour guide in the all-star comedy Won Ton Ton, the Dog Who Saved Hollywood in 1976. His final screen performance was on March 1, 1980, as Steve Brian in the episode "Another Time, Another Place/Doctor Who/Gopher's Engagement" of ABC's The Love Boat. Jane Wyman and Audrey Meadows appeared in the same episode.

In 1983, Dennis Morgan, along with his film pal, Jack Carson, who had died in 1963, was inducted into the Wisconsin Performing Artists Hall of Fame.