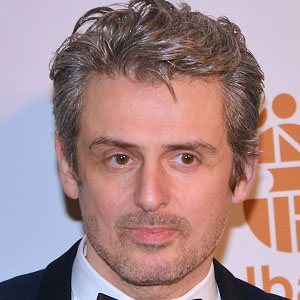 Musician and journalist who was the lead singer of the New Wave band Bulevar.

He was a teenager when he sang in the band Dizel.

He was a music journalist during periods of retirement from music.

He was born in Belgrade.

He wrote a book about musician Frank Zappa, which was published in 2007.