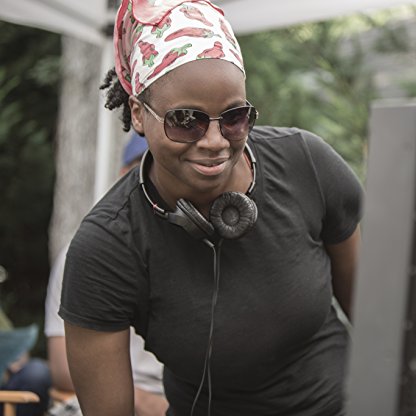 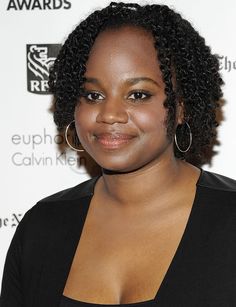 Rees was born in 1977 in Nashville, Tennessee. She attended local schools and college at Florida A&M University. After Business school, Rees held an array of jobs, including working as a salesperson for panty-liners, a vendor for wart-remover and bunion pads, and also worked in marketing and brand management. While working for Dr. Scholl's, Rees worked on set for a commercial and she realized she enjoyed the creation of film content. This led her to pursue film school. For graduate school, she attended New York University's Tisch School of the Arts. While at New York University for film, Spike Lee was her professor and mentor. Dee Rees went on to work under Spike Lee on his films Inside Man (2006) and When the Levees Broke (2006). During this time, she worked on a script for what would later be the feature film Pariah. For her graduate thesis, she adapted the first act of the script and directed it as a short film of the same name. In 2007, the short played at 40 film festivals around the world, winning numerous accolades, including the Audience Award at the Los Angeles Film Festival.

Together with Virgil Williams, Rees wrote Mudbound, a period drama adapted from the 2008 novel of the same name by Hillary Jordan. Rees also directed the film, starring Carey Mulligan, Garrett Hedlund, Jason Clarke, Jason Mitchell, and Mary J. Blige. After being shown at Sundance in 2017, Mudbound became the highest purchase of the festival, being bought for $12.5 million by Netflix. The film shows a story of racism and race relations that continue to be played out today. The movie explores whiteness and the privilege associated with it, while comparing and contrasting the experiences of white and Black folk of the period. This work contains many personal connections for Rees, such as her grandfathers experiences in the army and her grandmother who aspired to be a stenographer, an ambition shared with one of the characters in the film.

Rees' first full-length film was a documentary, Eventual Salvation (2009), aired on the Sundance Channel. The film follows her American-born, 80-year-old grandmother, Amma, as she returns to Monrovia, Liberia to rebuild her home and community. She had barely escaped a decade earlier from the devastating Liberian civil war.

Rees completed development and filming of her debut feature film, Pariah, which she has described as semi-autobiographical. In graduate school Rees interned for Spike Lee, whom she got to executive direct the film. It premiered at the 2011 Sundance Film Festival. Rees was nominated for NAACP Image Awards for Outstanding Directing and Outstanding Writing, and won the Gotham Award for Best Breakthrough Director. Lisa Schwartzman of Entertainment Weekly wrote, "In her fearless, world-here-I-am! debut Pariah, writer-director Dee Rees demonstrates, with simplicity and verve, that there's no substitute for authenticity". Pariah explores the complexities of religion, politics and socioeconomic class within and surrounding a Black family. The short film version of Pariah was initially a thesis project done by Dee Rees in film school. It was difficult to receive funding for the feature film, and the process took about five years to reach completion. The format and content changed significantly from the short film to the feature film. The transition from short film to feature film meant it needed to be more accessible for a wider audience in order to make money. This accessibility reached new audiences and sparked new conversations that were focused on blackness and sexuality in a new way. At the time Pariah (2011) was released, the film was one of the very few films that follow the journey of a young person of colour as they come to terms with their sexuality and come out to their friends and families.

In 2015, Rees' film Bessie premiered on HBO, starring Queen Latifah as the iconic singer Bessie Smith. The film was well received by critics.

Since at least 2017 Rees has been in a relationship with poet & Writer Sarah M. Broom.