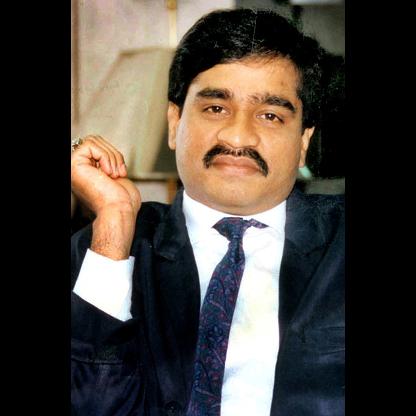 Dawood Ibrahim Kaskar was born on December 27, 1955 in India. Organized crime figure is suspected of involvement in both the 1993 and 2008 terrorist attacks in Mumbai and remains a major point of contention on the subcontinent. India insists he resides in Karachi. Pakistan denies any knowledge of him. 2011 Highlight: In September top Pakistani army and intelligence brass were reported attending wedding of Dawood's son Moin Nawaz at a Karachi mansion known as the "White House." 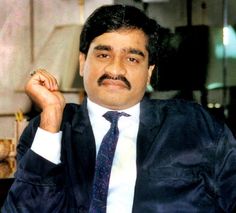 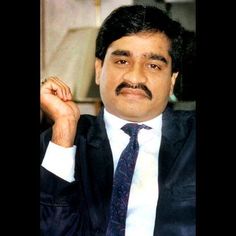 Ibrahim was born on 27 December 1955 in a Konkani Muslim family in Ratnagiri district in Maharashtra, India. His Father, Ibrahim Kaskar, worked as a head constable with the Mumbai Police and his mother, Amina, was a housewife. He lived in the Temkar Mohalla area of Dongri, attended Ahmed Sailor High School from which he dropped out. He grew up in the Dongri locality of Mumbai, which was when he came in contact with the gang of mobster Haji Mastan, after the latter attacked two of Ibrahim's men. Ibrahim, with his brother Shabir Ibrahim Kaskar formed the D-Company.

He currently resides in Karachi and heads the Indian organised crime syndicate D-Company which he founded in Mumbai in the 1970s. Dawood is wanted on the charges of murder, extortion, targeted killing, drug trafficking, terrorism and various other cases. He was designated as a global terrorist in 2003 with the head money of US$25 million. In 2011, he was named number three on World's 10 most wanted Criminals.

Dawood Ibrahmim and his syndicate D-Company have been linked to the financing of the Bollywood film industry. A number of Bollywood studios and films were financed by D-Company in the 1980s and 1990s. Ibrahim was linked to a number of celebrities during that time, including the beauty pageant contestant Anita Ayub and the Bollywood Actress Mandakini. D-Company is also known for extortion and threats targeted towards Bollywood producers and celebrities, and was involved in the murders of Bollywood producers Javed Siddique and Gulshan Kumar.

The United States Department of the Treasury designated Ibrahim as a terrorist as part of its international sanctions program, effectively forbidding US financial entities from working with him and seizing assets believed to be under his control. The Department of Treasury keeps a fact sheet on Ibrahim which contains reports of his syndicate having smuggling routes from South Asia, the Middle-East and Africa shared with and used by terrorist organization al-Qaeda. The fact sheet also said that Ibrahim's syndicate is involved in large-scale shipment of narcotics in the United Kingdom and Western Europe. He is also believed to have had contacts with al-Qaeda leader Osama bin-Laden. In the late 1990s, Ibrahim traveled to Afghanistan under the Taliban's protection. The syndicate has consistently aimed to destabilise the Indian government through riots, terrorism and civil disobedience.

Ibrahim is widely believed to have masterminded the March 1993 bombings in Bombay. In 2003, the Indian and United States governments declared Ibrahim a "Global Terrorist." The Indian Deputy Prime Minister, Lal Krishna Advani described it as a major development. Ibrahim is currently on India's "Most Wanted List".

The 2002 film Company is based loosely on D-Company's activities, and its sequel (prequel to events in the movie), the 2005 film D, as well as Shootout at Lokhandwala (2007) and the 2010 film Once Upon a Time in Mumbai. The 2013 movie Shootout at Wadala is based on the rise of the D-Company. The film Haseena Parkar (2017) is a biographical crime film based on his sister, Haseena Parkar.

On 21 November 2006, it was reported that ten members of Ibrahim's gang were arrested by the Crime Branch of Mumbai Police. They were extradited from the United Arab Emirates, from where they had been deported.

India Today reported that Ibrahim provided the Logistics for the 2008 Mumbai attacks.

In 2006, Ibrahim's daughter, Mahrukh Ibrahim, married Junaid Miandad, the son of Pakistani cricketer Javed Miandad. In 2011, his daughter Mehreen, 24, married Ayub, a Pakistani-American. His son Moin married Saniya, daughter of a London-based businessman on 25 September 2011. Several of his family members, including his brother, Iqbal Kaskar, live in Mumbai.

In 2013, former Indian cricketer Dilip Vengsarkar alleged that in 1986, Dawood had entered the Indian team dressing room in Sharjah and offered each Indian player a car if they beat Pakistan in the Sharjah Cup final.

According to a dossier prepared by India in August 2015, to be handed over to Pakistan, Ibrahim has nine residences in Pakistan and has three Pakistani passports which he frequently uses to travel.