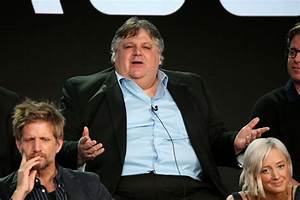 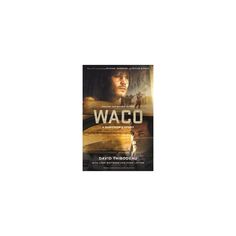 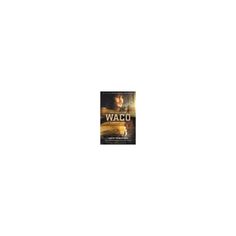 Thibodaux was born in New Iberia in Iberia Parish, to Albert Joseph Thibodaux and Charlie Janet Thibodaux (November 15, 1932 – January 27, 2006). He graduated from Cathedral Carmel Catholic High School in Lafayette. He received his Bachelor of Arts and Master of Arts degrees from ULL, (then known as the University of Southwestern Louisiana). He obtained his Ph.D. from Kansas State University in Manhattan, Kansas, before he joined the UL Lafayette faculty in 1980.

David Glenn Thibodaux (December 1, 1953 – March 24, 2007) was an influential professor at the University of Louisiana at Lafayette for twenty-seven years and a member and officer of the Lafayette Parish School Board for twelve years. A notable political figure, he ran three times for the United States House of Representatives for Louisiana's 7th congressional district.

At the time of his death, Roger F. Villere, Jr., chairman of the Louisiana Republican Party, heralded Thibodaux as a pioneer of the GOP in southwestern Louisiana. Disenfranchised with the controlling Democratic Party due to widespread corruption throughout the state in the 1970s and 1980s, Thibodaux sought to enhance the position of Louisiana's Republican Party to restore a viable two-party system in the state. He was elected to the Republican State Central Committee and served as a delegate to the 1988 Republican National Convention.

In 1986, Thibodaux ran fourth, with 21,082 votes (12 percent), in a six-candidate field for the United States House of Representatives for Louisiana's 7th congressional district, since disbanded and merged into the 3rd district. In a strong third place was legislator James David Cain of Dry Creek in Beauregard Parish, who polled 40,554 votes (24 percent). The two top vote-getters were Democrat (and later Republican) James A. "Jimmy" Hayes of Lafayette, who received 51,137 votes (30 percent). His opponent in the general election, fellow Democrat Margaret Lowenthal, the first woman to represent Calcasieu Parish in the Louisiana House of Representatives, received 42,839 votes (25 percent). In the general election, Hayes defeated Lowenthal, who remained in the state House until 1988.

In 1990, Thibodaux ran again for the U.S. House for the 7th Congressional District. The seat had never been held by a Republican and was a known Democratic stronghold, famously held by Edwin Edwards from 1965 to 1972, before he was elected to his first of four terms as governor of Louisiana. Edwards supported his protégé, John Breaux, to run as his successor. Breaux held the seat until 1986 before being elected to the U.S. Senate for the first of three terms in which he became one of the nation's most influential legislators. Breaux then supported Jimmy Hayes of Lafayette, who won the seat as his successor in 1986. Thibodaux lost his 1990 bid to the two-term incumbent Hayes. Thibodaux received almost 70,000 votes, nearly 40 percent of the vote.

In 1996, Thibodaux launched a third campaign for the 7th District seat. Hayes switched to Republican affiliation and vacated his House seat to seek the open U.S. Senate position in 1996. With the 7th Congressional seat open, Thibodaux saw the election as the best opportunity for a Republican to carry the 7th district for the first time. Under the unique Louisiana primary system, Thibodaux lost a spot in the general election against Democrat Chris John by only twelve votes. On election night, Thibodaux was projected as finishing in second place, ensuring a spot in the general election, over 200 votes ahead of the third-place finisher Democrat Hunter Lundy. However, after a week of ballot recounts, John led with 45,404 ballots (26 percent). Lundy trailed with 38,605 votes (22 percent), just 12 votes ahead of Thibodaux's 38,593 votes (also 22 percent). While Thibodaux was the endorsed Republican candidate, three other Republican candidates campaigned as well. The presence of the three other Republicans, Jim Slatten, Peter Anthony Vidrine (born November 1957) of Ville Platte in Evangeline Parish, and Charles "Charlie" Buckels, with a total of 25,840 votes (15 percent), cost Thibodaux an opportunity to enter a face-to-face showdown with John in the general election. Vidrine ran unsuccessfully for the Louisiana House of Representatives for District 38 in 2011 and subsequently joined the Constitution Party.

With only twelve votes separating Thibodaux from a spot in the runoff, many urged Thibodaux to challenge the election results amid widespread reports of irregularities and election fraud across the state. In Louisiana's election for U.S. Senate that year, Republican Woody Jenkins contested the results of his narrow loss to Democrat Mary Landrieu claiming election fraud, including ballot tampering, voter fraud, and illegal busing in precincts statewide, including those in the 7th District. Jenkins brought his challenge to the U.S. Senate, arguing for a new election in front of the Senate Rules Committee. After a 10-month investigation revealed that fraud had occurred, the committee voted 8-7 along party lines to uphold the election results. Thibodaux chose not to pursue his own challenge of the results of the House race. Chris John went on to defeat Hunter Lundy in the general election and held the seat until he ran for the U.S. Senate in 2004, when he was defeated by the Republican David Vitter.

Services were held on March 28, 2007, at the Cathedral of St. John the Evangelist Catholic Church in Lafayette. Thibodaux's eulogist was Alfred Boustany, Jr., his best friend since elementary school, and cousin of Charles Boustany, Jr. Judge Richard Haik told those in attendance: "You are David's eulogy. People from all walks of life came here out of respect and love."

When John vacated the seat, Thibodaux decided to run again. However, when a recently retired physician, Charles Boustany, Jr., a longtime friend and supporter of Thibodaux in previous elections, decided to enter the race, the Republican party gave Boustany the endorsement. Thibodaux endorsed Boustany in the general election, who went on to defeat State Senator Willie Mount of Lake Charles with 55 percent of the vote, and became the first Republican elected to represent Louisiana's 7th District. In 2008, then State Senator Donald R. Cravins, Jr., lost his bid against Boustany.

In 2011, the Lafayette Parish School System announced the opening of the David Thibodaux Career and Technical High School. The mission of the new school was to provide students career and technical industry-based certification and college credit, which was a vision Thibodaux had fought for in the years before his death.

The school was rededicated as the David Thibodaux STEM Magnet Academy the following school year, which extended enrollment from 6th through 11th grade, with a 12th grade to be added for the 2013 school year. Students at the school will train specifically for careers in science, Technology, engineering or mathematics - hence the acronym.

Mrs. Thibodaux told The Daily Advertiser that her husband "gave everything that he could. He was the only person I knew that lost sleep over someone else’s children."