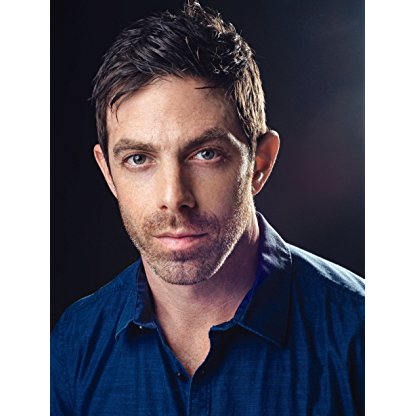 David Shae was born on February 15, 1972 in  Cranston, Rhode Island, United States, is Actor, Writer, Producer. David Charles Moretti Jr., son of lawyer David Charles Moretti Sr. and Mary Lou Moretti in Cranston, Rhode Island, first started acting in Rhode Island in his high school days as a performer in the local sketch comedy group, The Blueberry Johnsons. After touring multiple cities in the Northeast, David hung up his comedy cleats for school and enrolled at Boston College. However, after 4 semesters with an unfulfilling Biology major, he realized LA was where he needed to be, and chose the stage instead of the lab. He headed west, hoping to finish school and pursue TV and film concurrently. For a summer, he interned at NBC and then got accepted into the esteemed University of Southern California, participating in the English and Film programs. Waiting tables by night, studying by day, and taking acting class in between, his journey began.He first studied with the famed Janet Alhanti, alongside Leighton Meesters, Nicole Ritchie, Kristanna Loken, Ashlee Simpson, and Paris Hilton. After graduation, a few small indy film credits and commercials came his way until his big break of The Lair on here!TV. He plays the lead role of Thom Etherton in a vampire series that debuted at the very beginning of the genre's popularity. Three seasons have already aired, and more are rumored to follow. It is the number one rated series on the network.His role on The Lair led to appearances in films such as Manje, Murder.com, and Playing With Fire. He's worked with the likes of Susan Anton, David Chokachi, Robyn Lively, Alexandra Paul, and Sybil Danning.He currently resides in Los Angeles and is pursuing endeavors in acting and producing.While not shooting, Dave is involved with countless charities and supports numerous causes. He works with APLA, The Trevor Project, The Matthew Shepard Foundation, The Center for Health Justice, and the Task Force. He has participated in numerous LA Aids Walks and host2 2 yearly events for POZ magazine, where proceeds go to those living with HIV. He also involves himself with animal rescue groups and has a puppy of his own named Tess.
David Shae is a member of Actor 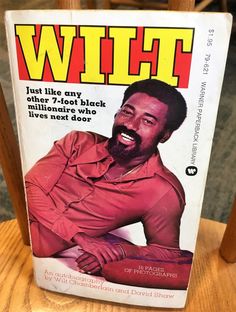 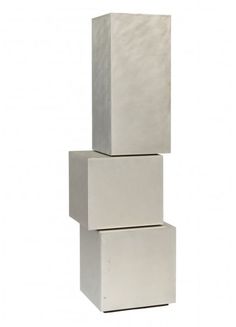 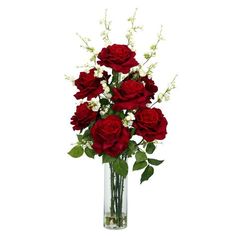 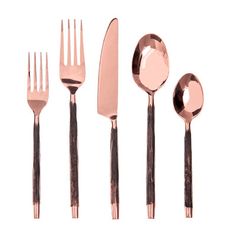 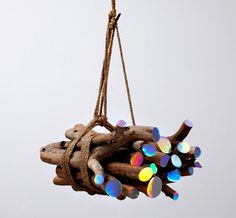 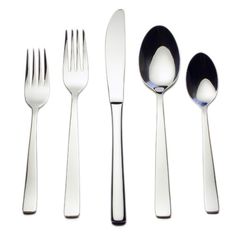 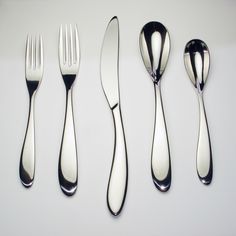 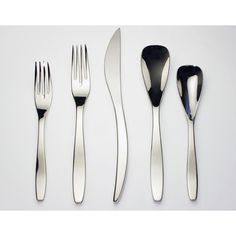 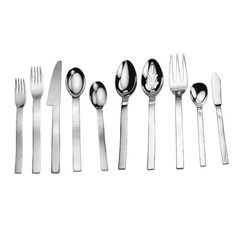 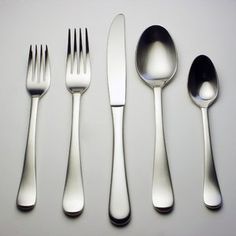 David Sharp was born in Harpenden, near London, and later attended Prior Pursglove College and Nottingham University. He graduated with a Mechanical Engineering degree in 1993. He worked for the Global security company QinetiQ. In 2005 he quit this job and took a Teacher training course, and was planning to start work as a Teacher in the autumn of 2006. David Sharp was also an experienced and accomplished mountaineer, and had climbed some of the world's tallest mountains including Cho Oyu in the Himalayas. Sharp was more of a purist related to mountaineering, and did not believe in using a guide for mountains he was familiar with, local climbing assistance or artificial enhancements, such as high altitude drugs or supplementary oxygen, to reach the top of a mountain.

Sharp ultimately died under a rock overhang below the summit along the Northeast Ridge known by climbers as "Green Boots Cave" near the First Step at 8,500 m (27,887 ft) along the northeast ridge approach to the summit, sitting with arms clasped around his legs, next to and to the right of a green-booted body, who is commonly believed to be Indian climber Tsewang Paljor who died 10 years earlier in the same place in 1996, under somewhat similar circumstances related to seeking shelter in the harsh environment near the top of Everest, and whose body remained on the mountain. The overhang or "cave" at about 8,500 m (27,887 ft) is located alongside the main northeast climbing trail approximately 350 m (1,150 ft) below the summit and approximately 250 m (820 ft) above the high camps, commonly called Camp 4 above ABC, with the high camps located below the "Exit Cracks" that are just before the beginning of the Northeast Ridge route up to the summit.

In 2001, Sharp went on an expedition to Gasherbrum II, an 8,035 m (26,362 ft) mountain located in the Karakoram, on the border between Gilgit–Baltistan province, Pakistan, and Xinjiang, China. The expedition, led by Henry Todd, did not summit due to bad weather.

McGuinness was part of an expedition that successfully climbed Cho Oyu with Sharp in 2002. He also was on the 2003 expedition to Mount Everest with Sharp and other climbers, and in 2006 offered Sharp the opportunity to climb Everest with his organized expedition for little more than what he ultimately paid Asian Trekking, which Sharp declined as he wanted to climb Everest independently. In the documentary Dying For Everest, McGuiness noted that Sharp did not expect to be rescued ... "absolutely not, he was clear to me that he understood the risks and he did not want to endanger anyone else".

Sharp's first Mount Everest expedition was in 2003 with a group led by British climber Richard Dougan. The party also included Terence Bannon, Martin Duggan, Stephen Synnott, and Jamie McGuinness. Only Bannon and McGuinness reached the summit, but the group incurred no fatalities. Dougan noted that Sharp had acclimatized well and was their strongest team member. In addition, Sharp was noted for being a pleasant person at camp and had a talent for rock climbing. However, when Sharp started to get frostbite on the group's ascent, most of the group agreed to turn back with him from the summit.

In 2004, Sharp joined a Franco-Austrian expedition to the north side of Mount Everest, climbed to 8,500 m (27,887 ft), but did not reach the summit. Sharp could not keep up with the others and stopped before the First Step. The expedition's leader was Hugues d’Aubarede, a French climber who was later killed in the 2008 K2 disaster (his third attempt to climb that mountain), but who became, on this 2004 expedition, the 56th French person to summit Everest. D'Aubarede's group reached the summit on the morning of 17 May and included Austrians Marcus Noichl, Paul Koller, and Fredrichs "Fritz" Klausner as well as Nepalis Chhang Dawa Sherpa, Lhakpa Gyalzen Sherpa, and Zimba Zangbu Sherpa (also known as Ang Babu). When Sharp died in 2006, d'Aubarede was on an expedition to K2.

The following week after Sharp's death, three additional climbers from Asian Trekking died during summit attempts: Vitor Negrete, Igor Plyushkin, and Thomas Weber. Two Asian Trekking Sherpas and one IMG Sherpa had died earlier in the season, in the Khumbu Icefall. The Washington Post noted that 2006 was the worst season in terms of deaths since 1996 up to that time, with at least eleven climbers on Everest dying. Of the 11 deaths that season on Everest, 7 were climbers on the northeast ridge (with 4 being with Asian Trekking, along with 2 other climbers and 1 Sherpa), one died attempting to ski down the north face, and three Sherpas died on the south side (including 2 climbing Sherpas from Asian Trekking) as a result of an icefall avalanche. Accordingly, Asian Trekking essentially lost 6 climbers of the 11 that died on Everest that season. There was also one death of a climber on the adjacent Lhotse mountain that season.

The body of Sharp remains on the mountain, but was removed from sight in 2007.

The top of Everest is nearly 9,000 m (29,528 ft) above sea level. The peak was officially recognized in 2010 to be at an elevation of 8,848 m (29,029 ft) with the usual presence of snow/ice. Above about 8,000 m (26,247 ft), which is approaching the cruising altitude of pressurized commercial jetliners, the air is so thin (i.e. the air pressure is so low) that the amount of available oxygen to breathe is less than about one-third that at sea level, and there are significantly lower ambient air temperatures. The lack of oxygen, in addition to the extreme cold, leaves climbers bewildered and very weak, makes them very susceptible to hypothermia or getting frostbite, and can cause them to succumb to altitude sickness (or Acute Mountain Sickness leading to HAPE or HACE) and pass out.

Linda Sharp, David's mother, however, does not blame other climbers. She has said to The Sunday Times, "David had been noticed in a shelter. People had seen him but thought he was dead. One of Russell's [Brice's] Sherpas checked on him and there was still life there. He tried to give him oxygen but it was too late. Your responsibility is to save yourself – not to try to save anybody else."

The high altitudes of Everest can have a dramatic effect on the human body. One climber who summited Everest in 2016 described his coming back down this way: